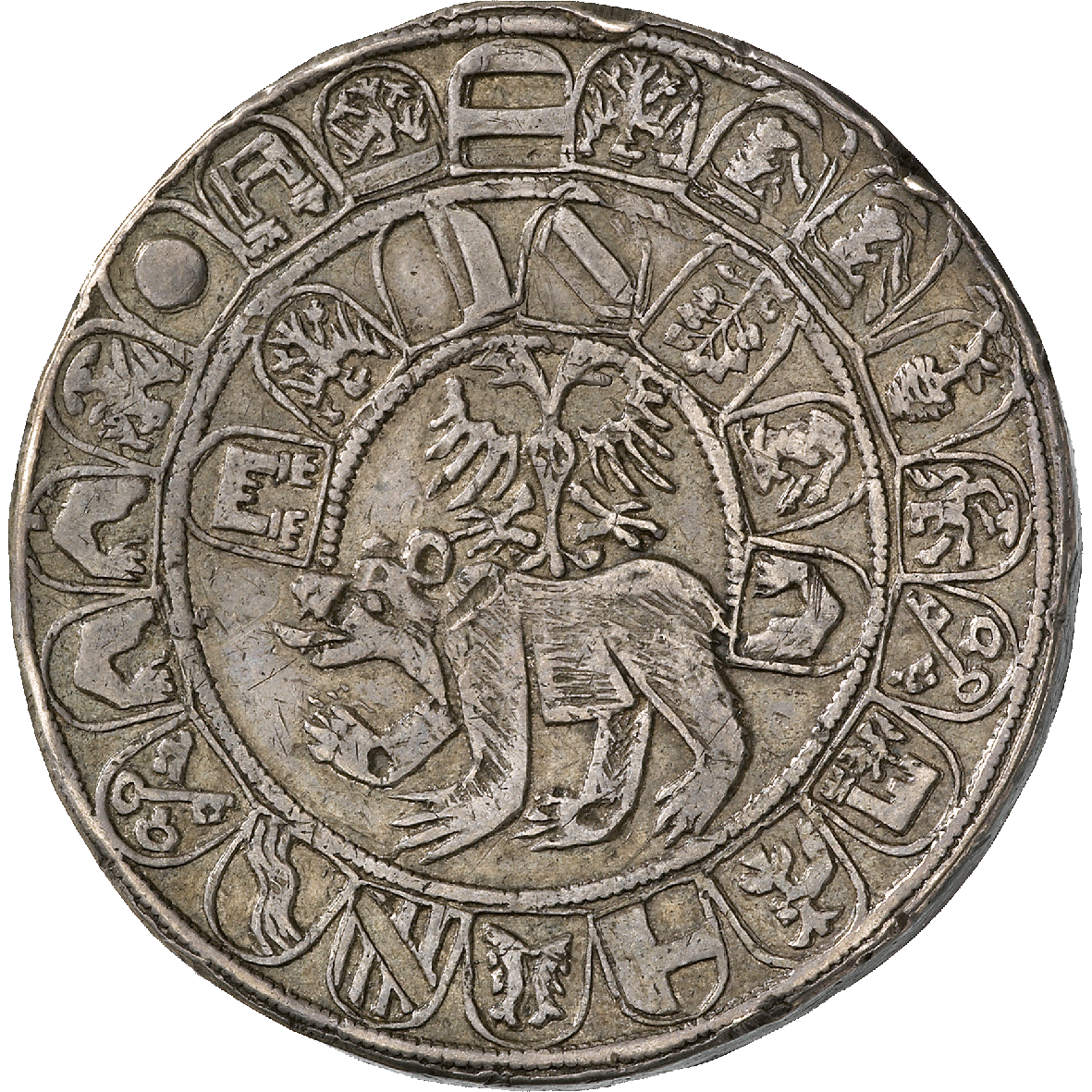 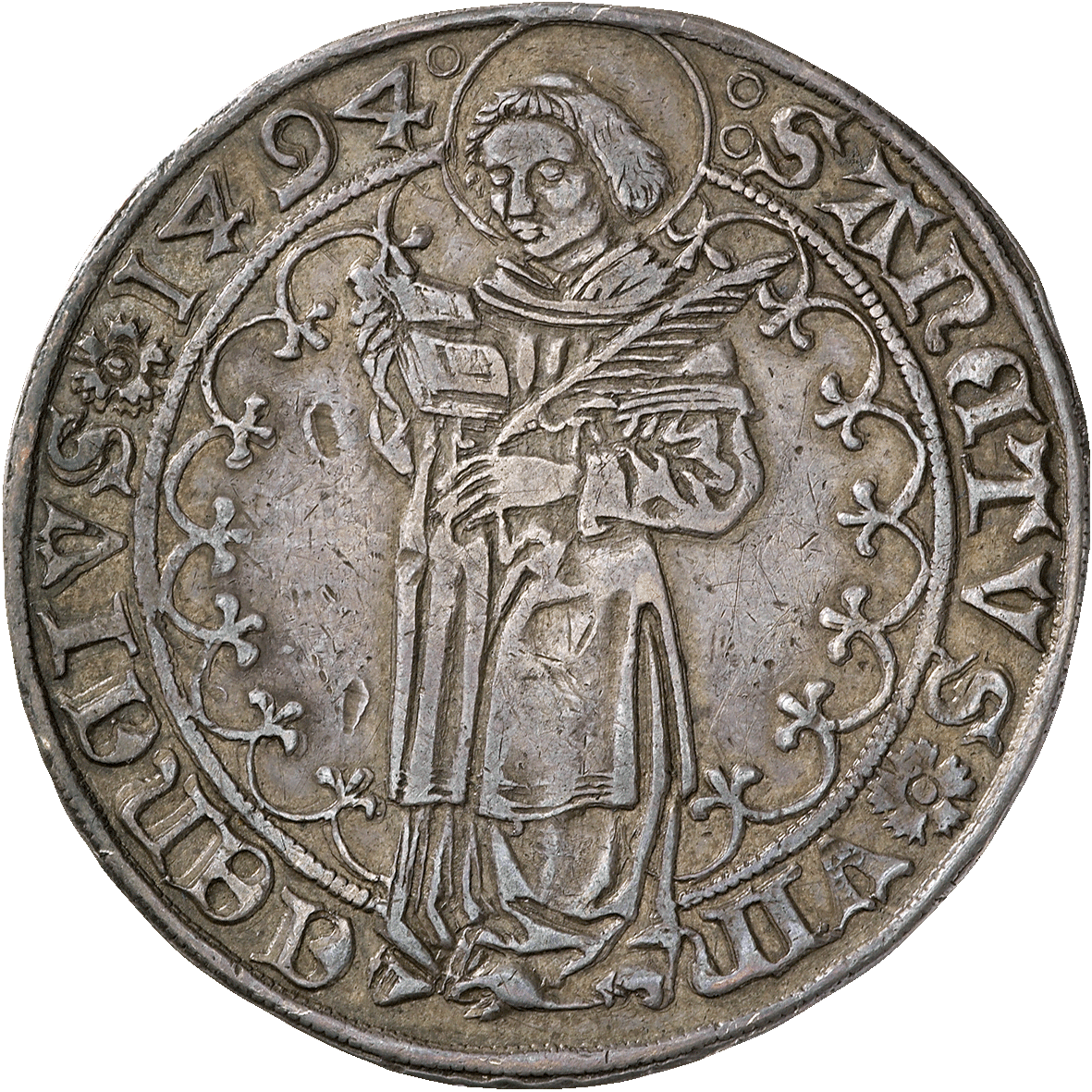 The first talers of Switzerland were struck in 1493 in Berne. On their obverse they bore the bear of Berne beneath the imperial eagle of the Holy Roman Empire. The imperial eagle pointed out that Berne was a free imperial city – a city thus that was ruled by the emperor only. Around the eagle and the bear, the crests of the 27 Bernese bailiwicks were depicted.

The reverse showed Saint Vincent of Saragossa, the city patron of Berne, with a gloriole, a martyr's palm and the book of Gospels. The reformation in Berne made a temporary end to the depictions of saints on Bernese coins in 1528. On the gold coins of 1600 and 1601, however, Vincent returned for the very last time.