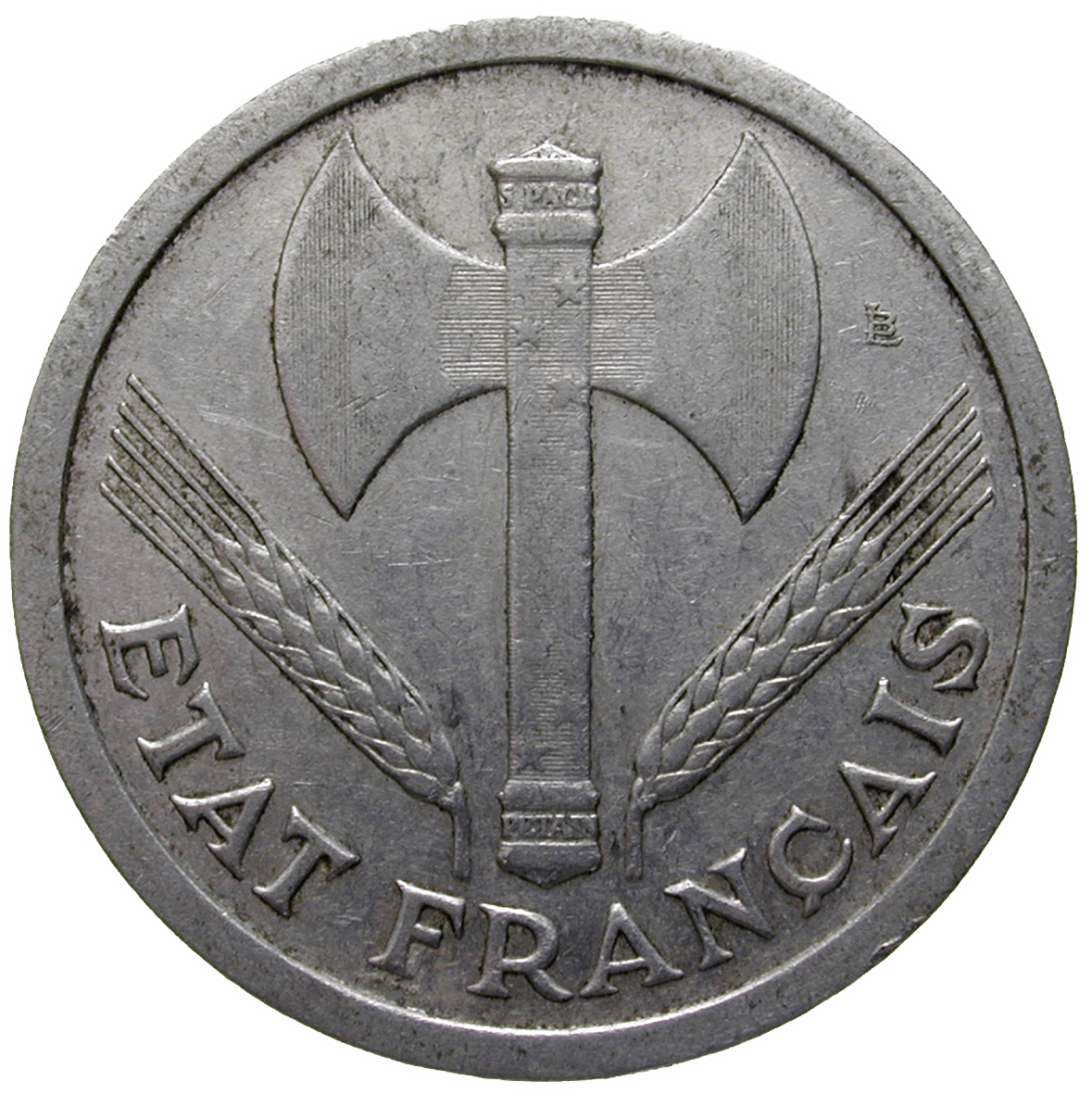 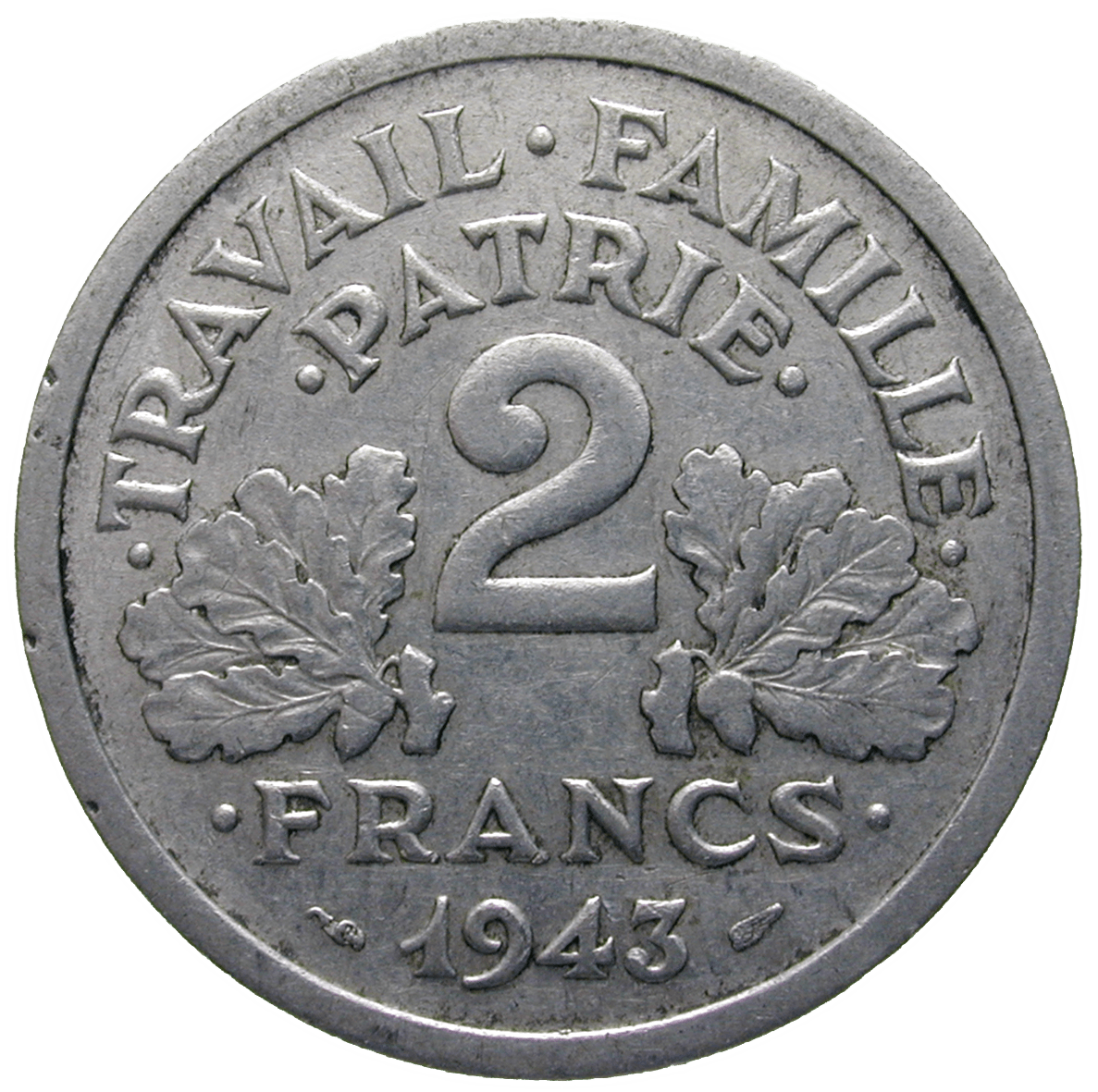 During the Second World War (1939-1945), the German armies invaded France and conquered the land within only a few weeks. For the next years, France was divided: Paris and the north remained under German occupation, while in the south, around the city of Vichy, the so-called Etat FranÁais under Marshall Pťtain (1940-1944) was established. The obverse of this 2 francs-coin depicts the staff of Marshall Pťtain in the form of a double axe Ė an ancient symbol of supremacy and power. The motto on the coin is no longer LIBERT…, …GALIT…, FRATERNIT… ("Liberty, Equality, Fraternity"), the slogan of the French Revolution, but TRAVAIL, FAMILLE, PATRIE Ė "Work, Family, Fatherland."