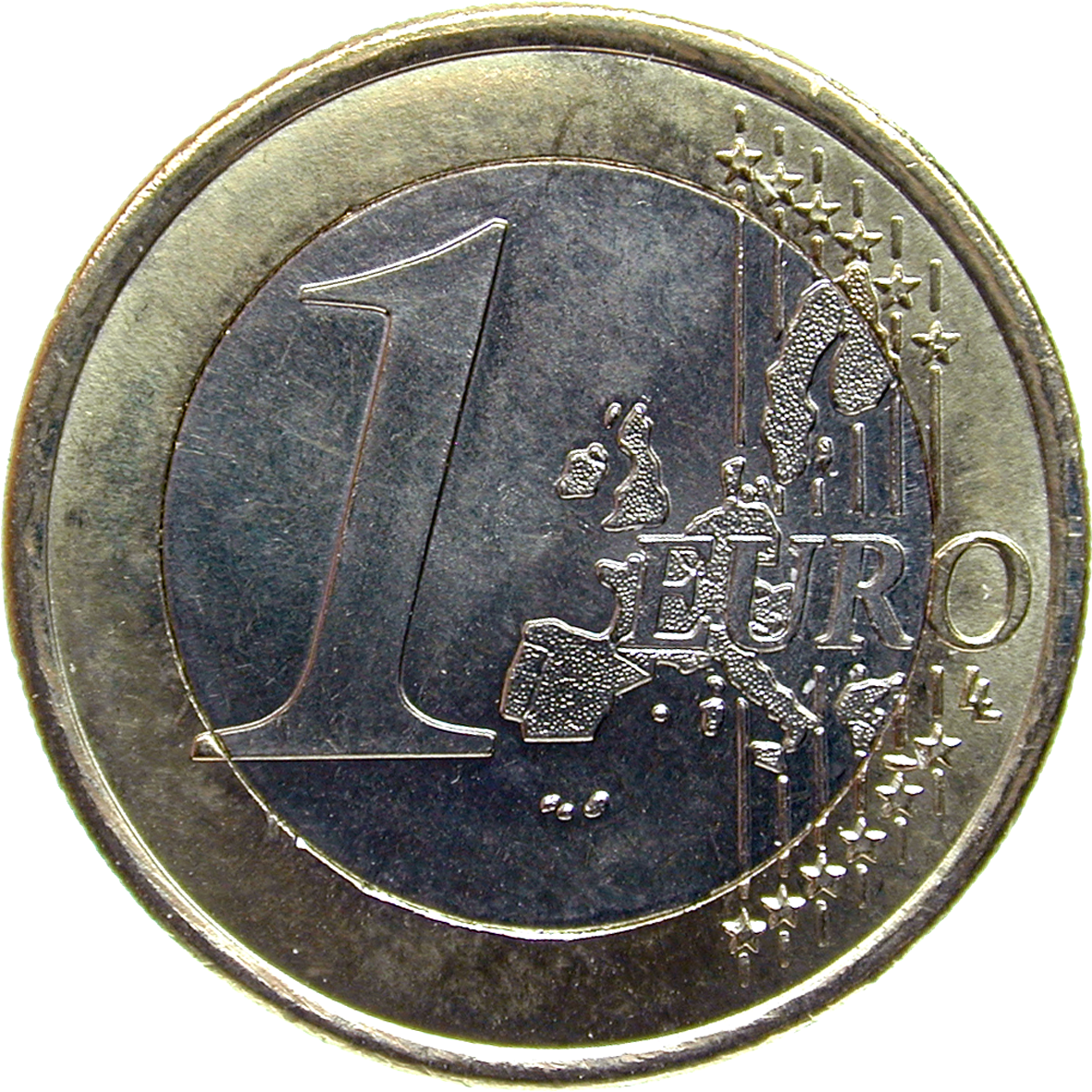 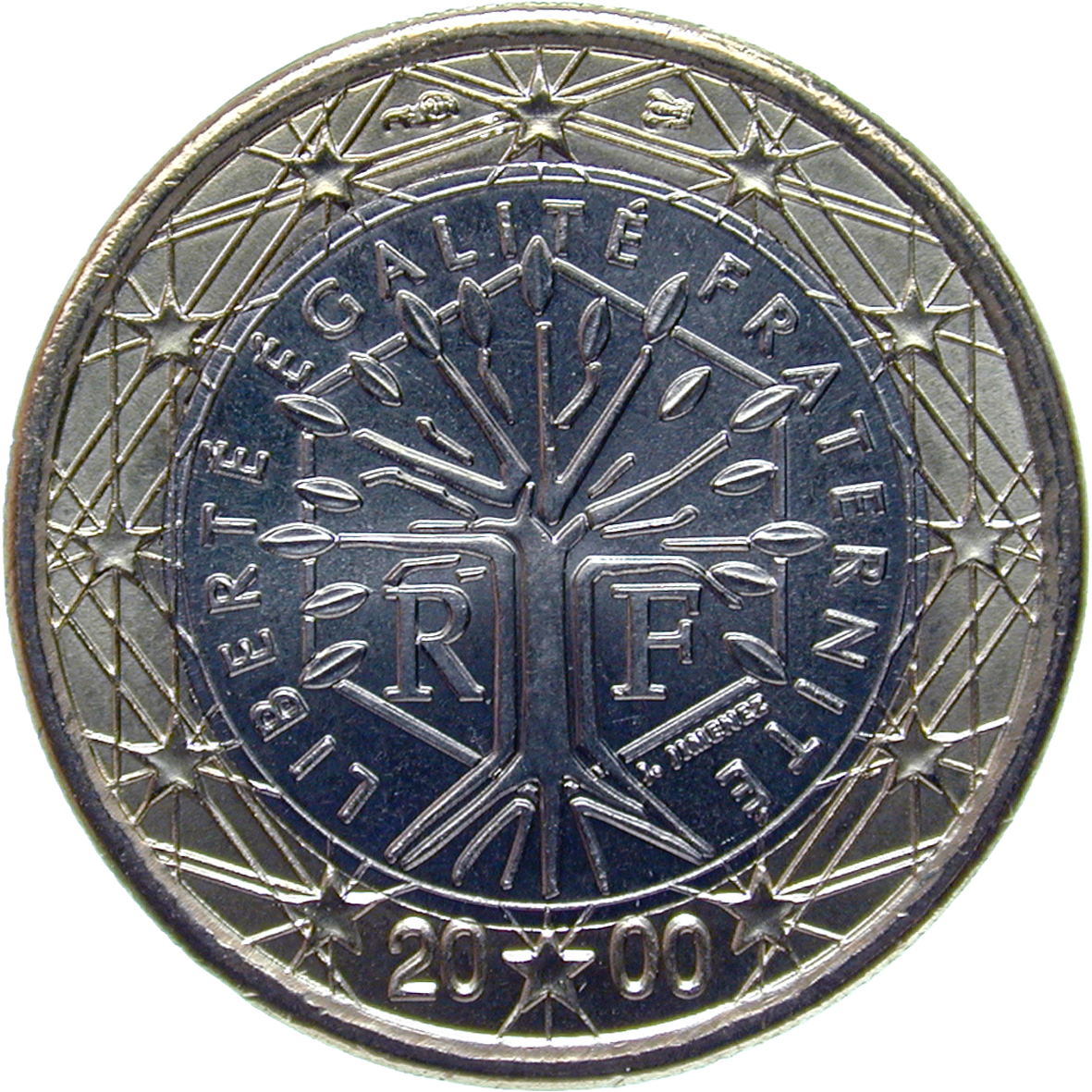 The reverses of the French 2 and 1 euro coins bear a symbol that has never been depicted on French money before. It is a stylized tree, an image of life, growth and durability. With its roots, the tree stands for rootedness in history and its crown symbolizes the striving for the future. Above the twigs is the motto of the French Revolution: LIBERTÉ ÉGALITÉ FRATERNITÉ (liberty, equality, fraternity). The tree stands within a sexangle representing France – the French often speak of their country as "l'hexagone" because of its outline. In the outer ring the twelve European stars are depicted; they are crossed by lines and in this way woven together.