Macedon under the Romans, Tetradrachm 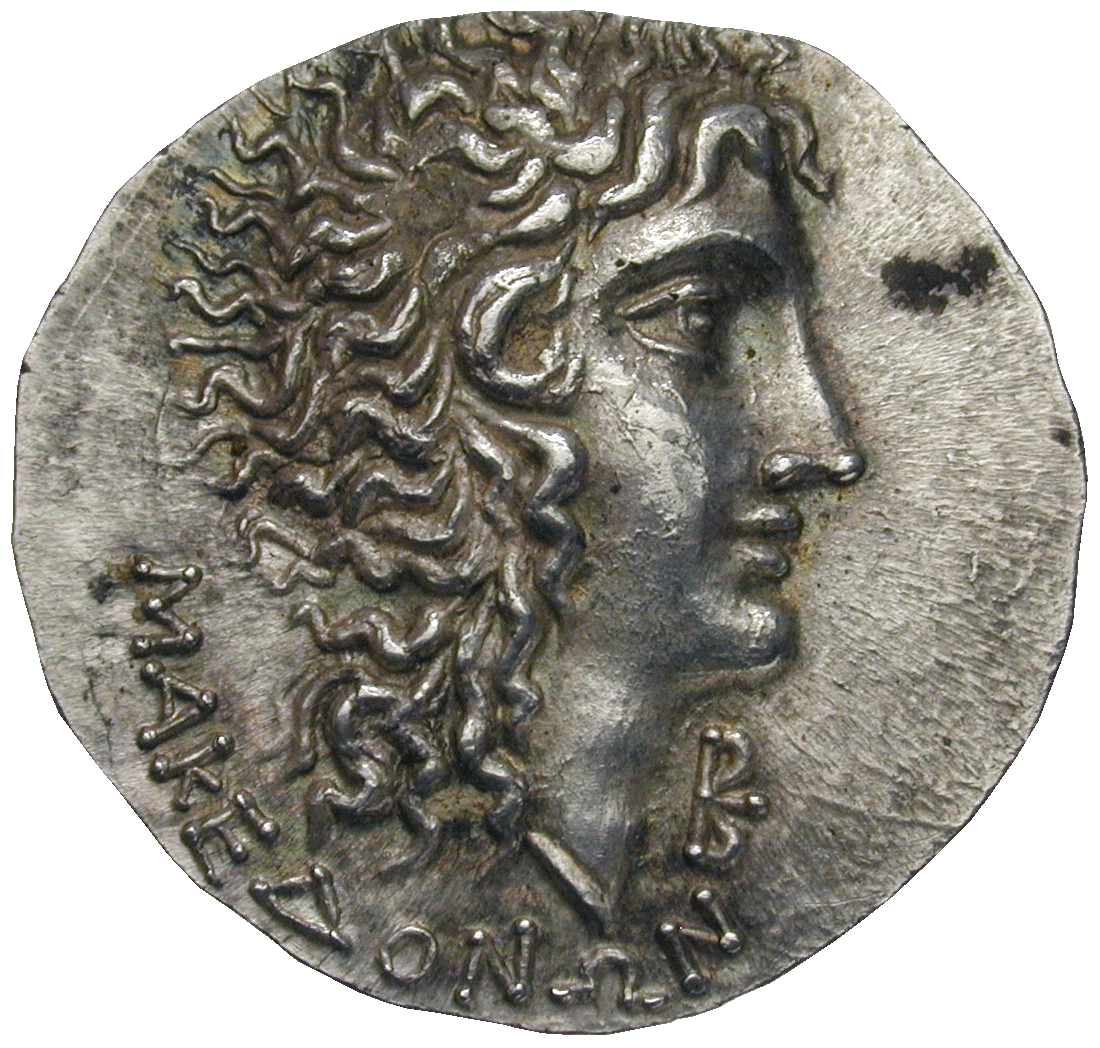 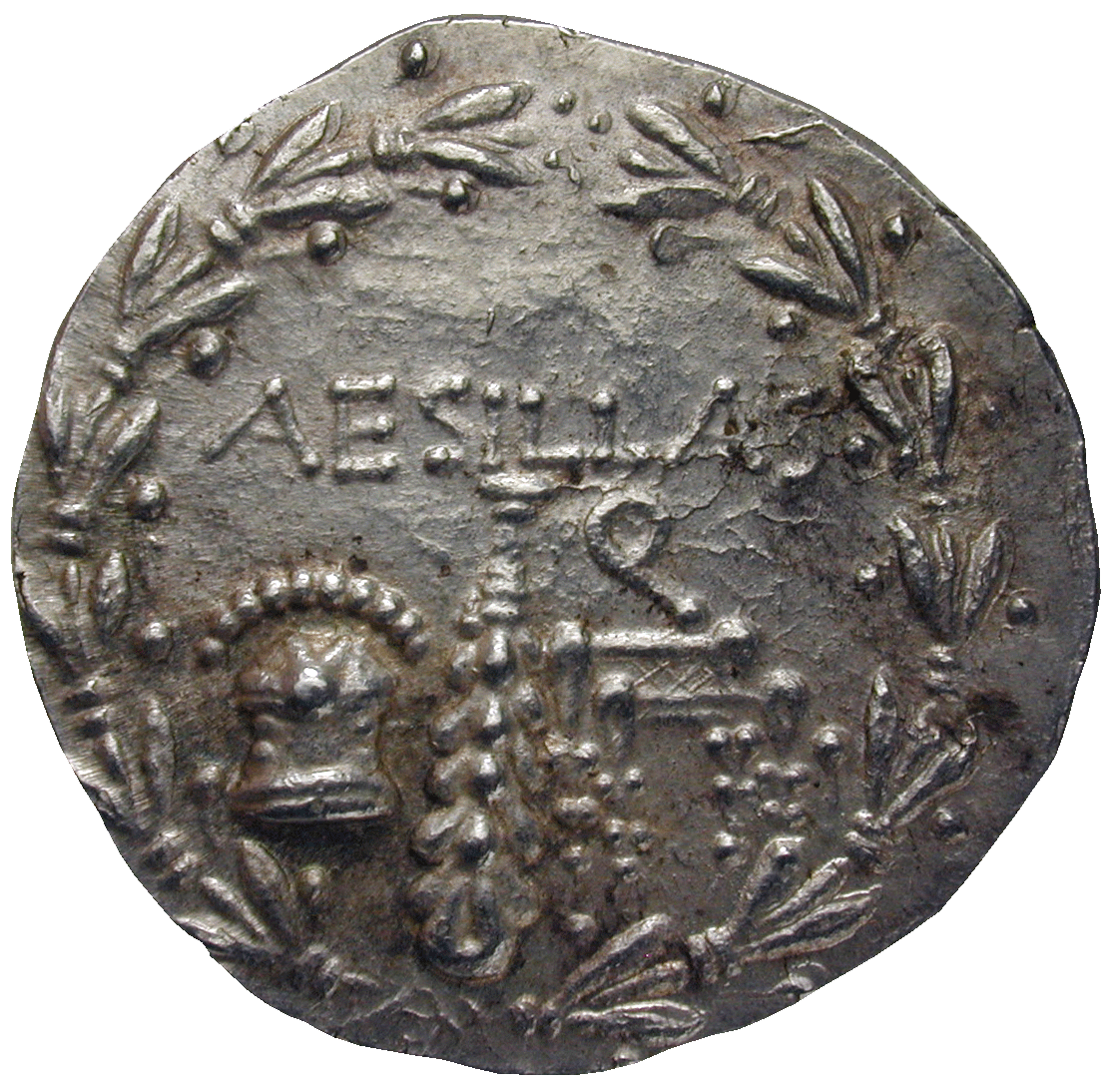 In 148 BC the Roman Empire formally incorporated Macedon, the land from which Alexander the Great had begun his conquest of the world. The Romans admired Alexander, just as they admired Greek lifestyle and art.

Hence when the Romans started to issue their own coins in the new province, they adopted the coin motives that had been used there since the 3rd century BC: the head of Alexander with the horn of Ammon on the obverse and a club on the reverse. Additionally the Roman coins featured a money-chest and a quaestors chair, the regalia of the quaestors, the Roman financial officials. The combination of Greek and Roman cultural elements shows how the new masters of the world absorbed Greek civilization.