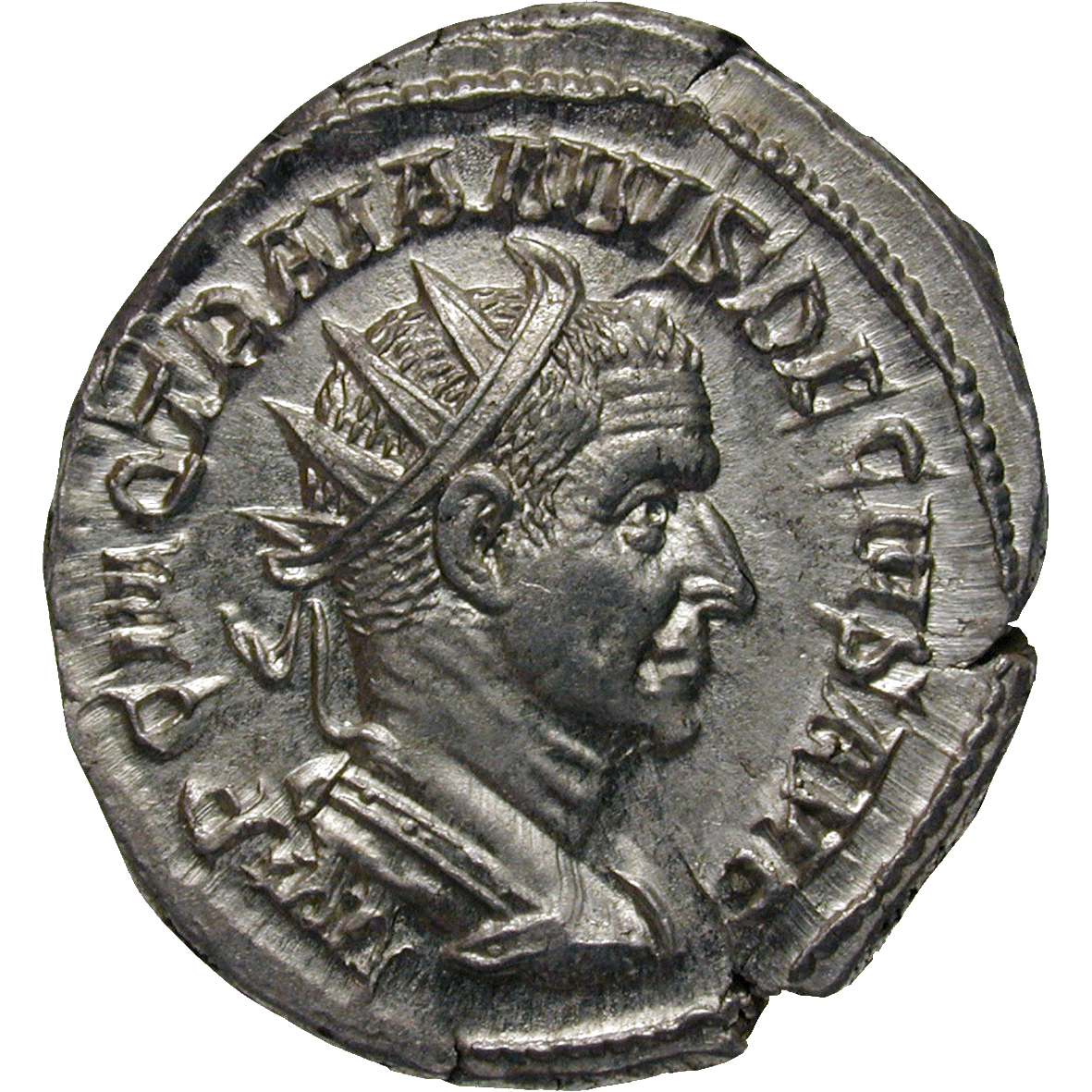 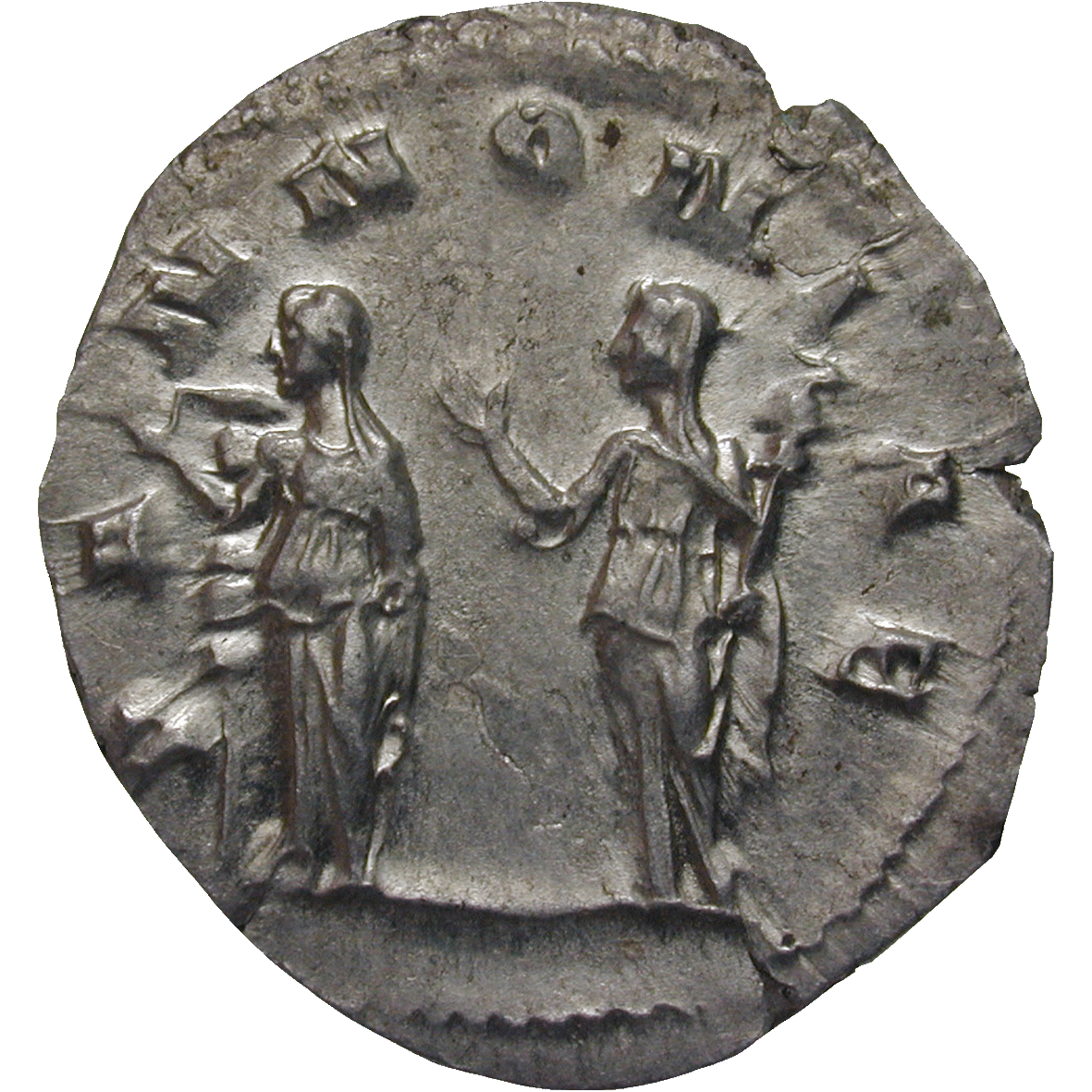 Emperor Decius was the first in a long line of Roman emperors originating from Pannonia. This vast province on the Danube River stretched over parts of todays Hungary, Serbia, Slovenia, Croatia, and Austria.

Decius spent most of his short reign (249-251) campaigning against the Goths, who were crossing the Danube repeatedly at that time. He was killed fighting them, the first Roman emperor to fall in battle against an outer enemy.

This coin shows Decius draped and armored with a radiant crown. On the reverse are two Pannoniae, two personifications of Pannonia. One holds a military ensign, the other a vexillum, a flag like object used as a military standard.