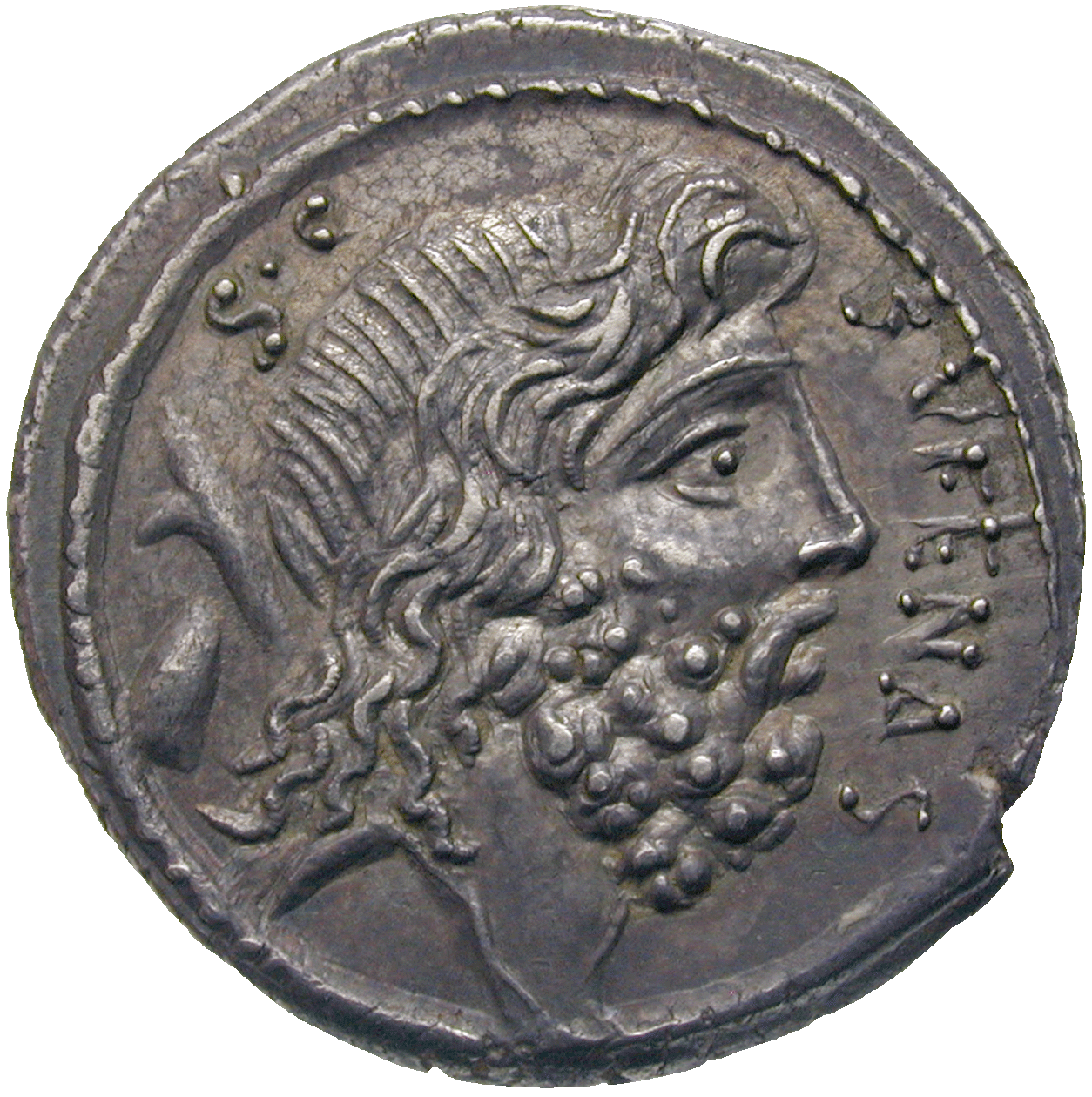 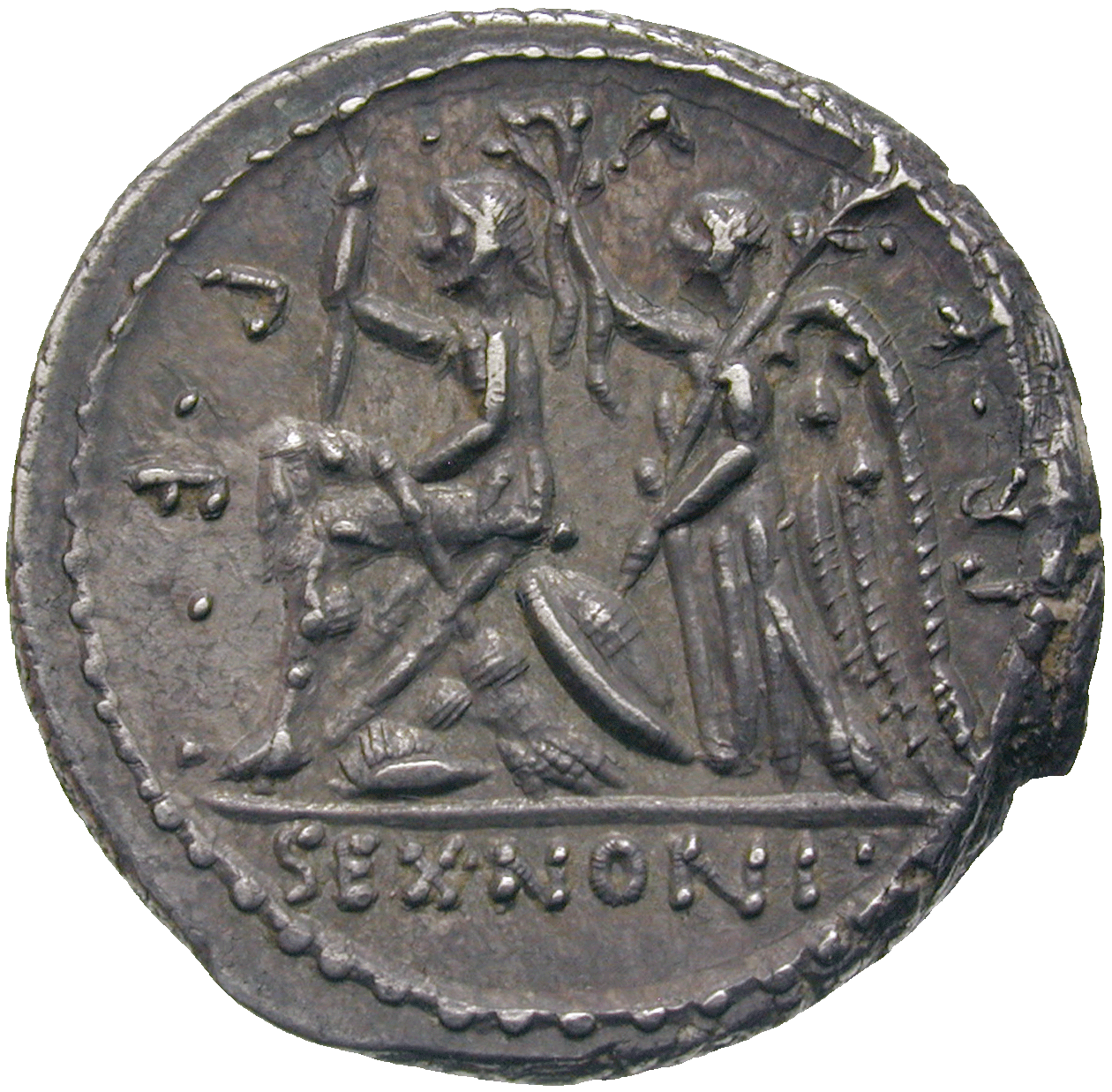 The issuer of this Roman denarius from the year 59 BC was Quaestor Marcus Nonius Sufenas. His name is given on the obverse, in front of god Saturns head. The letters S.C on top indicate that the coin was a special issue commissioned by the Senate: S. C stands for Senatus Consulto, by decree of the Senate.

The reverse shows Roma seated on a pile of captured armors. Victoria, the goddess of victory, is just about to crown her. The legend around is an abbreviation for 'Sextus Nonius praetor ludos Victoriae primus fecit.' It refers to the first celebration by Sextus Nonius, an ancestor of the moneyer, of the Ludi Victoriae of Sulla  games in honor of the victory of the dictator Lucius Cornelius Sulla.

The head of Saturn was depicted on coins of the Roman Republic when the coin series was issued by a Quaestor. These officials supervised the Roman state treasury that was deposited in the temple of Saturn at the Forum Romanum. The actual moneyers, annually elected mint officials, were directly subordinated to the Quaestors.