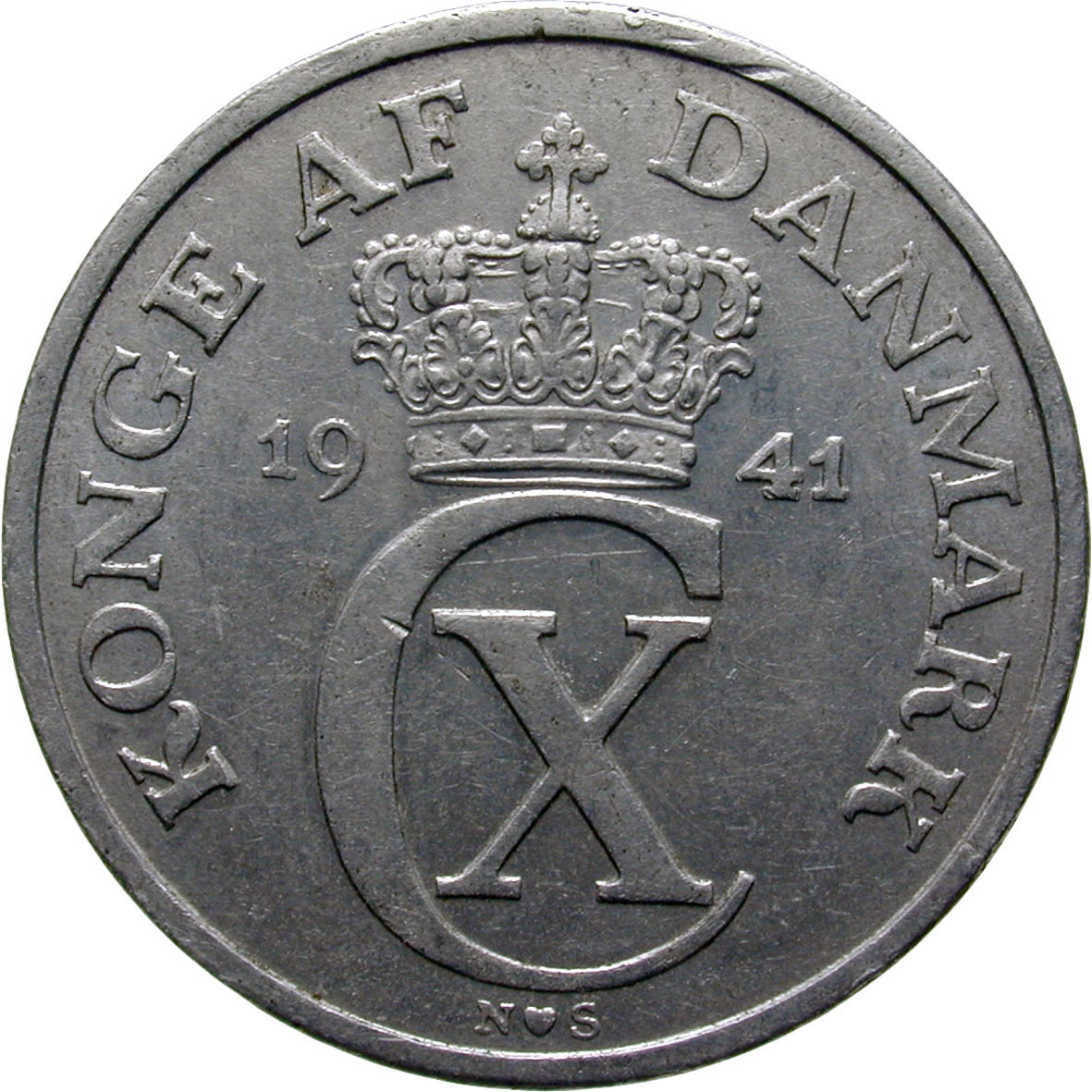 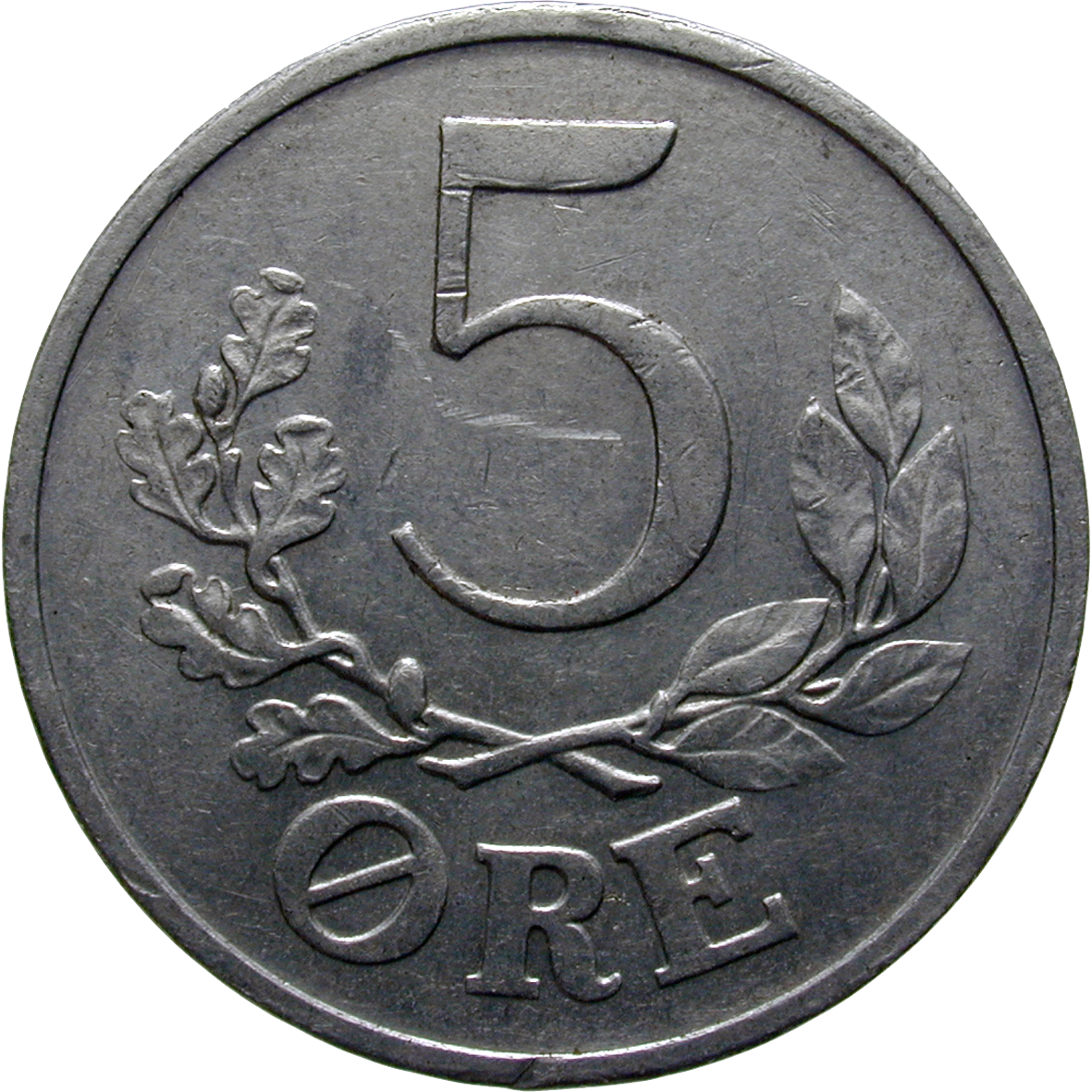 This Danish coin is made from aluminum, a material only used for coinage in times of crisis. Denmark had been under German occupation for almost a year when it was issued. Even though the kingdom had been neutral during World War II and had even signed a non-aggression pact with Nazi Germany, the Germans invaded Denmark in April 1940 without meeting much resistance.

The Danish population did resist two years later, however, when the Jewish population of Denmark was to be deported to the death camps: In a cloak-and-dagger operation about 7000 Jews were smuggled to Sweden; many Danes (and also some German occupiers) helped. Some 1000 Jews that had to stay behind were hidden, with varying degrees of success. The Nazis deported 481 Danish Jews to the concentration camp of Theresienstadt.