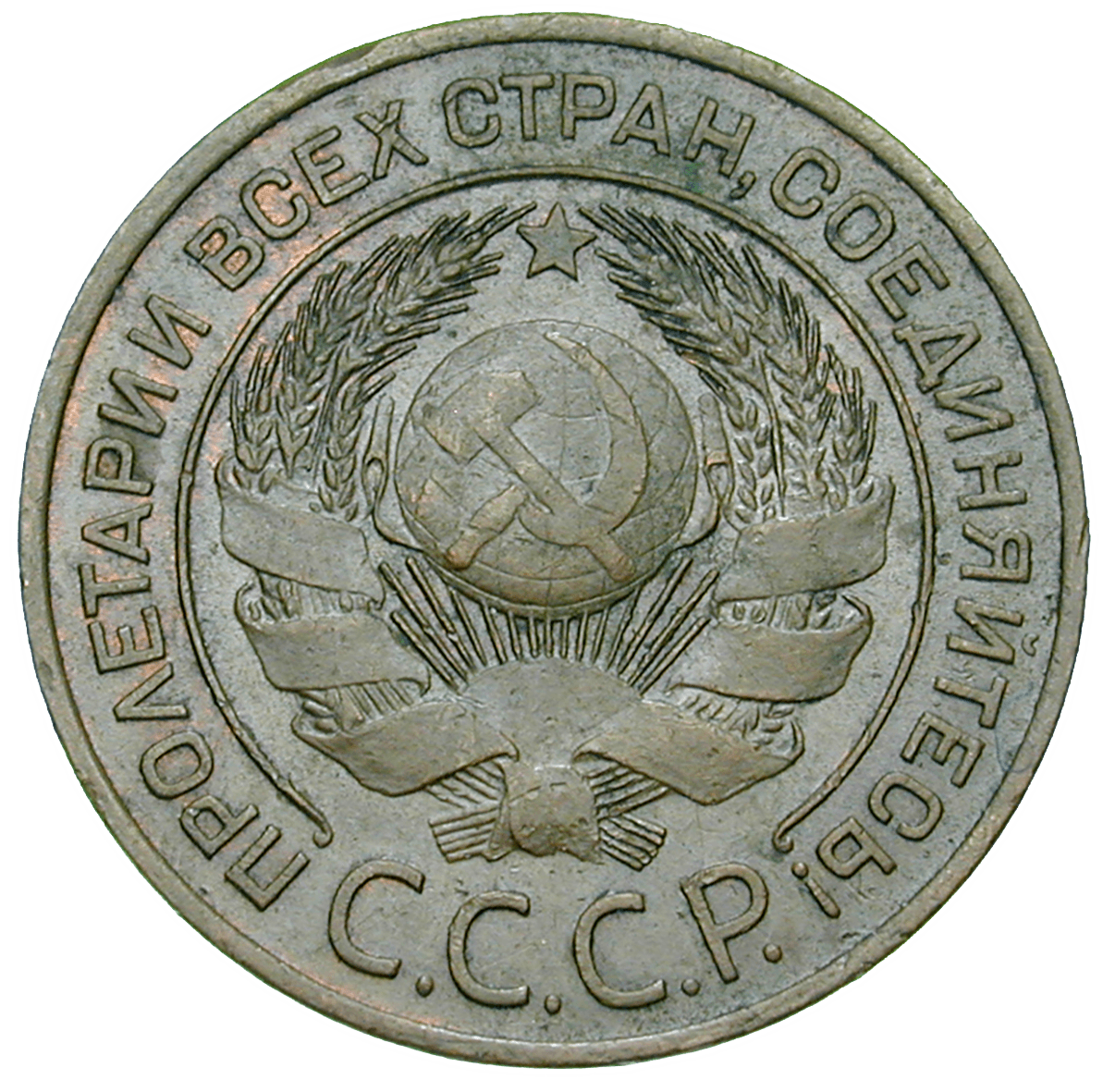 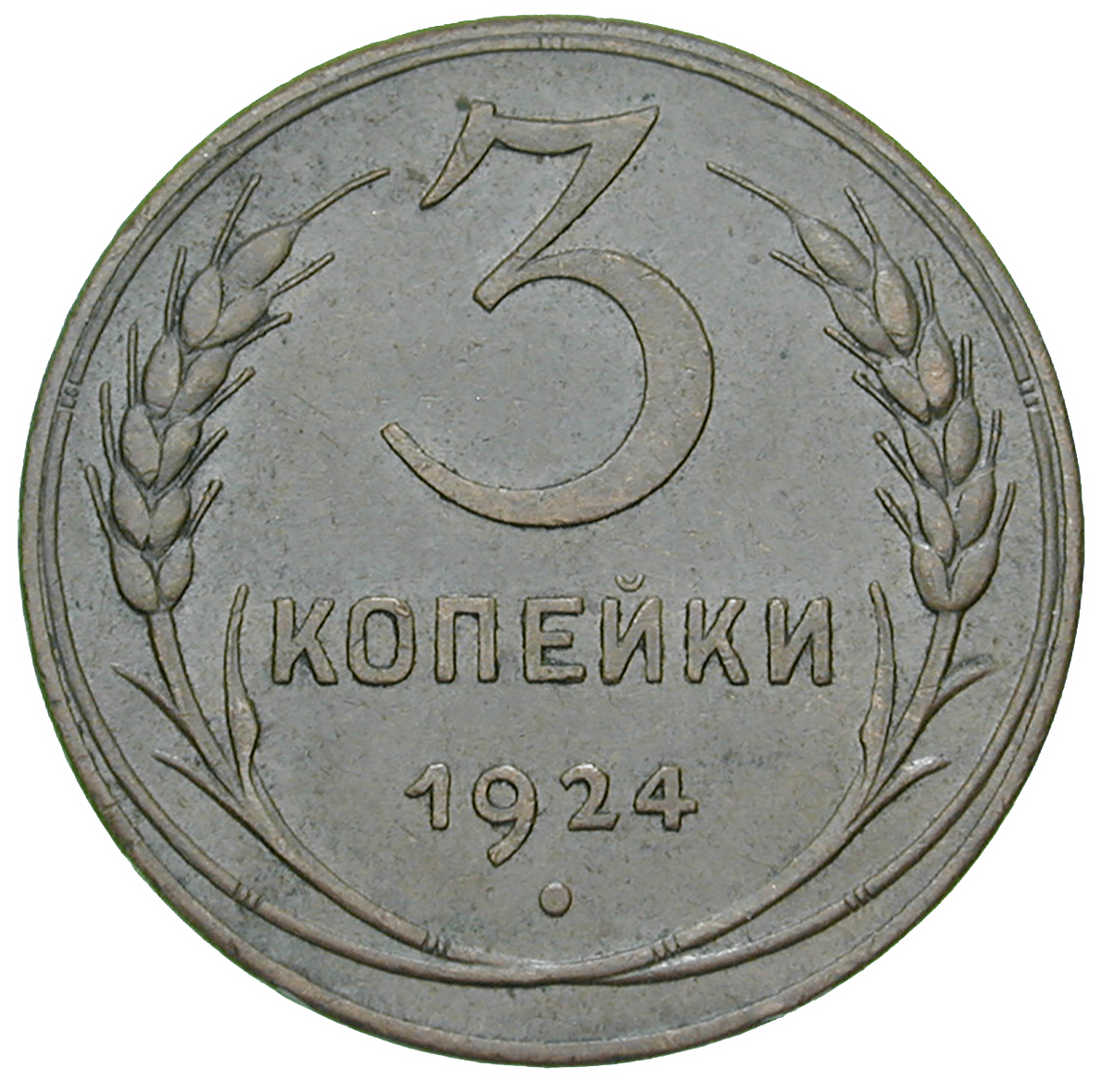 In 1924, the first soviet coins were introduced: bronze coins from 1 to 5 kopecks, and silver coins of 10 to 50 kopecks and of 1 ruble. The coins all depicted the coat of the Union of Soviet Socialist Republics (in short USSR). It shows a hammer and a sickle, symbolizing the workers and the farmers. The background is a globe, for the Communist Party of Russia dreamed of the world revolution. A wreath of ears surrounds those emblems – the ears being a symbol for crop growing. The inscription reads: "Proletarii wsech stran, sojedinjaites!" (Proletarians of all countries, unite!).