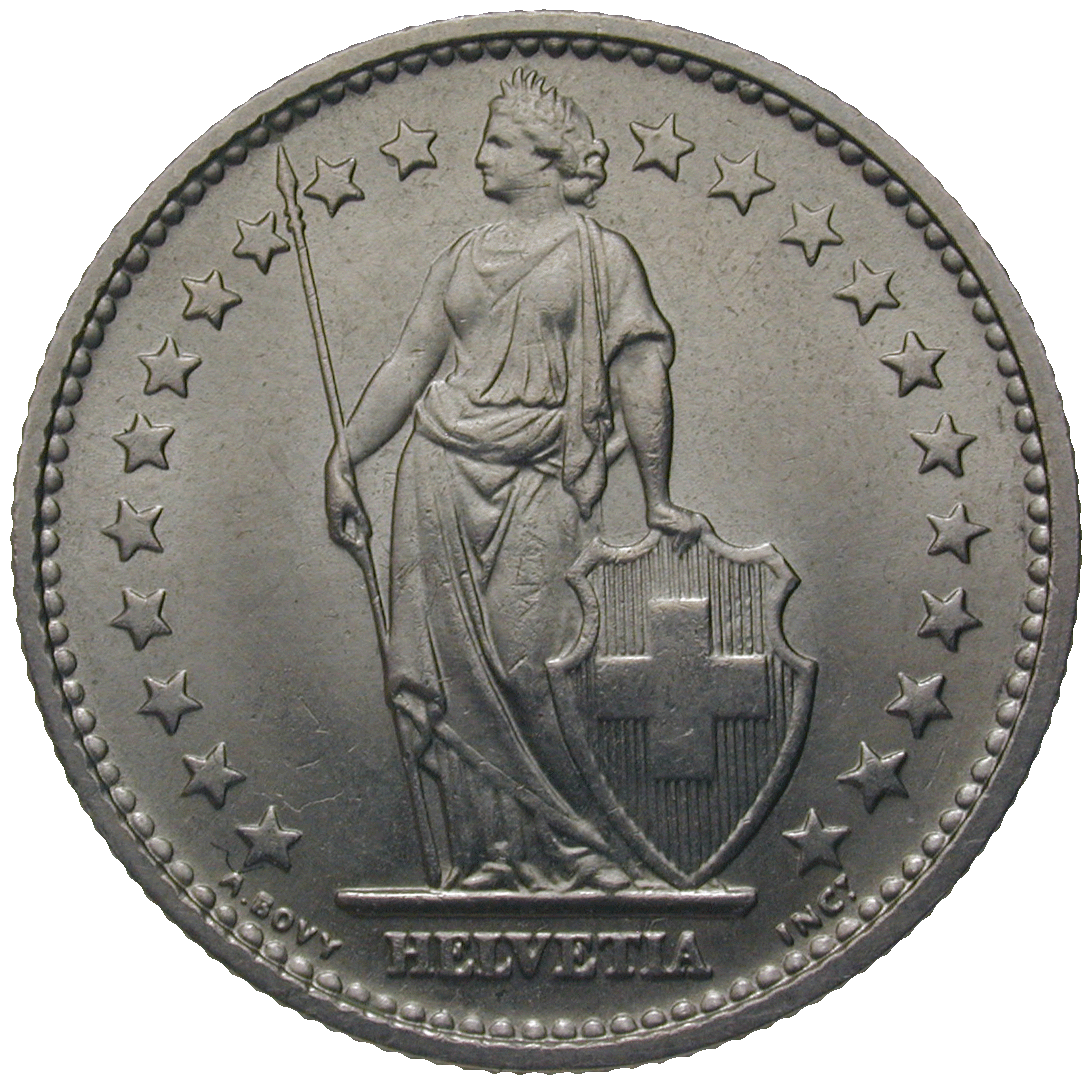 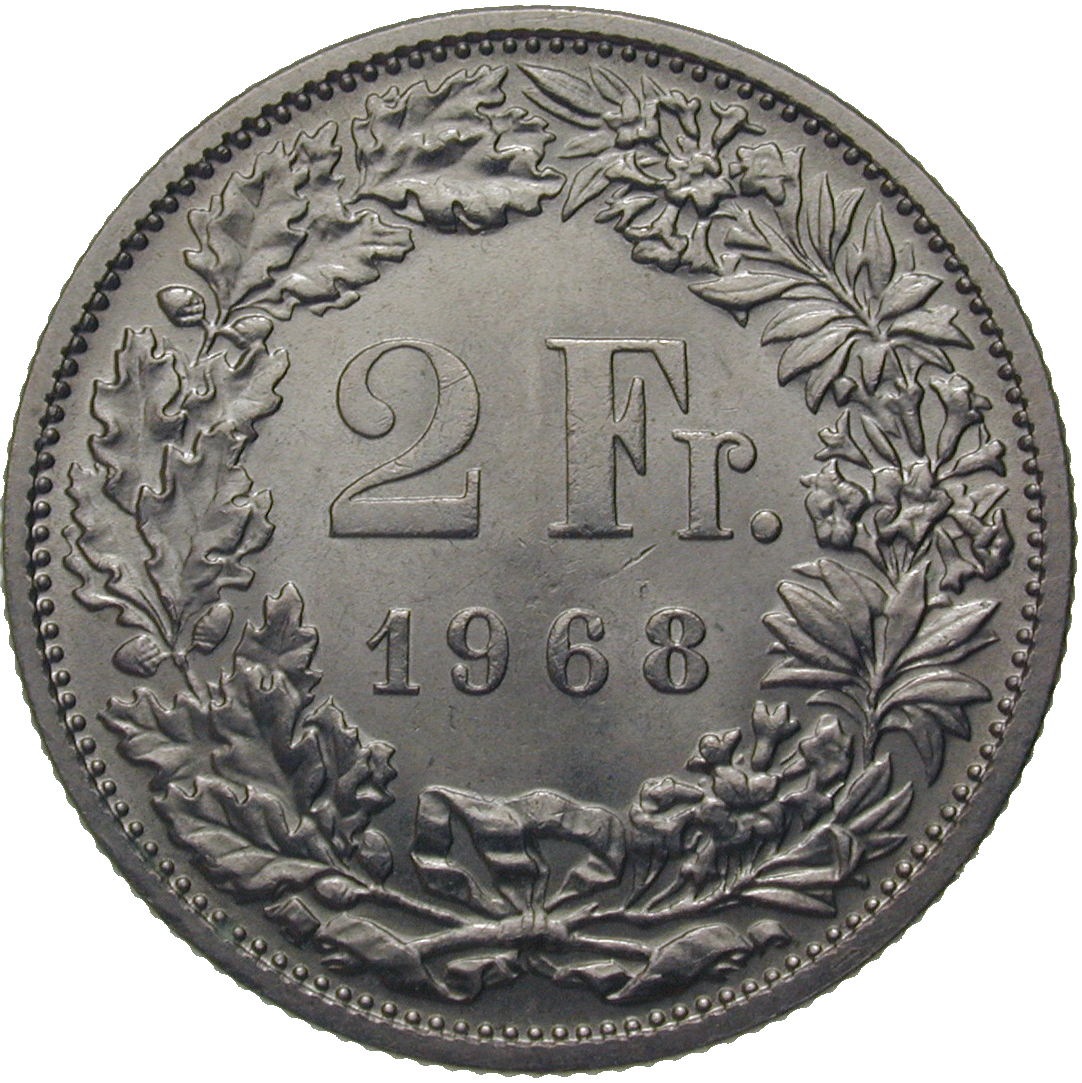 In the summer of 1967, the price of silver began to rise rapidly. In August it reached 260 francs per kilogram, in March 1968 it stood at 350 francs. The Swiss coins, consisting of sterling silver at that time, began to flow out of the country.

In March 1968, the Swiss Federal Council decreed the resolution 'On the Supply of the Country with Silver Coins'. The hoarding and melting of coins was banned, nobody was henceforth allowed to export more than 10 francs in coins. It did not help; the Swiss coins continued to vanish from circulation.

In the spring of 1968 the Swiss mint began to issue new coins from base metals. But despite all efforts it could not supply enough coins. The Swiss mint thus decided to ask the British Royal Mint in London – one of the most efficient mints worldwide – for help. 10 million 2-franc-pieces, 15 million 1-franc-pieces and 20 million 50-rappen-pieces thus were produced in England. They are easy to recognize, since unlike the coins minted in Berne, the 'Londoners' do not have a mintmark.