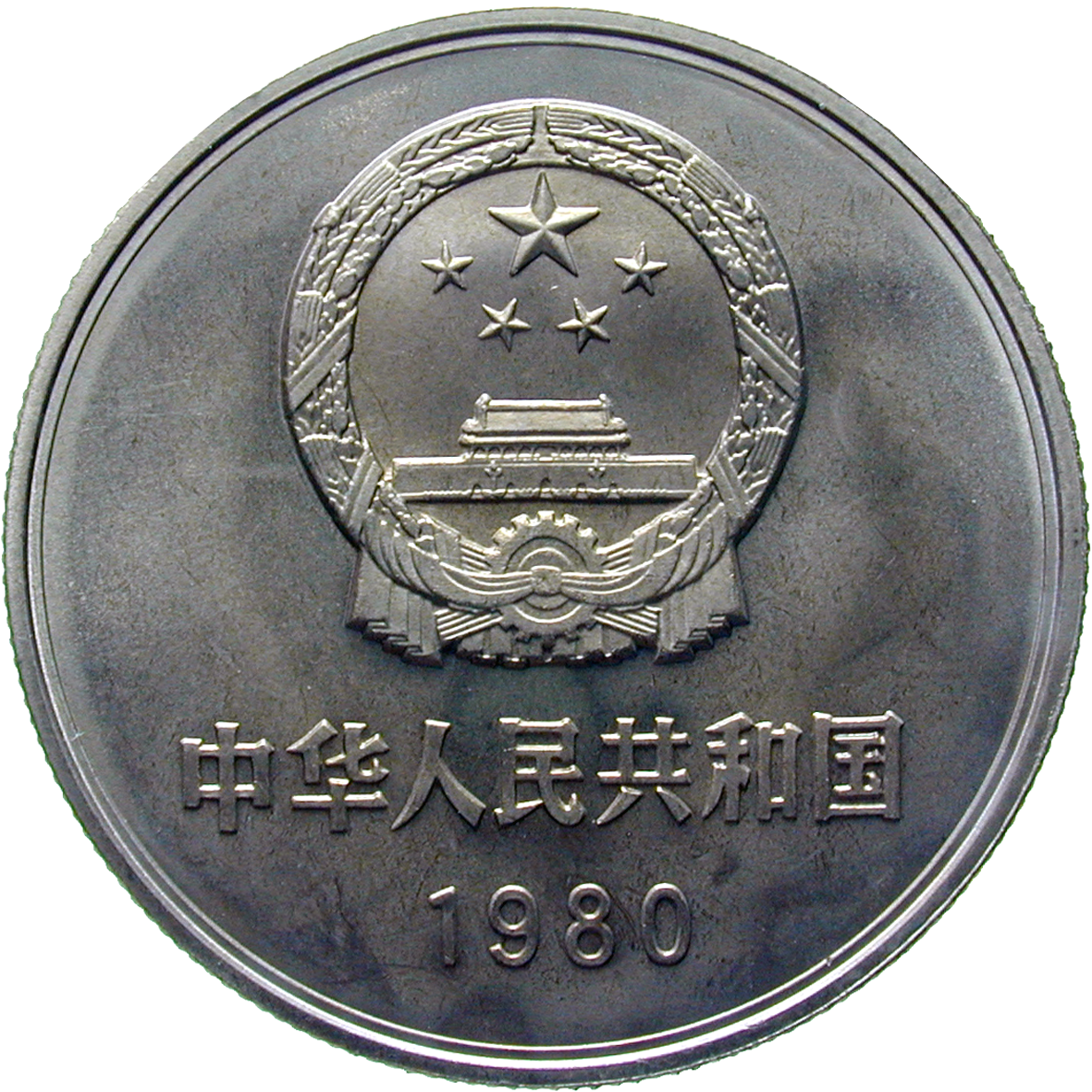 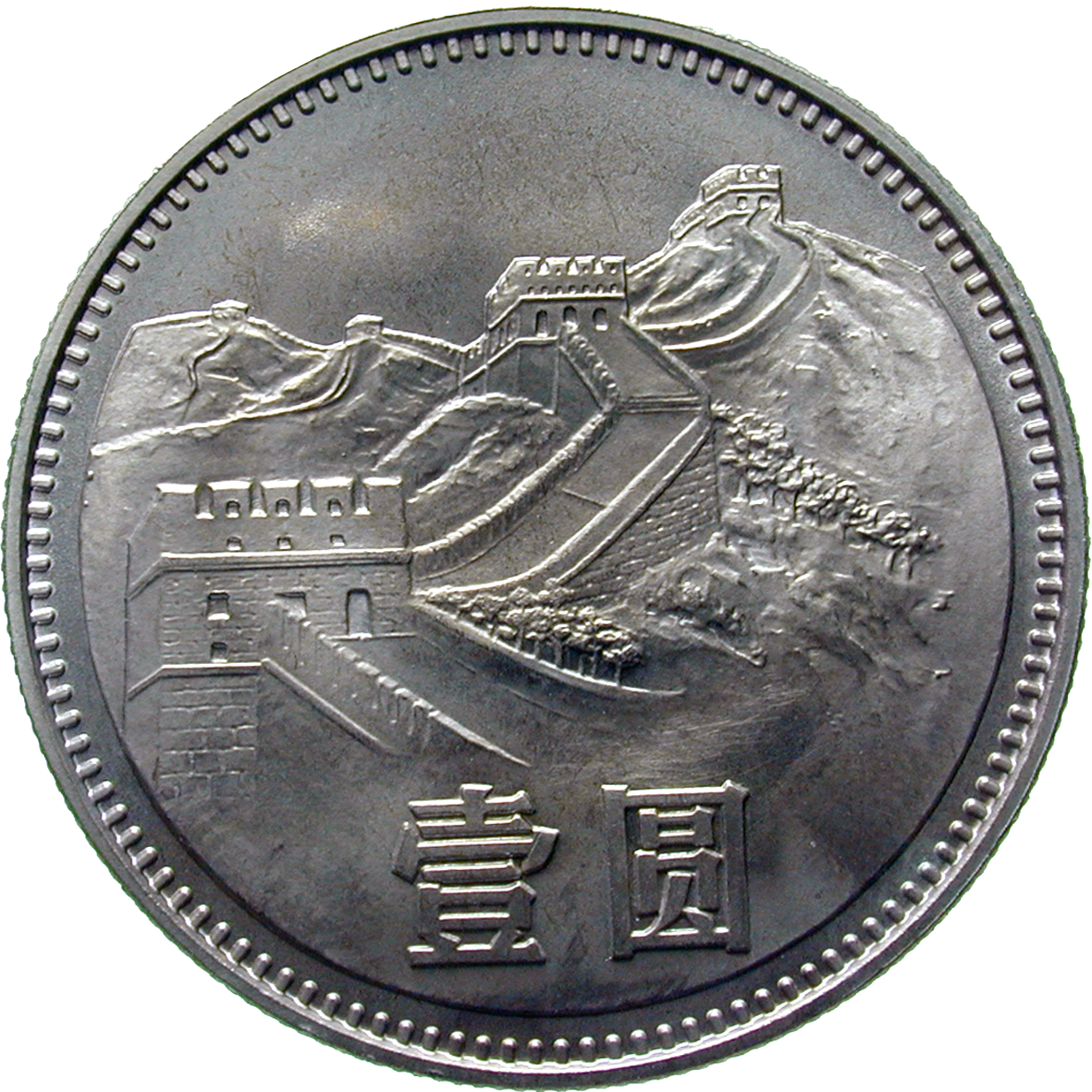 After the fall of the empire, China became a republic. Years of civil war followed, foreign rule and chaos. Finally in 1949, the People's Republic of China was proclaimed. During the early years of the People's Republic even the smallest denominations in circulation were from paper. In 1955 the government started to issue coins again. Initially three small aluminium coins worth 1, 2 and 5 fen were minted. Only in 1980 followed additional denominations of 1, 2 and 5 jiao as well as 1 yuan. Tiananmen, the Gate of Heavenly Peace, has had a special significance for centuries: The proclamations of the emperors were announced here, as well as the foundation of the People's Republic in 1949. Since then, the gate is represented on the obverse of all Chinese coins. The reverse of the yuan shown here depicts a section of China's Great Wall.