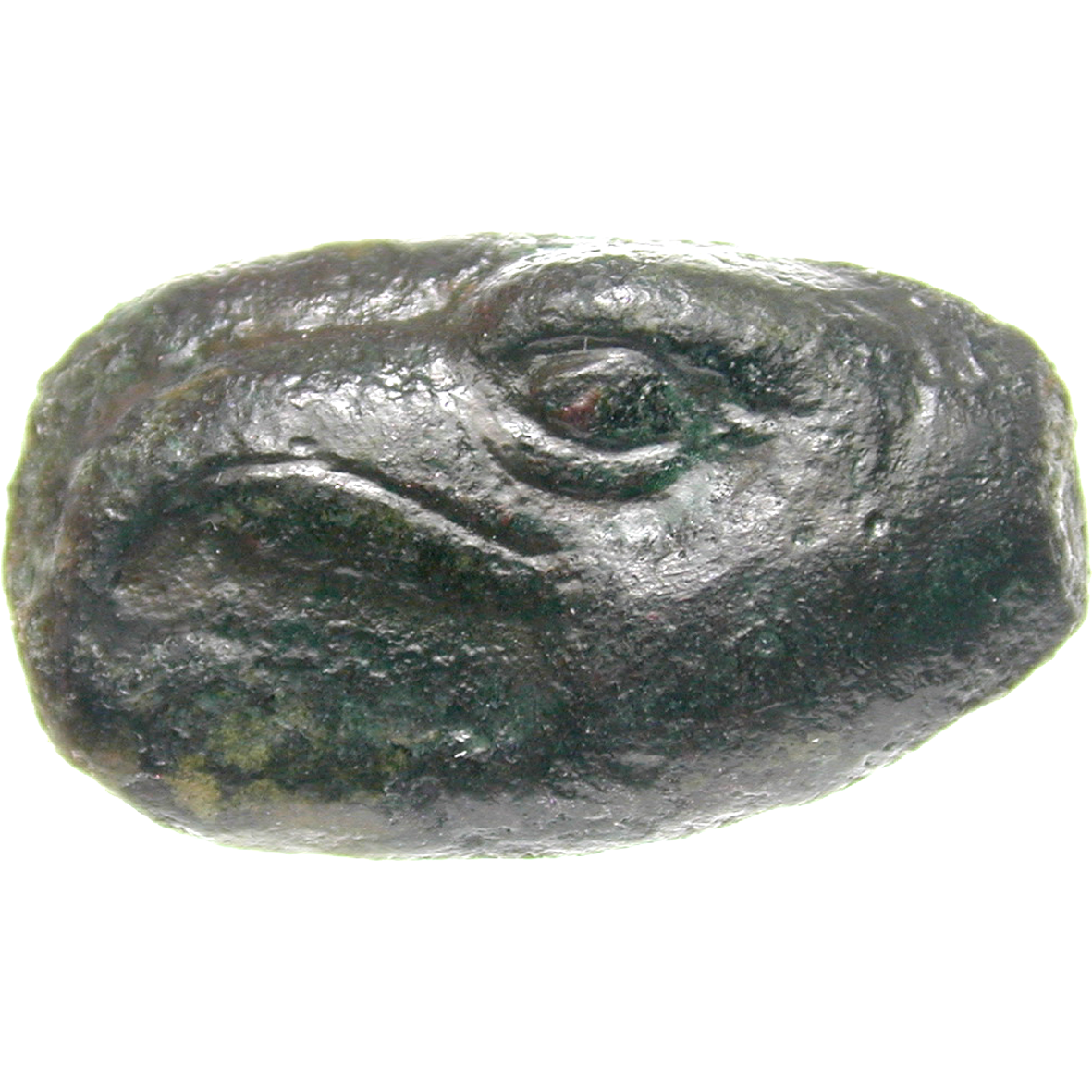 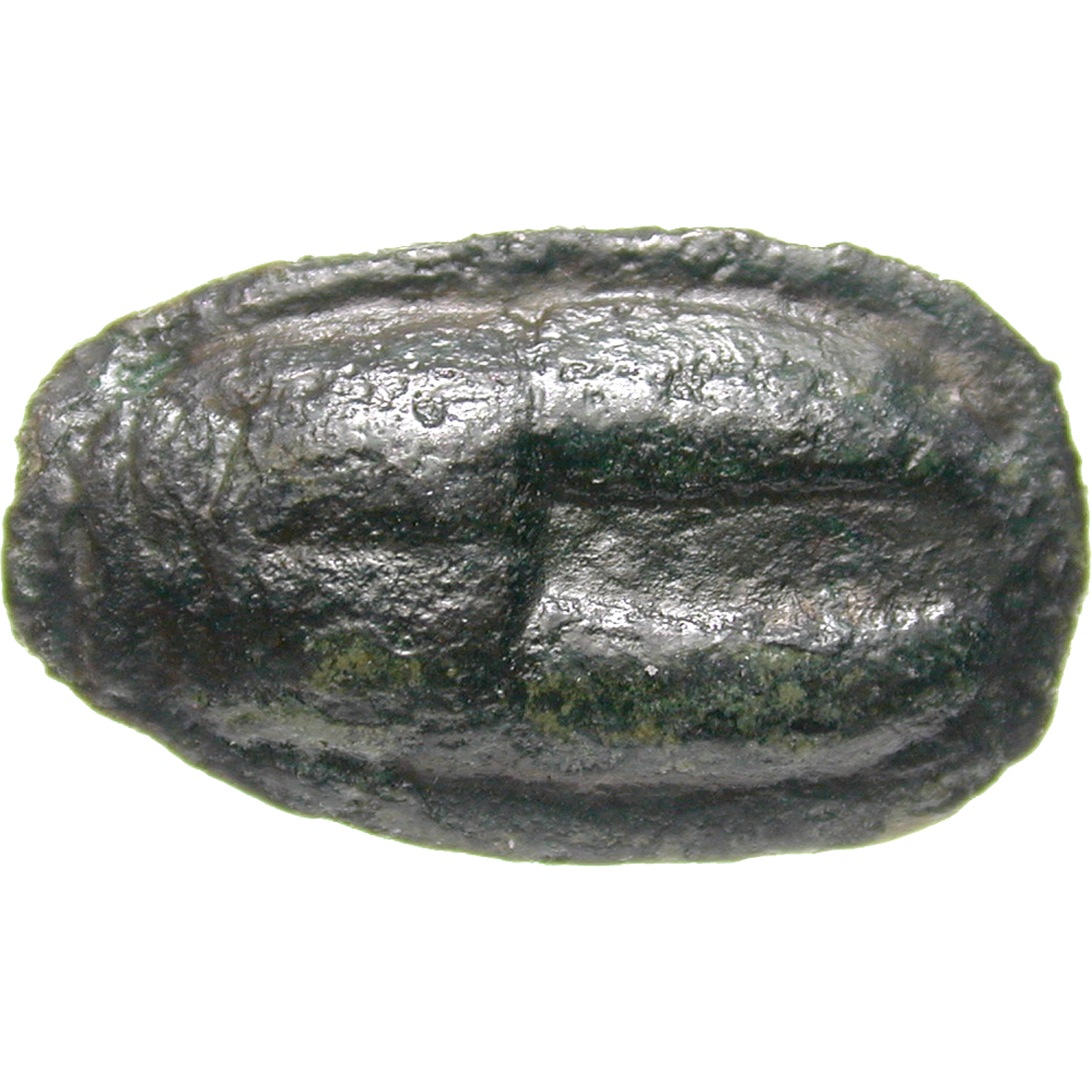 The first bronze coins of Sicily were issued in Acragas. Initially they were not minted but cast, and did not yet have the typical round coin shape. The smallest denomination took an oval form, while the larger units were cone-shaped. It is not entirely clear whether the cast Acragas items were indeed circulating coins, or were rather used as weights. This specimen is an onkia, the twelfth part of a whole. The onkia was a weight standard as well as a coin unit.