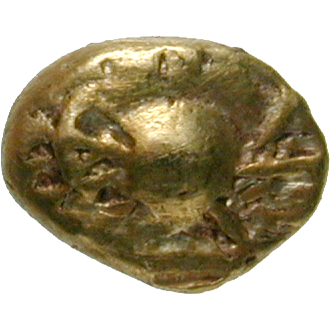 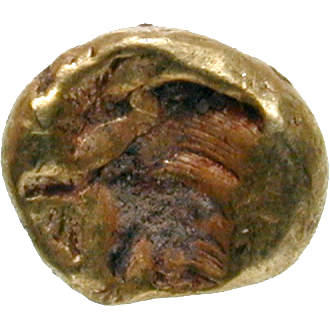 What were the first coins originally produced for? For trading of course, most would answer. But this is our modern interpretation. Trade existed and functioned flawlessly for centuries before the invention of coins. Perhaps there was a completely different reason for minting them with characteristic pictures.

One hoard of early electrum coins was found in the sanctuary of Artemis Ephesia near Ephesus. The hoard was ritually buried together with other donations to the goddess in the base of the new temple. This led to the theory that the first coins were marked with personal signs in order to make the presents to the gods personal and unmistakable.