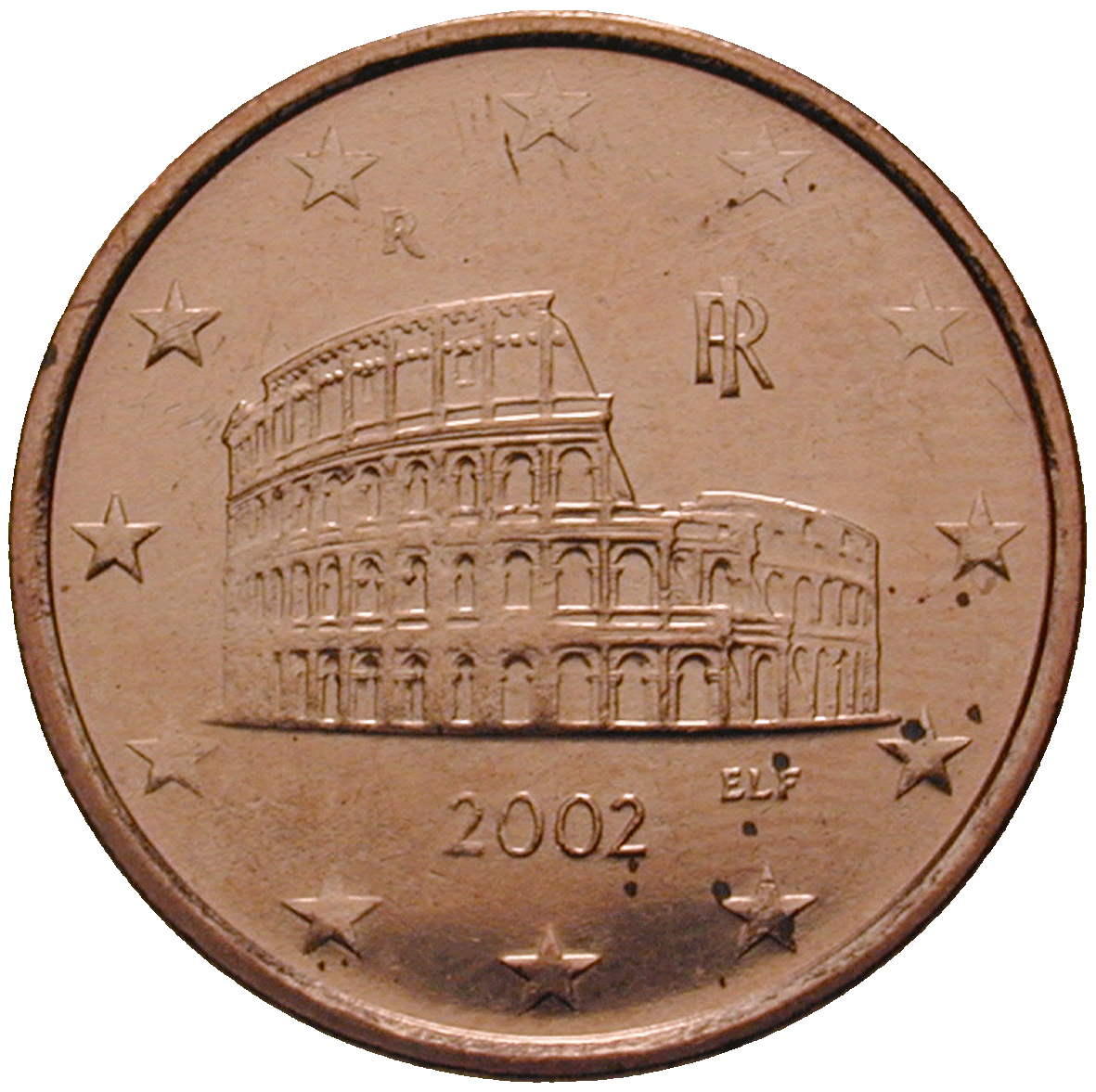 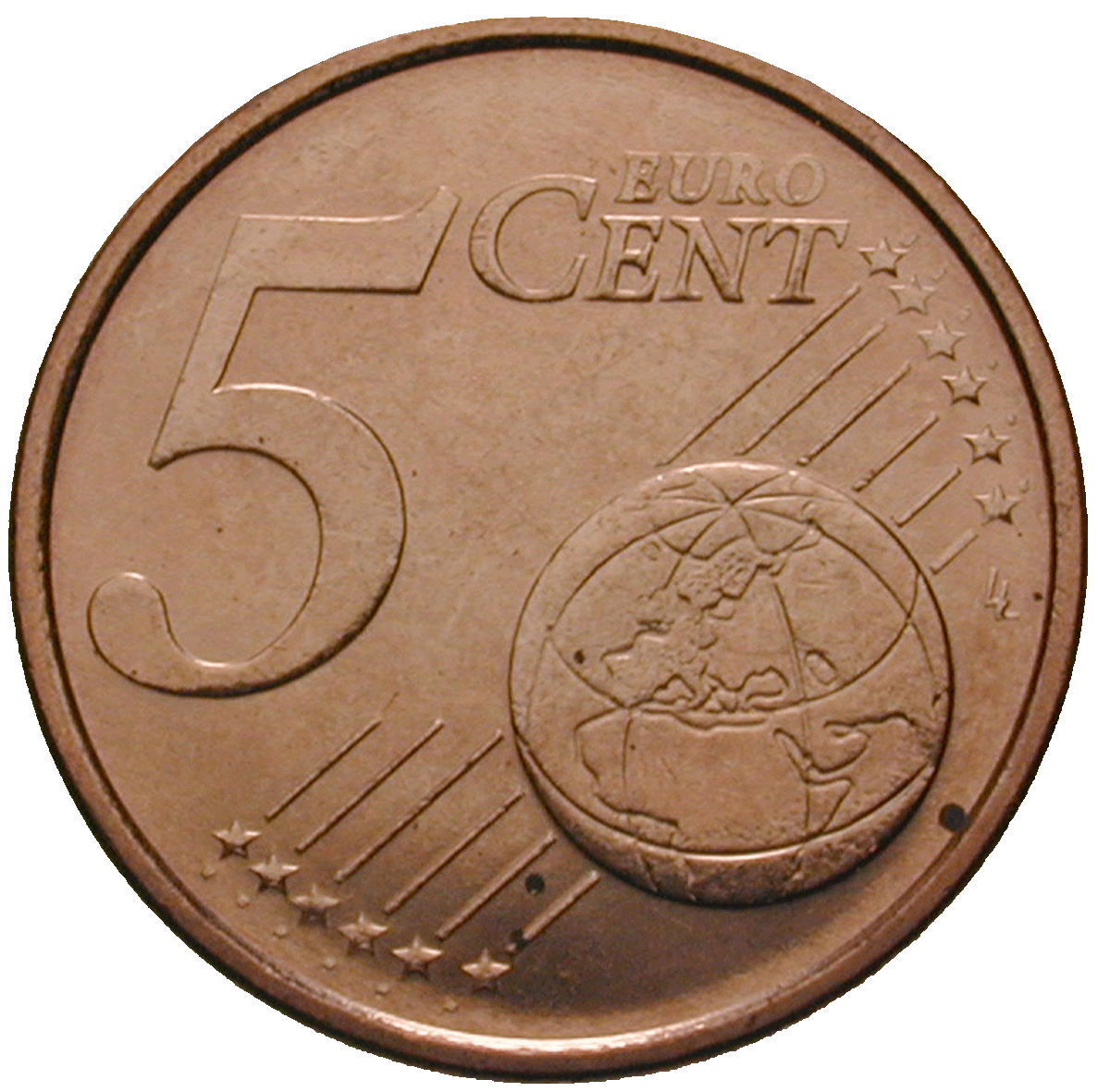 The Italian 5-cent-coin shows the Colosseum in Rome. It was built from 72 to 80 AD and originally comprised three stories of superimposed arcades with 80 arches each. The half-columns on the ground floor were in Doric style, those on the first floor in Ionic and those of the second floor in Corinthian style. A little later a third floor was added. After its completion in 80 AD, the Amphitheatre was inaugurated with games that according to the historian Dio Cassius lasted a hundred days and cost the lives of hundreds of gladiators and of thousands of animals.