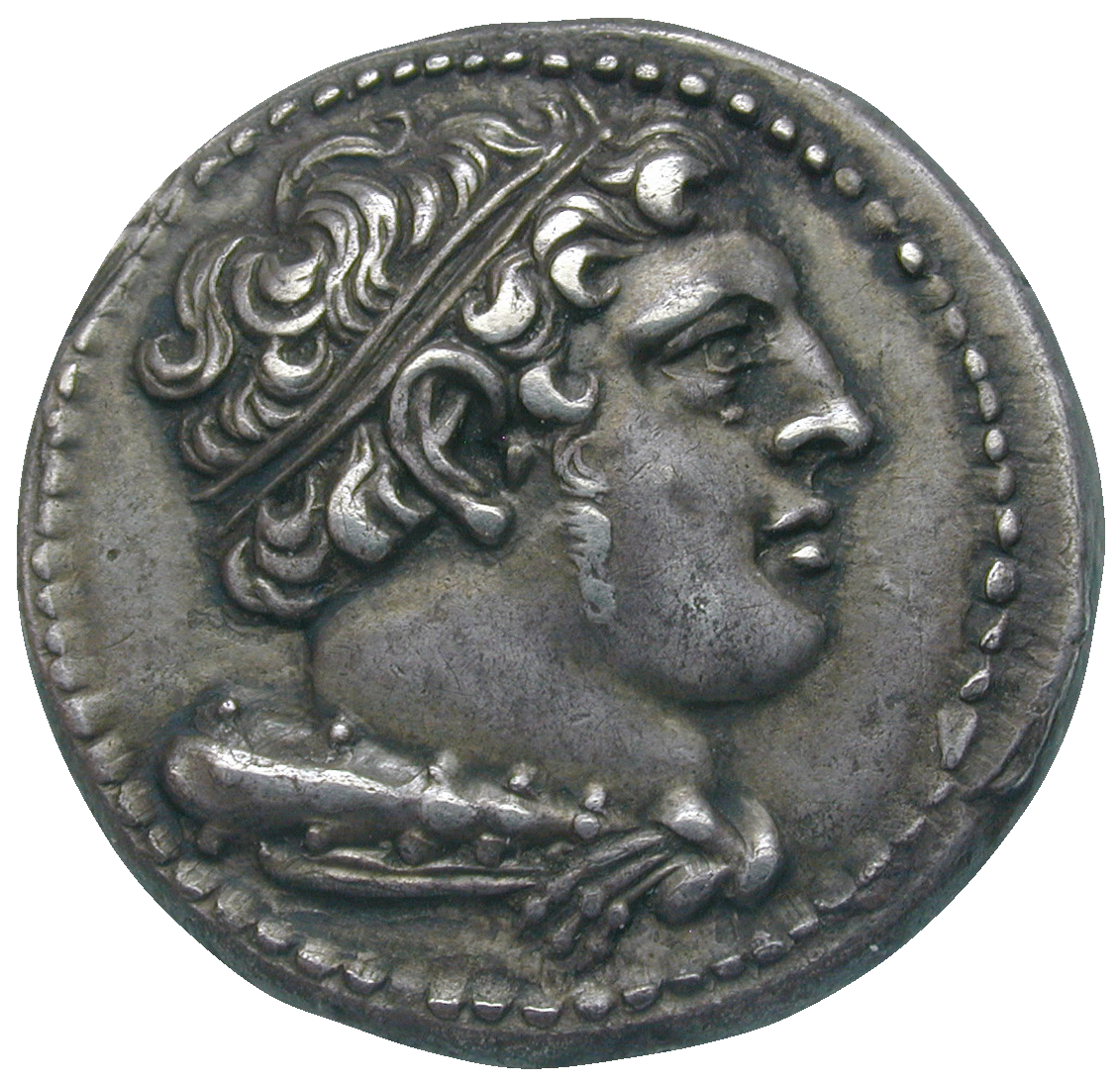 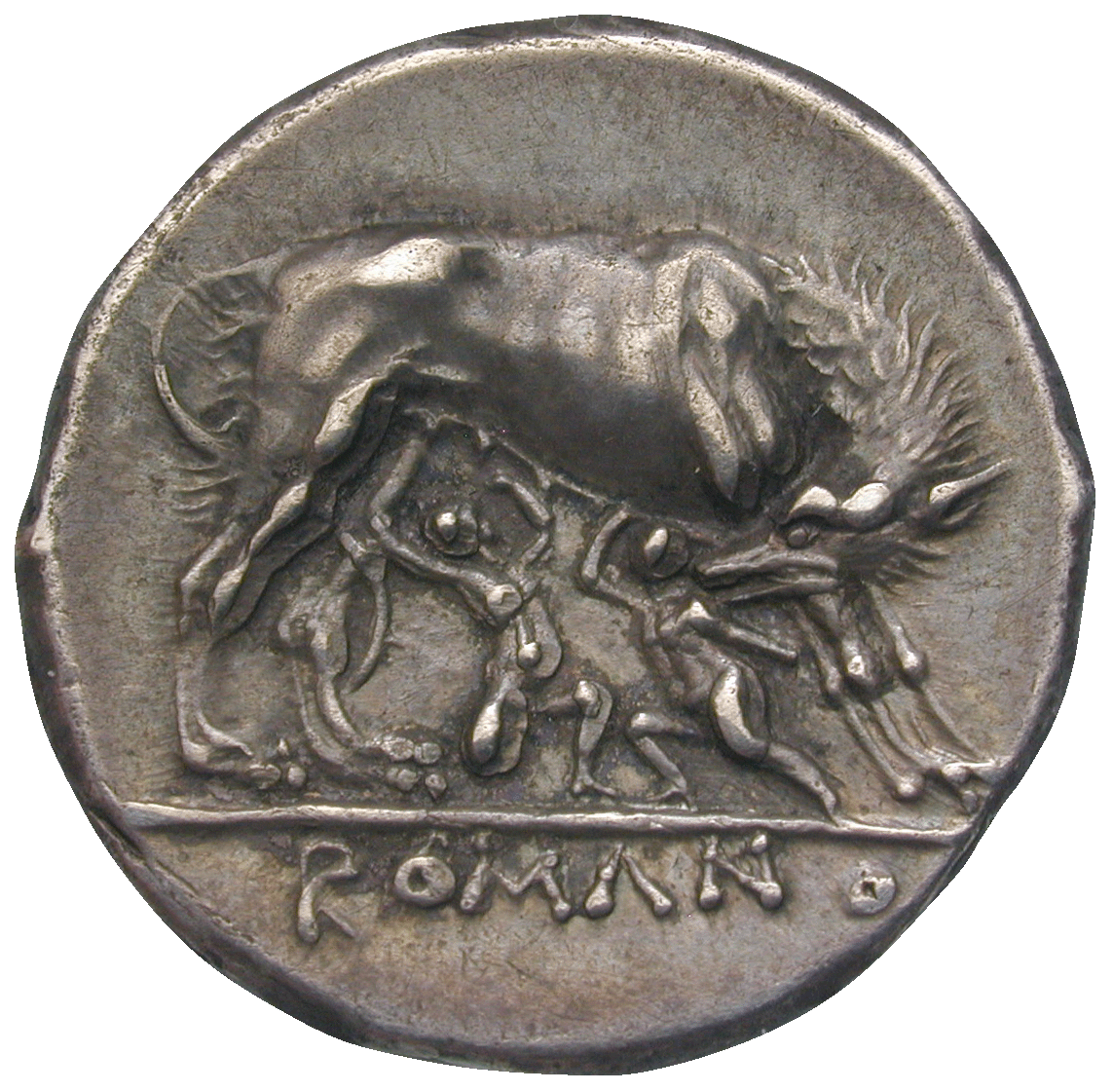 This didrachm depicts on its obverse the head of the Greek hero Heracles, who was venerated in Rome under the name of Hercules. The reverse shows the Capitoline wolf nursing the legendary twins Romulus and Remus.

The motif alludes to Rome's foundation. Myth had it that the twin boys were the children of the Vestal priestess Rhea Silvia and of Mars, the god of war. Since their mother was as a Vestal sworn to abstinence, the boys were abandoned and set adrift in the river Tiber. Later they ran ashore, were nurtured by a wolf and thus saved. As a young man Romulus killed his brother Remus and founded the city of Rome. Some myths had it that not Mars had fathered the boys but Hercules, the strongest and most popular hero of the anceient world.