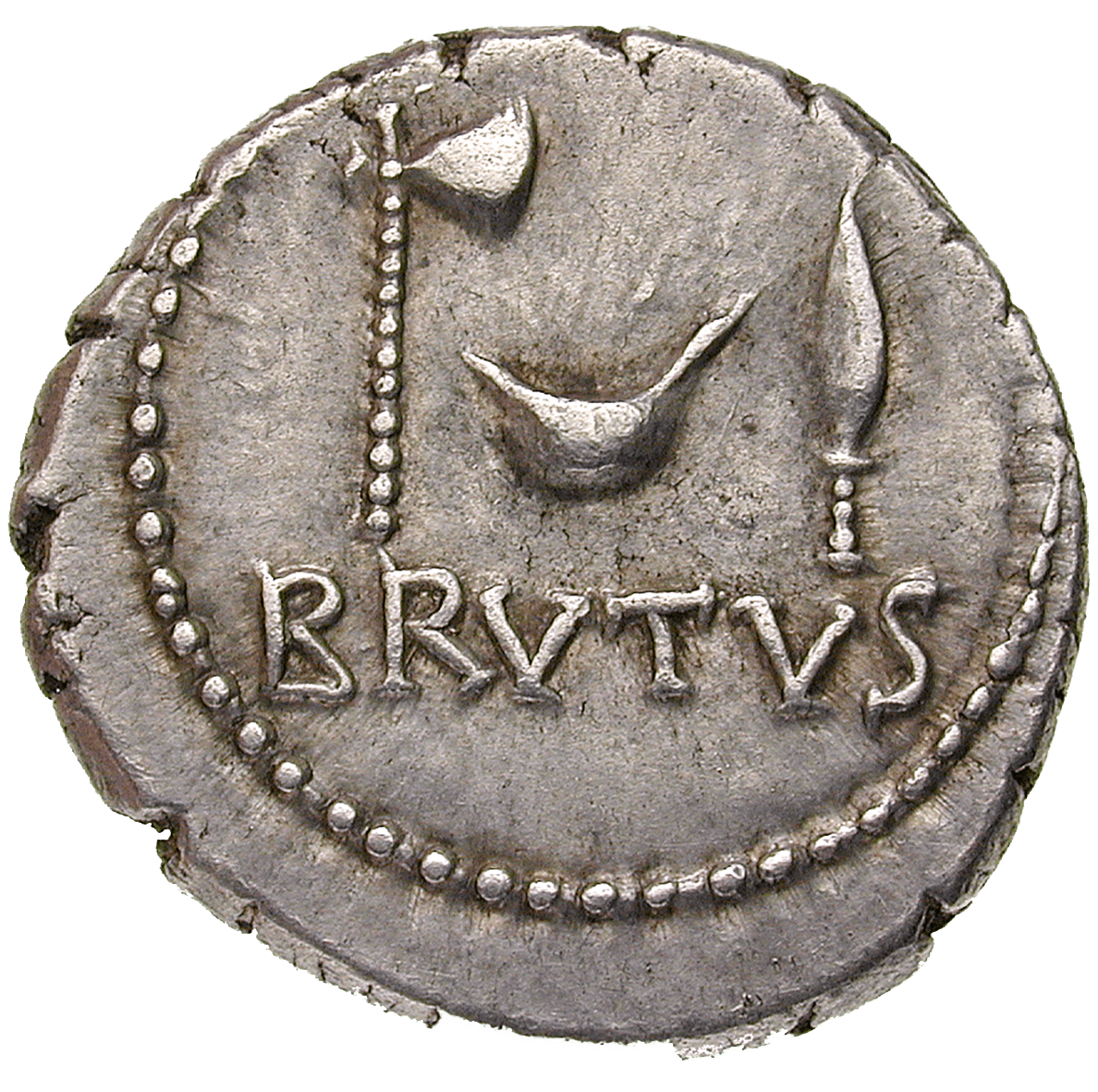 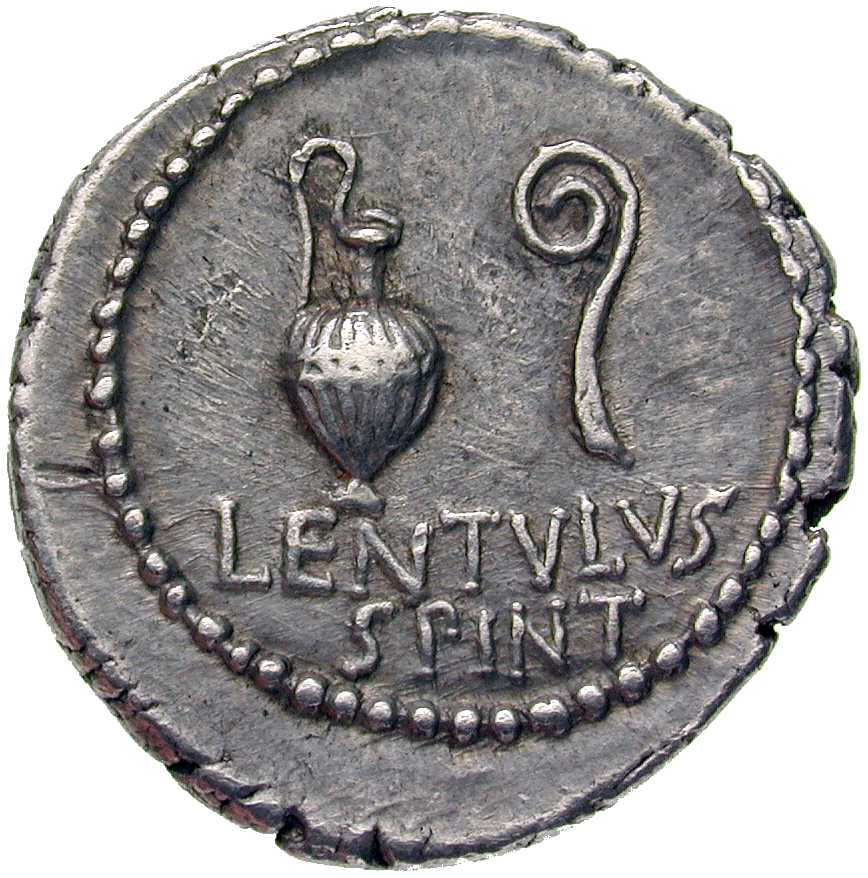 Brutus saw himself as the saviour of the Roman Republic when, together with some accomplices, he murdered Julius Caesar on the ides of March in 44 BC. Brutus had to escape the people's anger, however, and fled to Asia Minor where he built up an army and had coins minted in order to pay his soldiers.

This denarius shows religious insignia: a sacrificial axe, a ladle and a sacrificial knife over the name BRVTVS. They allude to the fact that Brutus was a member of the pontifices, the most renowned Roman priesthood. The reverse depicts a sacrificial jug and an augural staff.