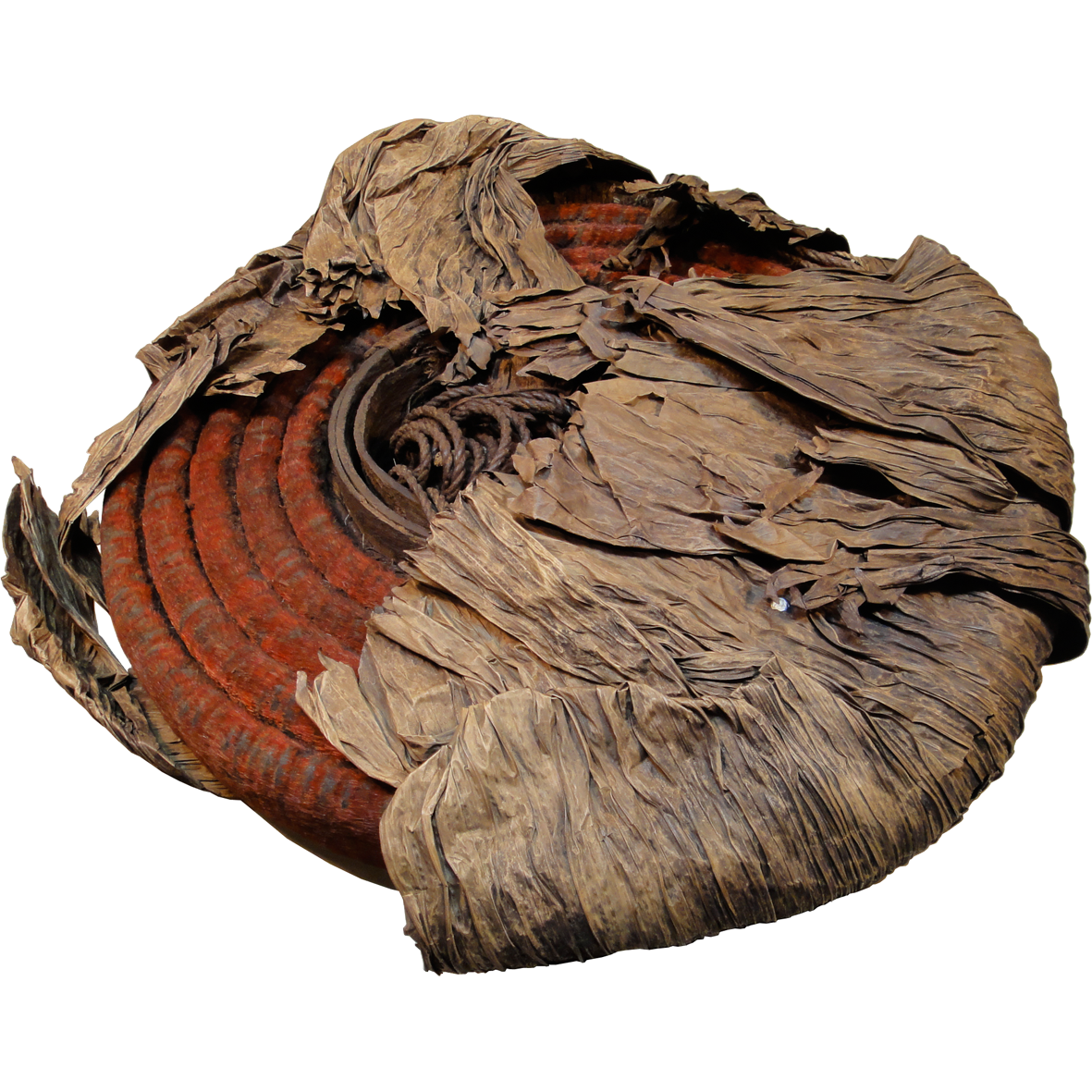 Teau feather coil money is composed of some 50,000 to 60,000 red feathers of the scarlet honeyeater bird (Myzomela cardinalis). It was used as a currency in bridal transactions and for other large expenditures on the Islands of Santa Cruz in eastern Melanesia. Depending on the condition and the visibility of the red feathers, the teau coils were valued differently. A first grade coil had to be brilliantly red. Until the mid-20th century, the bride price was ten coils of different grades. For that, some families run up debts for the rest of their lives. The production of feather coil money was ceased in the late 1970s. As indicators of value and prestigious objects they serve until this day, however.