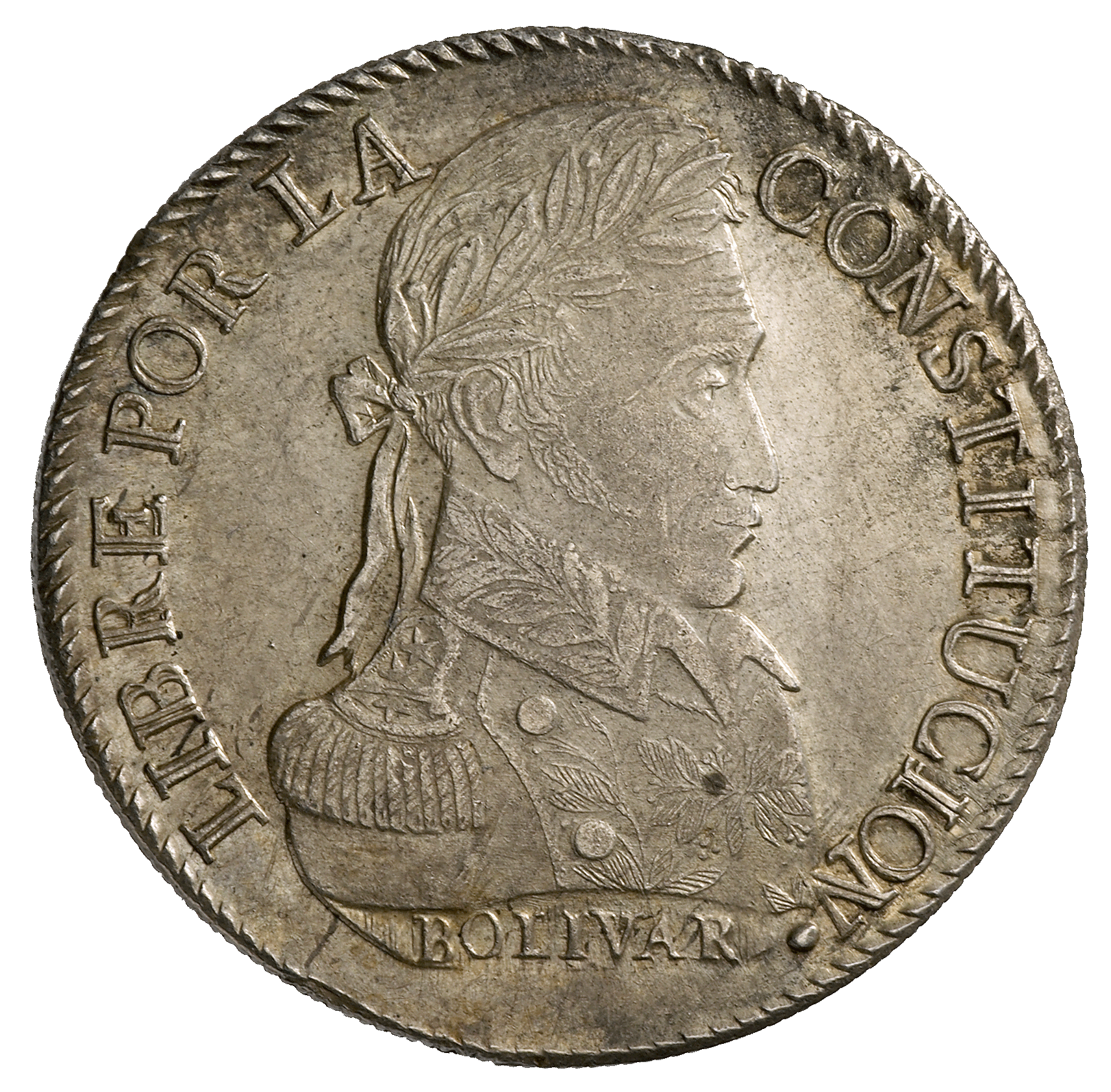 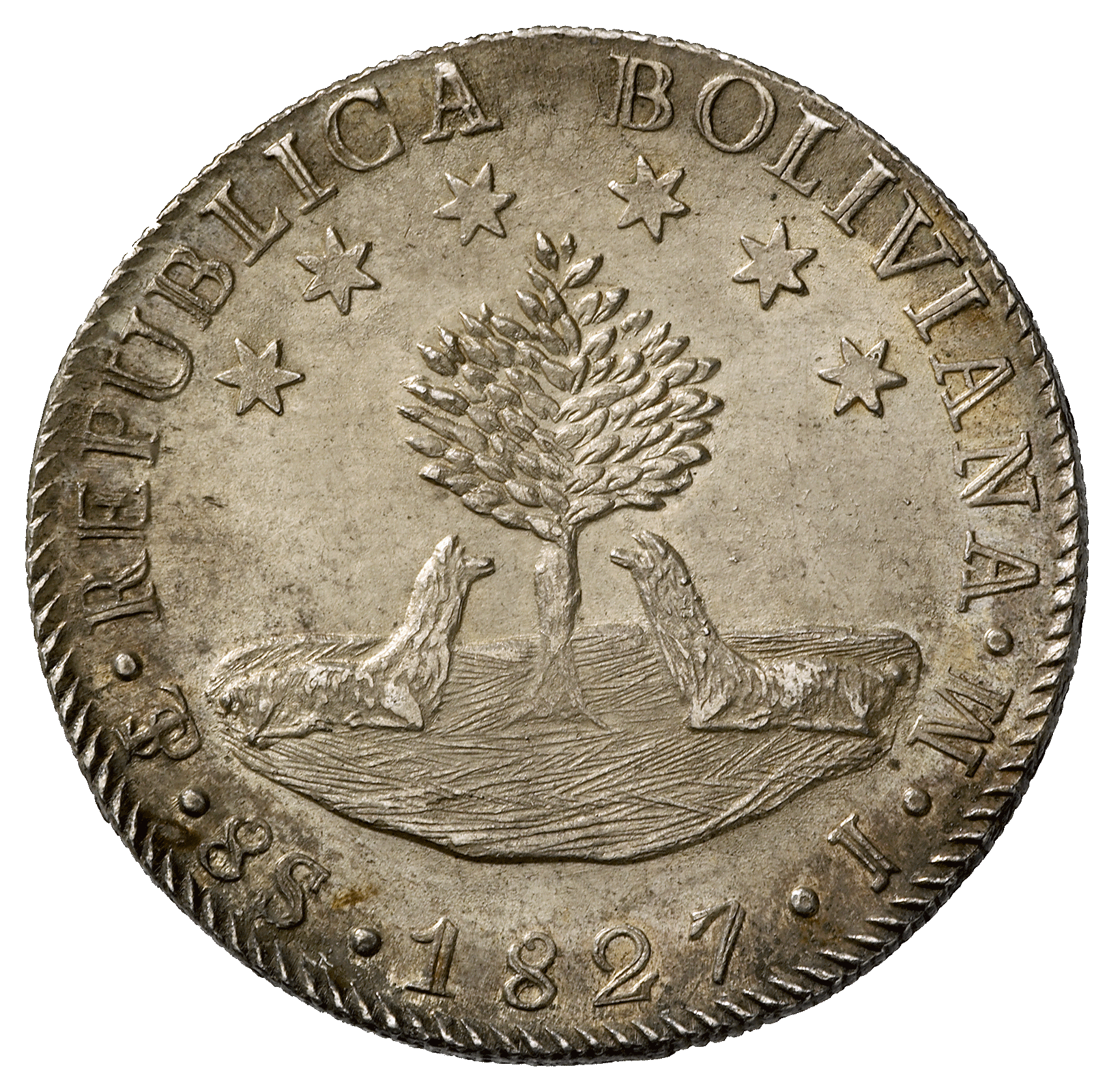 LIBRE POR LA CONSTITUCION, "Free thanks to the Constitution" ¢ the short legend on this first Bolivian 8-soles coin from 1827 comprises 300 years of history dominated by Spain. With the issue of this coin this epoch of colonization irrevocably came to an end, and the first page in the chapter of Bolivian history was opened. In 1809, the first rebellions arose against Spanish power. The South American colonies were determined. "Independence from all European rulers" was the motto. Individual regions fought for their autonomy step by step. First separated Paraguay in 1811, then Peru in 1821, and finally Bolivia in 1825. The portrait on this coin shows the driving force behind the independence of the latter: the daring general Sim¾n BolĒvar (*1783, å1830), in whose honor Bolivia was named.