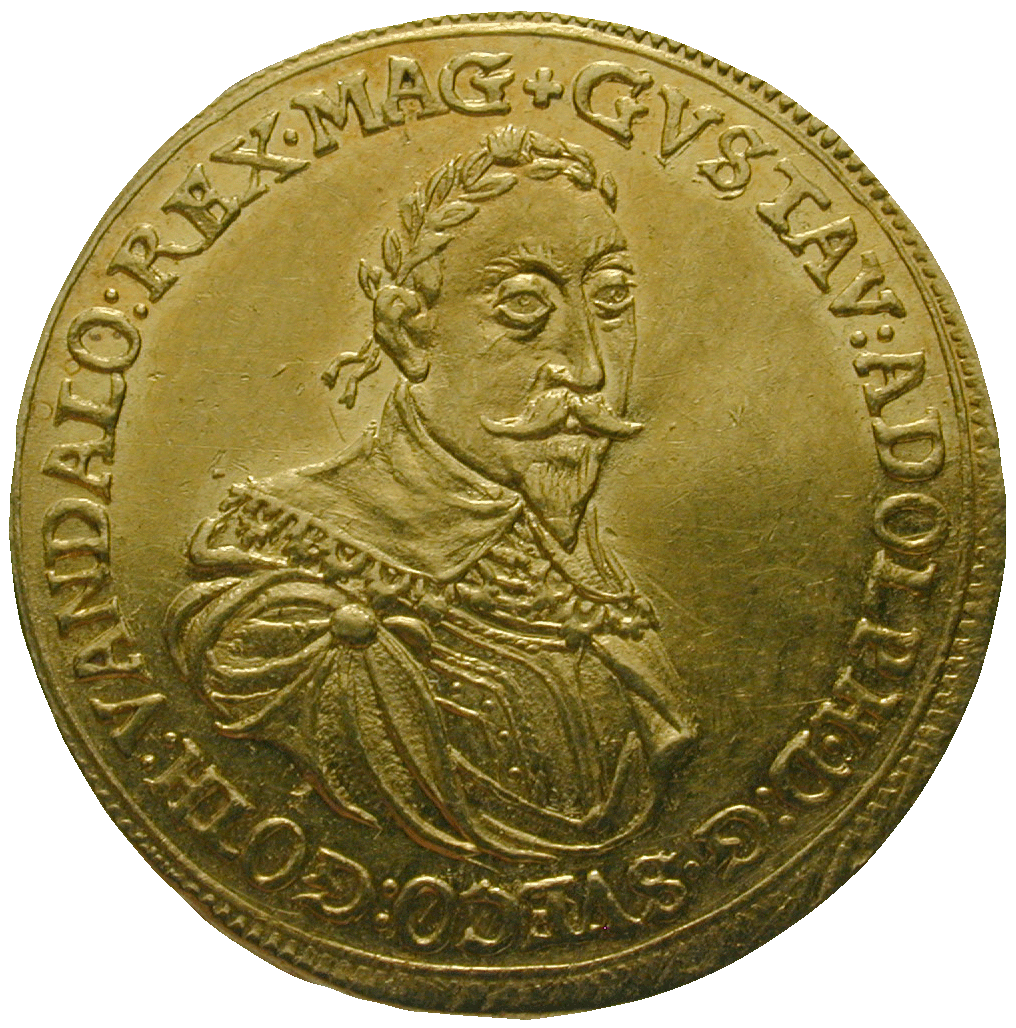 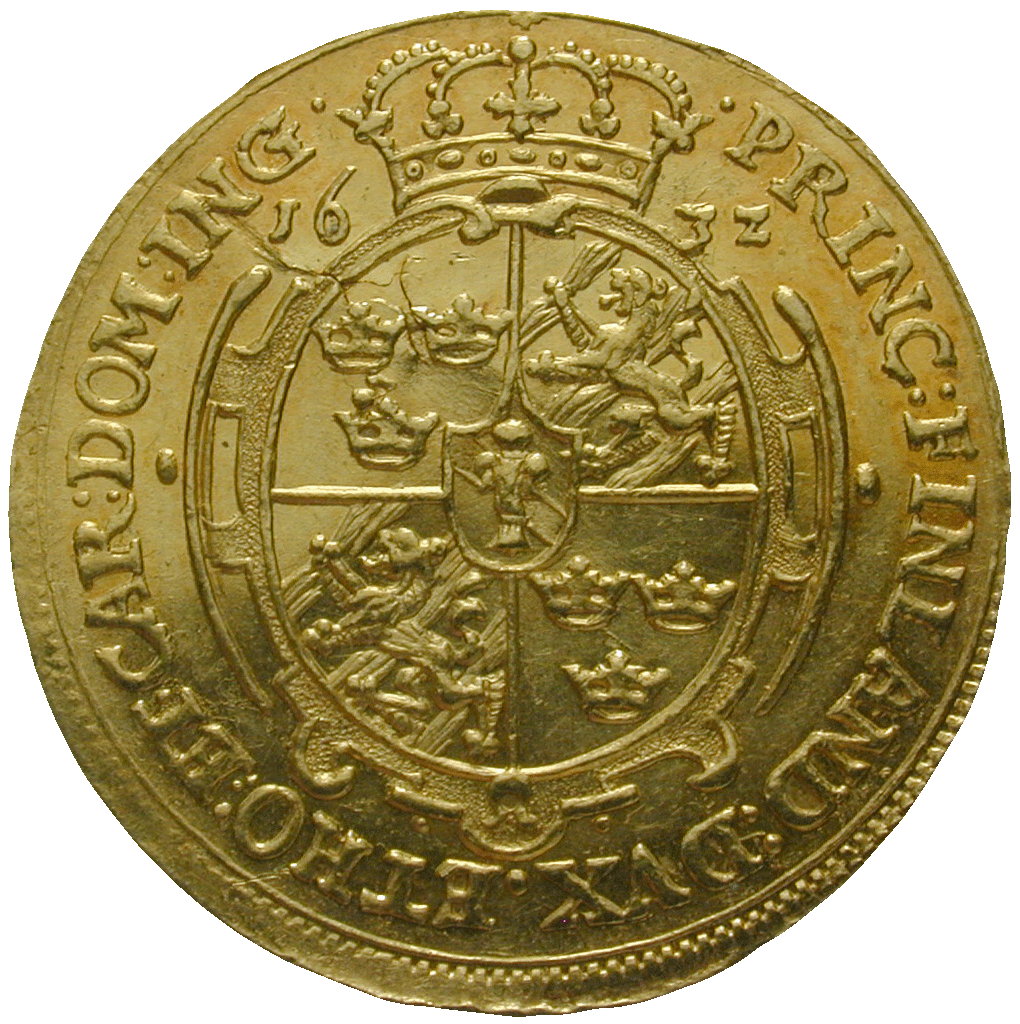 Sweden entered bellicose times when Gustav II Adolf ascended to the Swedish throne (1611-1632). From 1611, the empire was at war with Denmark, from 1613 also with Russia, from 1617 with Poland and from 1629 in the Thirty Years' War with the German Catholic lands. All these wars cost money. During the Thirty Years' War, many recruited troops served in the Swedish army, and these mercenaries had to be paid. The money was looted in the conquered Catholic territories which had to provide the necessary cash and goods. In Würzburg, for example, the winged altar of Marienberg was melted down and minted into ducats and imperial talers. In Augsburg, where this ducat was made, the Swedish king minted from 1631 to 1632; the obverse of this coin bears his profile. Since the Swedish coinage in the German lands served for the payment of the mercenaries, these coins were not debased – unlike the German coins of that time.