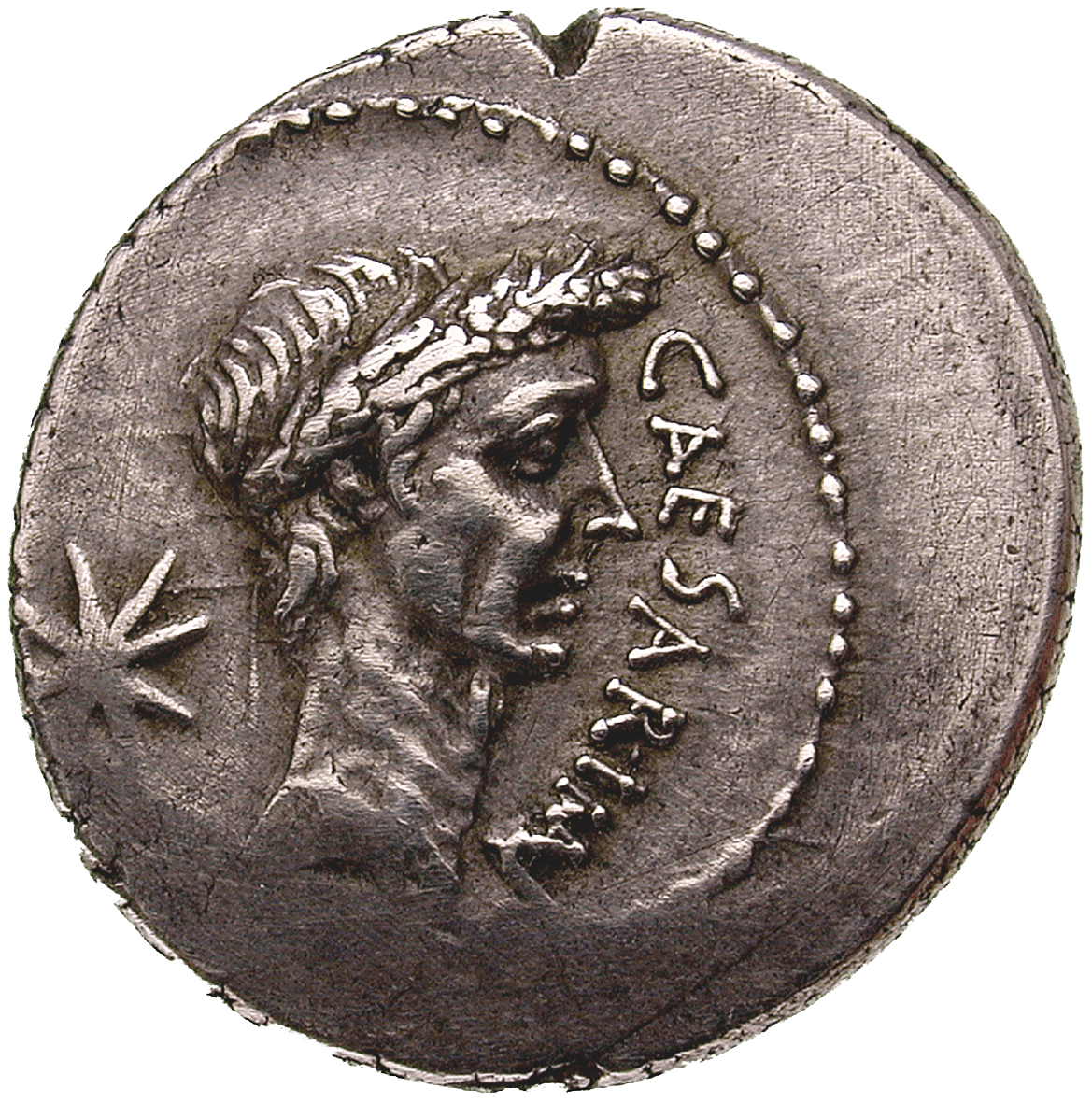 In 44 BC, a political drama came to an end that had begun five years earlier on a small Italian border river called Rubicon: Then, against the explicit orders of the Senate in Rome, Gaius Julius Caesar and his troops had crossed the Rubicon, thus starting the Roman Civil War. Caesar won the war, and was made dictator for life (dictator perpetuo) in January 44 BC. A couple of months later, he was assassinated.

All denarii issued that year bore Caesar's portrait on the obverse. It was the first time ever that a Roman coin bore the image of a living Roman. Behind him is the star of Venus, pointing out Caesar's divine origin. The reverse depicts the goddess Venus genetrix, his divine ancestor, herself.