Swiss Federation, Adversaries of the «People Initiative for the Fight of the Economic Crisis,» 100 Billion Crisis Powder 1935 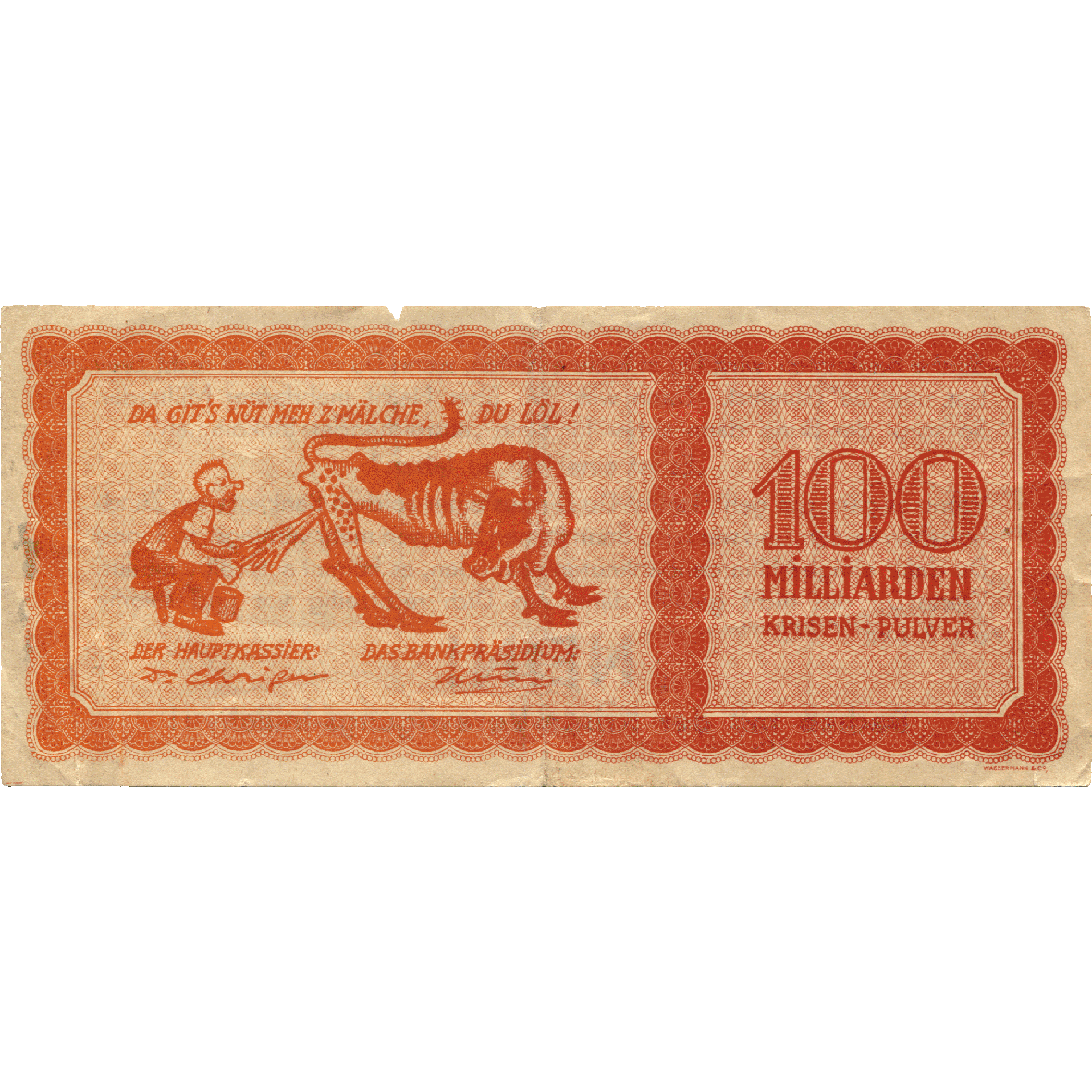 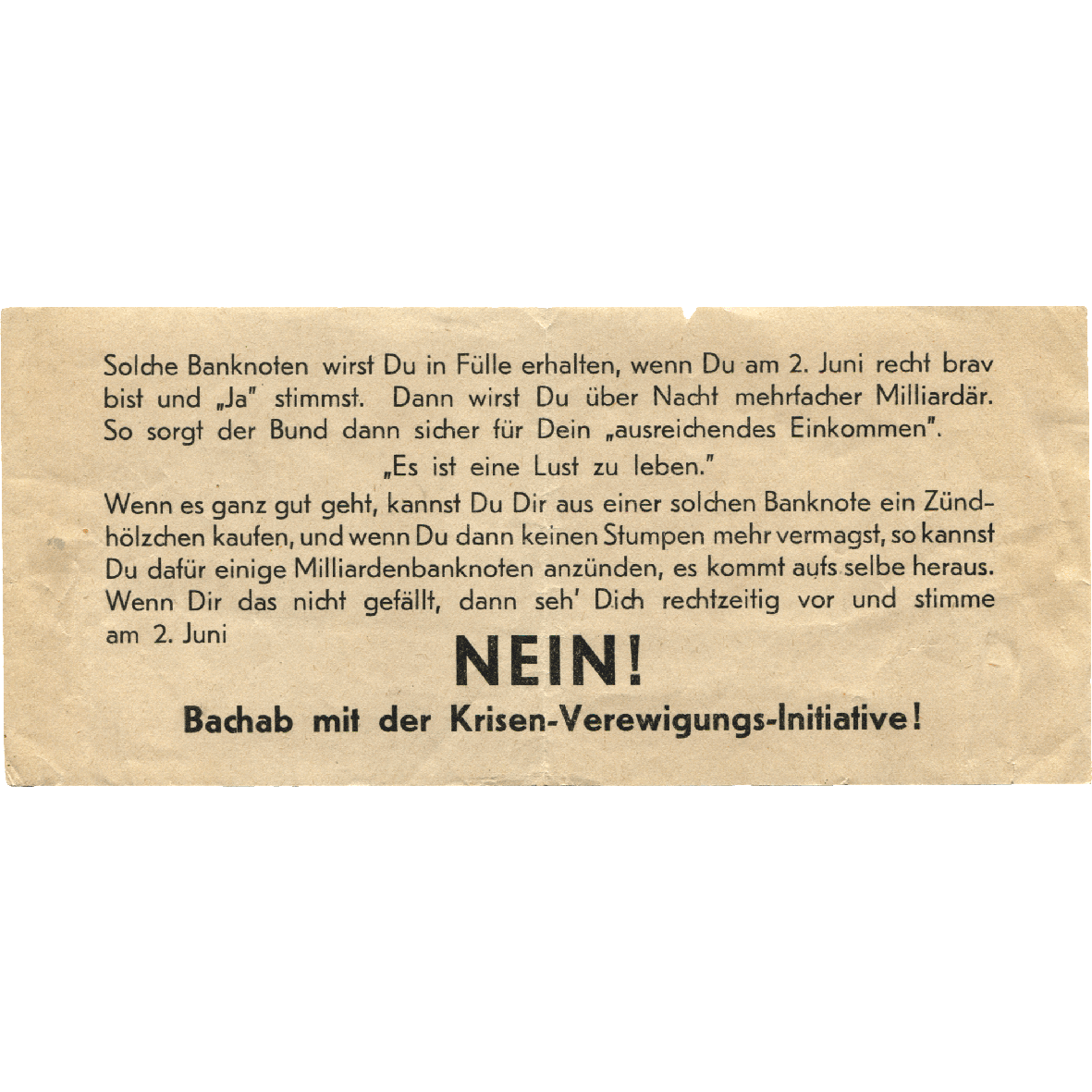 In 1935 like many other countries, Switzerland was in the midst of a heavy recession. With its deflationary policy for a strong franc, the Federal Council even aggravated the depression. This is why the Swiss federation of trade unions and the Social Democratic Party launched a people initiative for 'combatting the economic crisis.' This initiative demanded a strong governmental trade cycle policy similar to the American New Deal. Specifically, the initiators wanted salary- and price-safety measures, employment-creation measures, the promotion of export and tourism, and the monitoring of the capital market. The bourgeoisie launched a vehement fight against those 'socialist' demands. In the end, the ballot measure was discarded with a share of 43 percent of the votes.