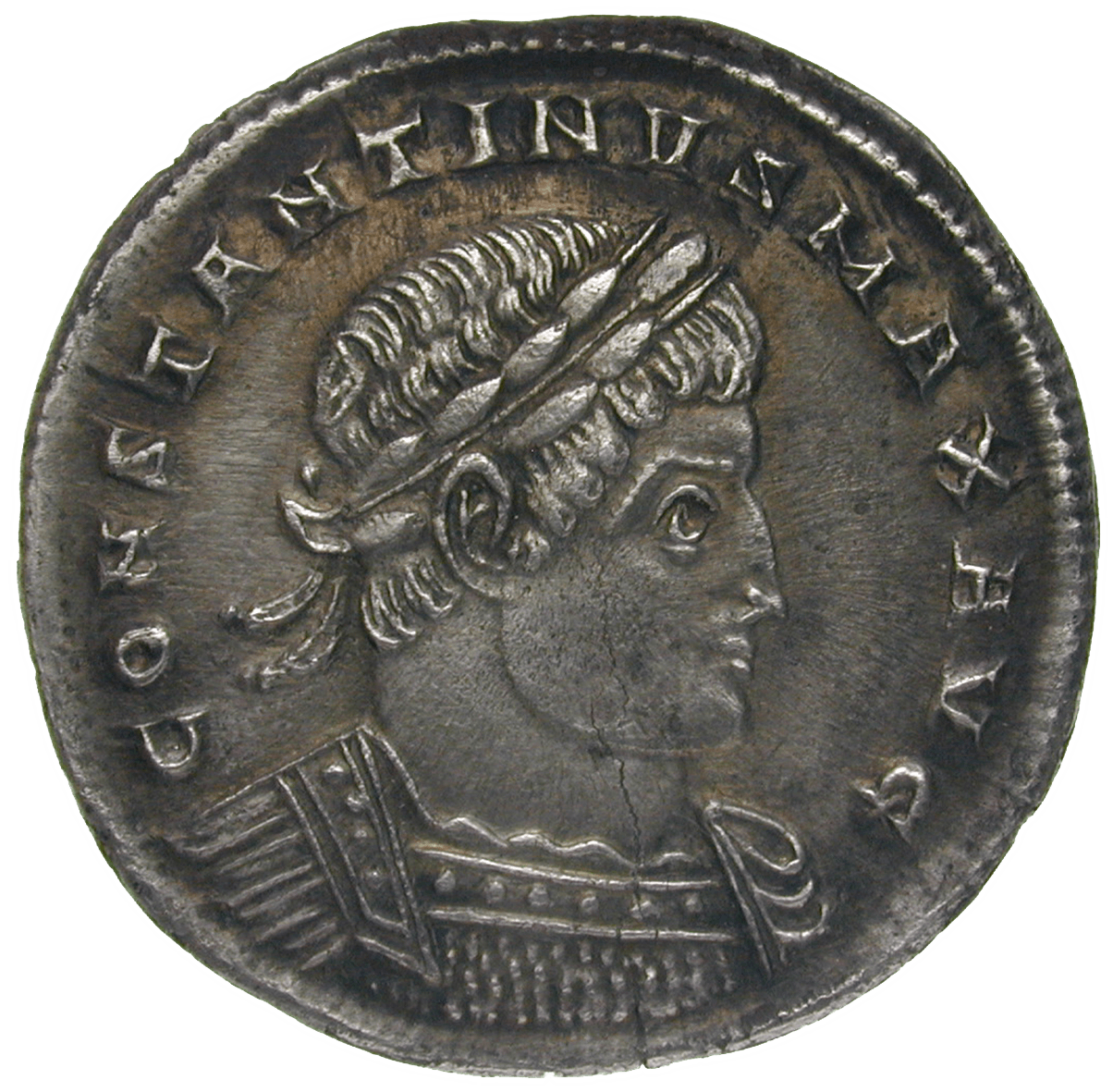 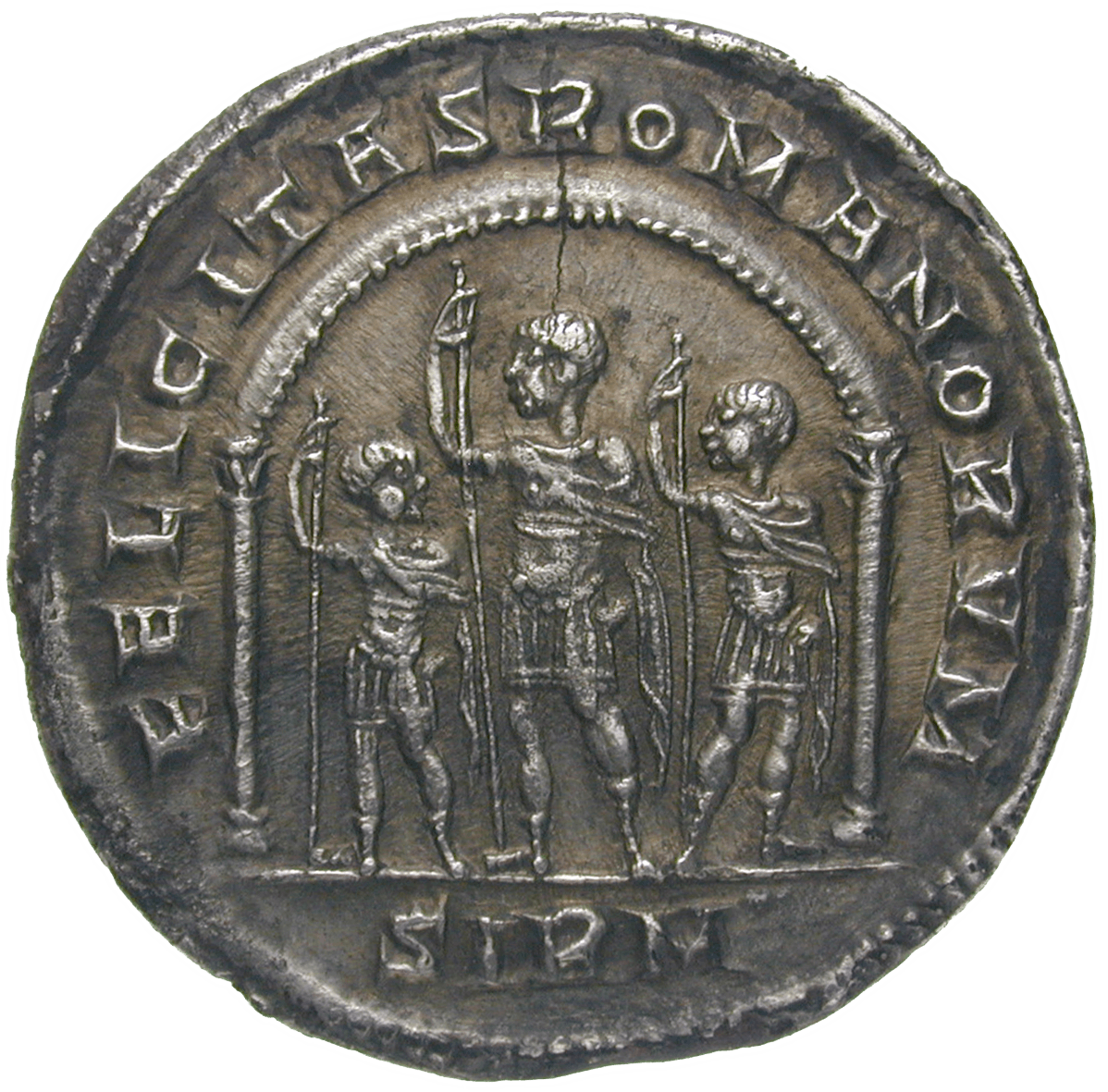 This miliarense was issued as a special souvenir on the occasion of the 6th consulate of Constantine the Great (307-337). Between 318 and 320 the emperor stayed in Sirmium, a military camp in the borderland of the modern countries Hungary and Serbia. The obverse bears his bust. The reverse features Constantine with two of his sons, all in military gear and with long scepters. The two princes are Crispus and the later emperor Constantine II.

Miliarenses later became the silver coins of the Byzantine Empire. They kept their significance as means of payment until the 11th century and after that became units of account.