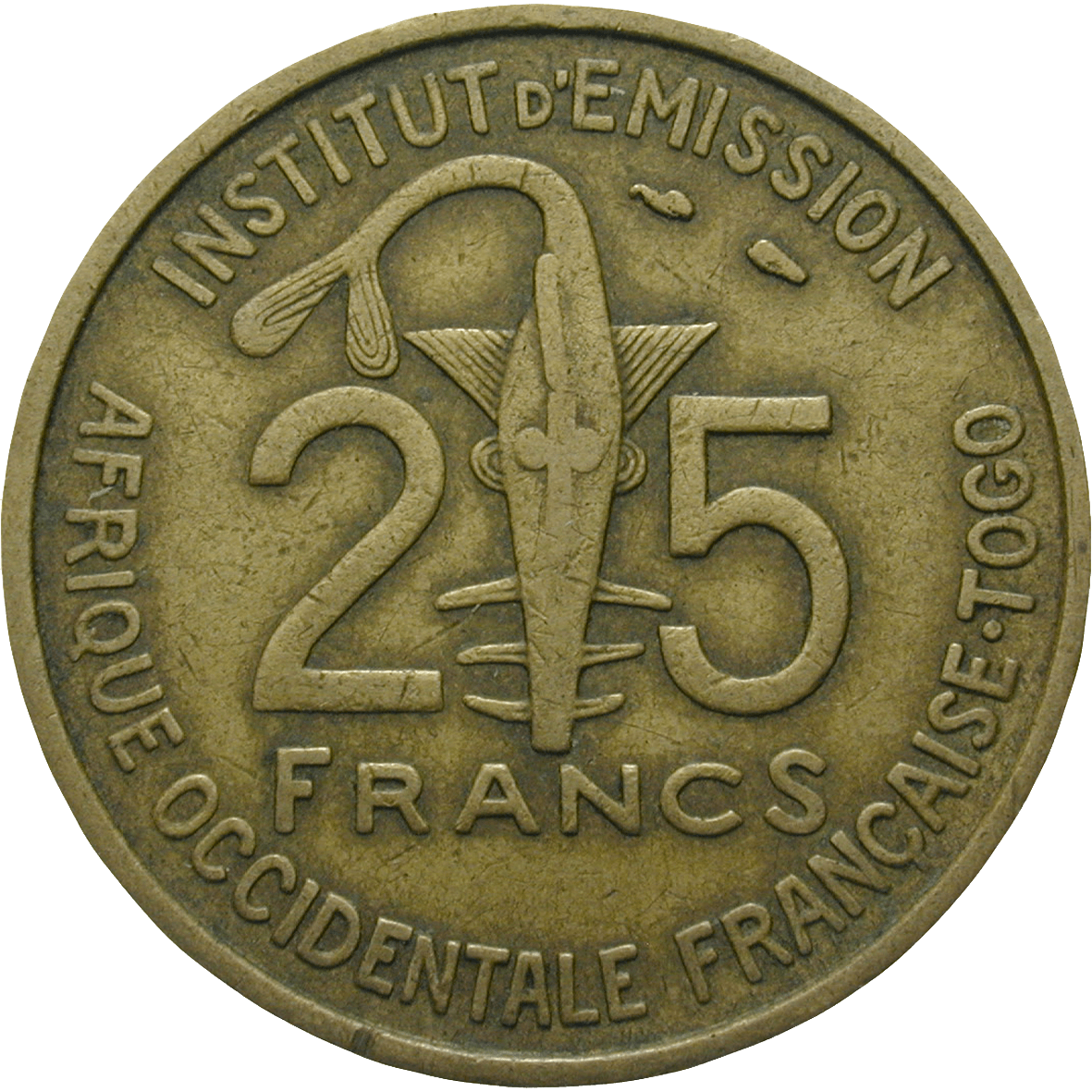 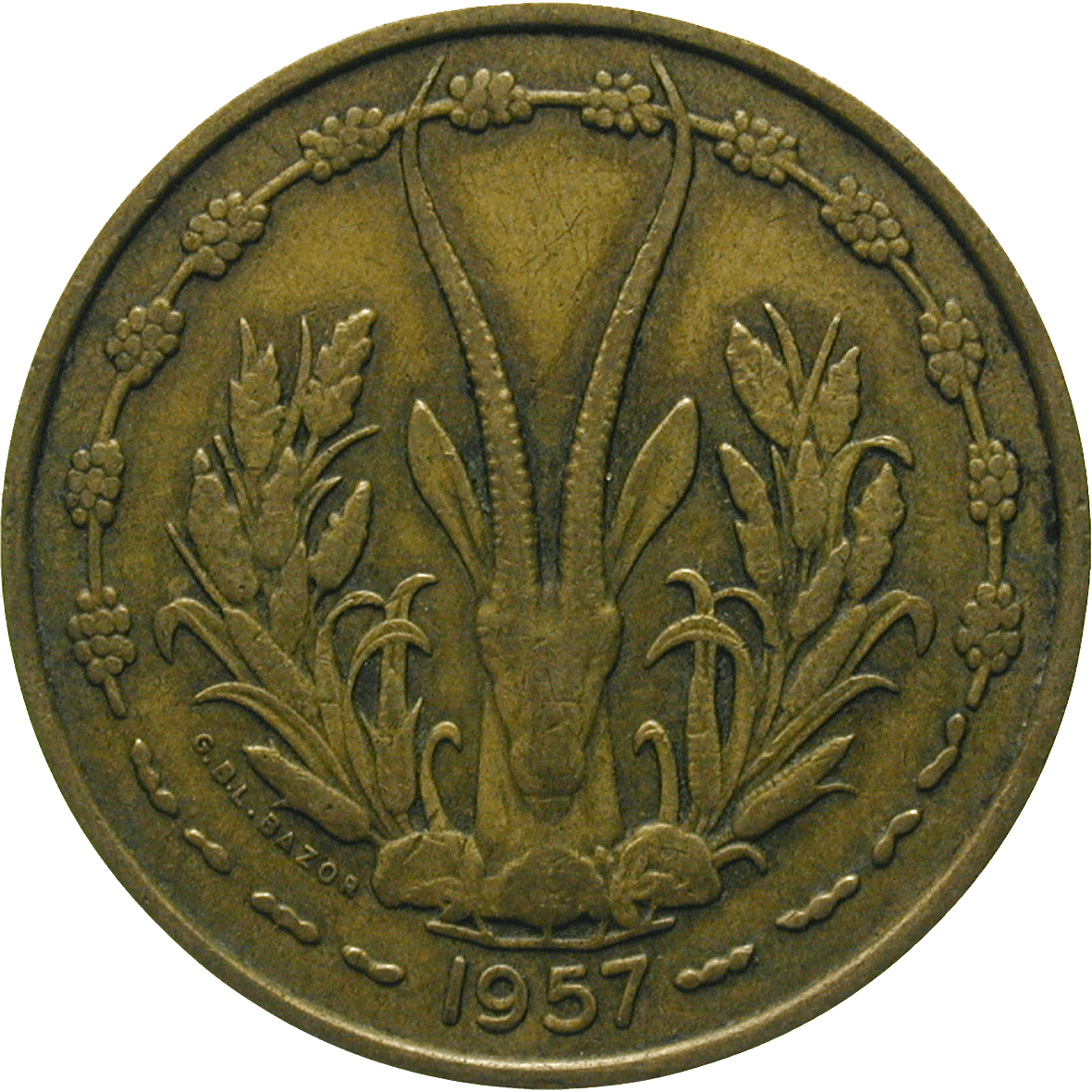 The coast of Togo was known in Europe from the 16th century as the "Slave Coast." This was where the Europeans got their slaves. Because the coast had no natural harbors, it was not colonized until the end of the 19th century, however: In 1884, Germany declared the Togolese coast as a "protectorate" and from there extended its control further and further inland. 30 years later, France and Britain occupied the territory and split it into a British and a French half. The French part of Togo became autonomous in 1955. France still continued to mint coins for the country, though. The last French issues exclusively for Togo were 5 Franc pieces from 1956. The 10 and 25 Franc coins dating from 1957 belong to another series. They were made for the entire French West African possessions and bore the inscription AFRIQUE OCCIDENTALE FRANCAISE TOGO. The addition of "Togo" was new and pointed out that the French West African coins were now also for use in Togo.