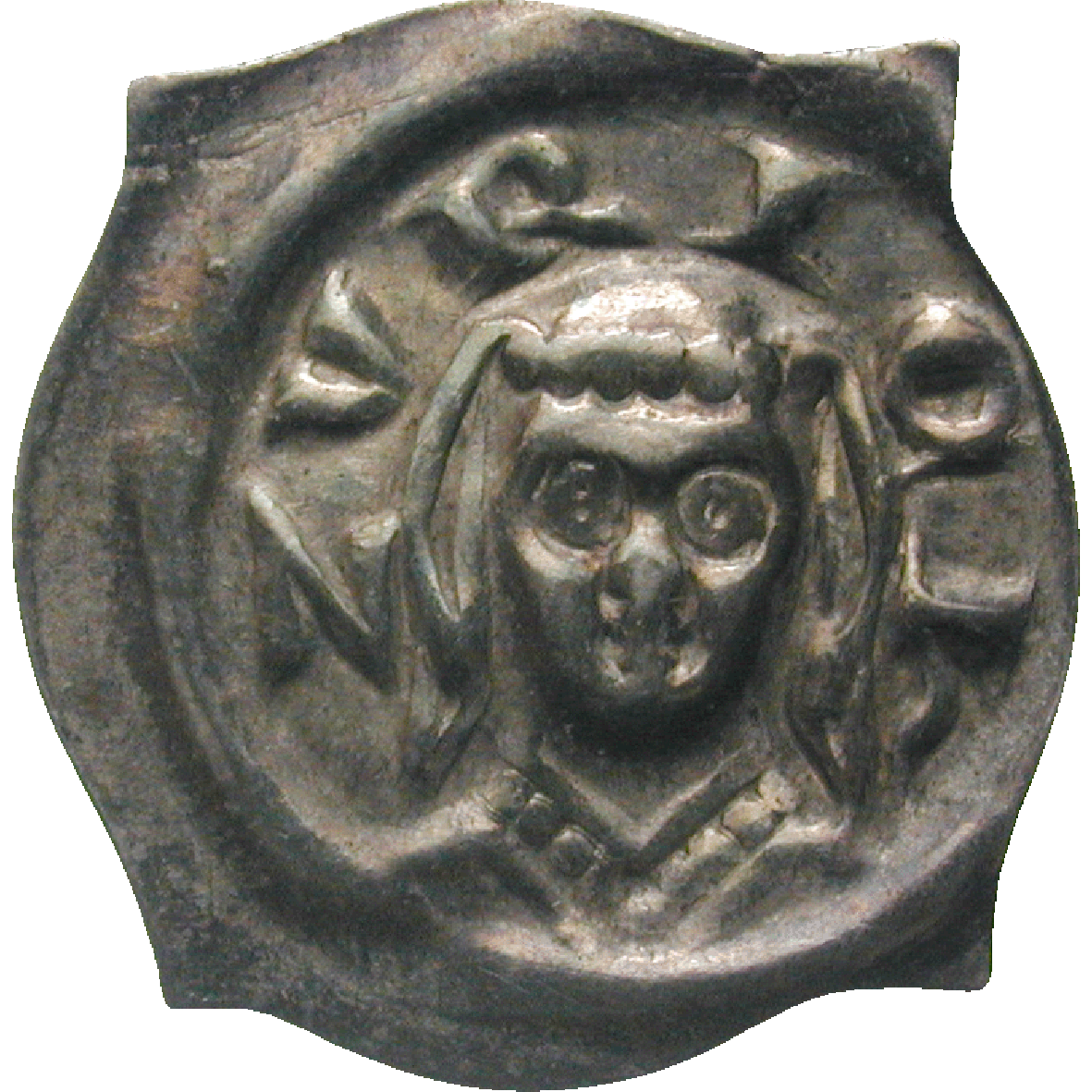 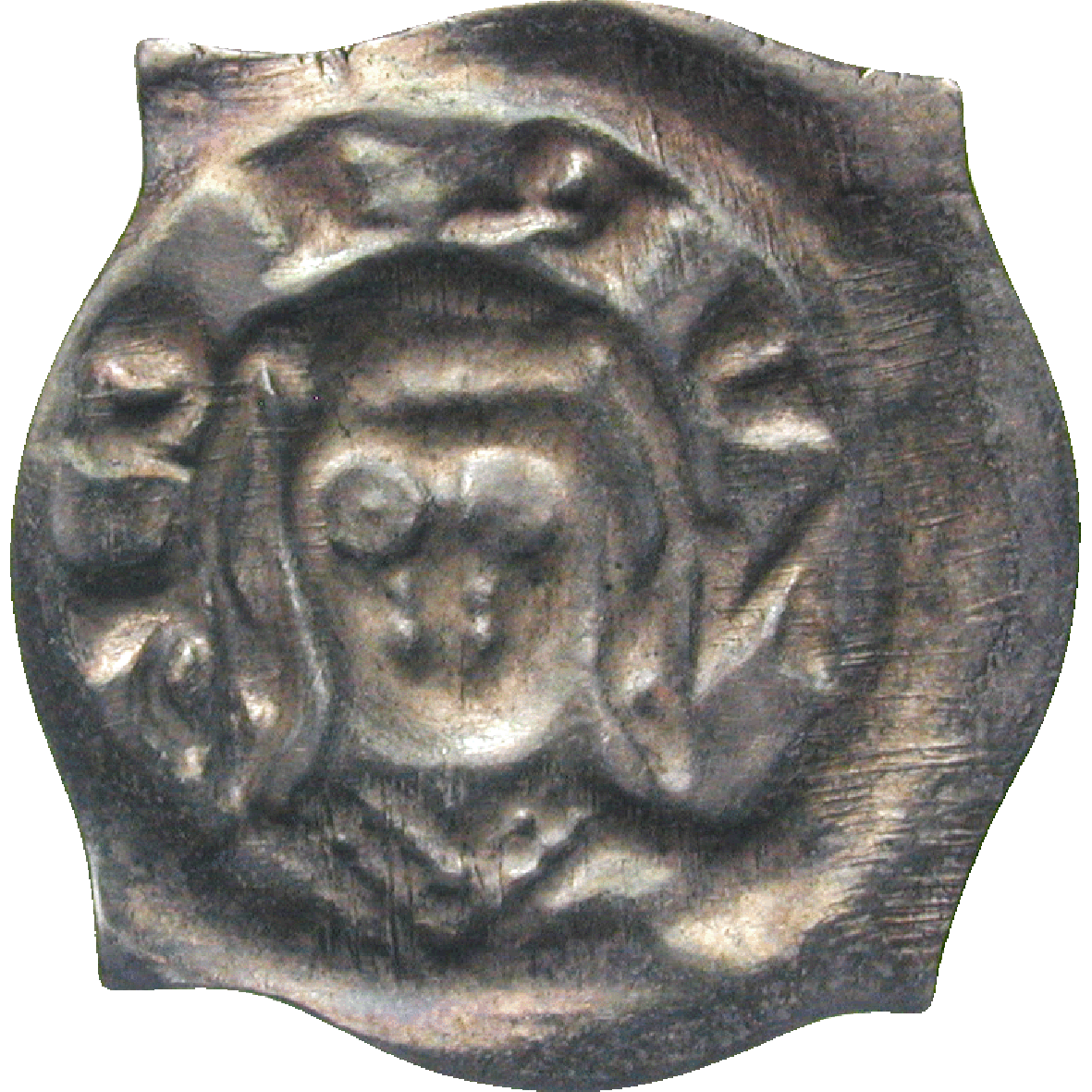 Until the Reformation of 1524, the Abbess of the Fraum³nster Abbey was the highest authority in Zurich and the most powerful woman in the territory of modern Switzerland. As such she held the right of coinage and had pfennigs struck in her name. The early coins mostly depicted Felix and Regula, the city's patron saints. Later issues, however, bore the portrait of the respective abbess. This coin shows a schematic picture of Abbess Elizabeth of Wetzikon (1270-1298).