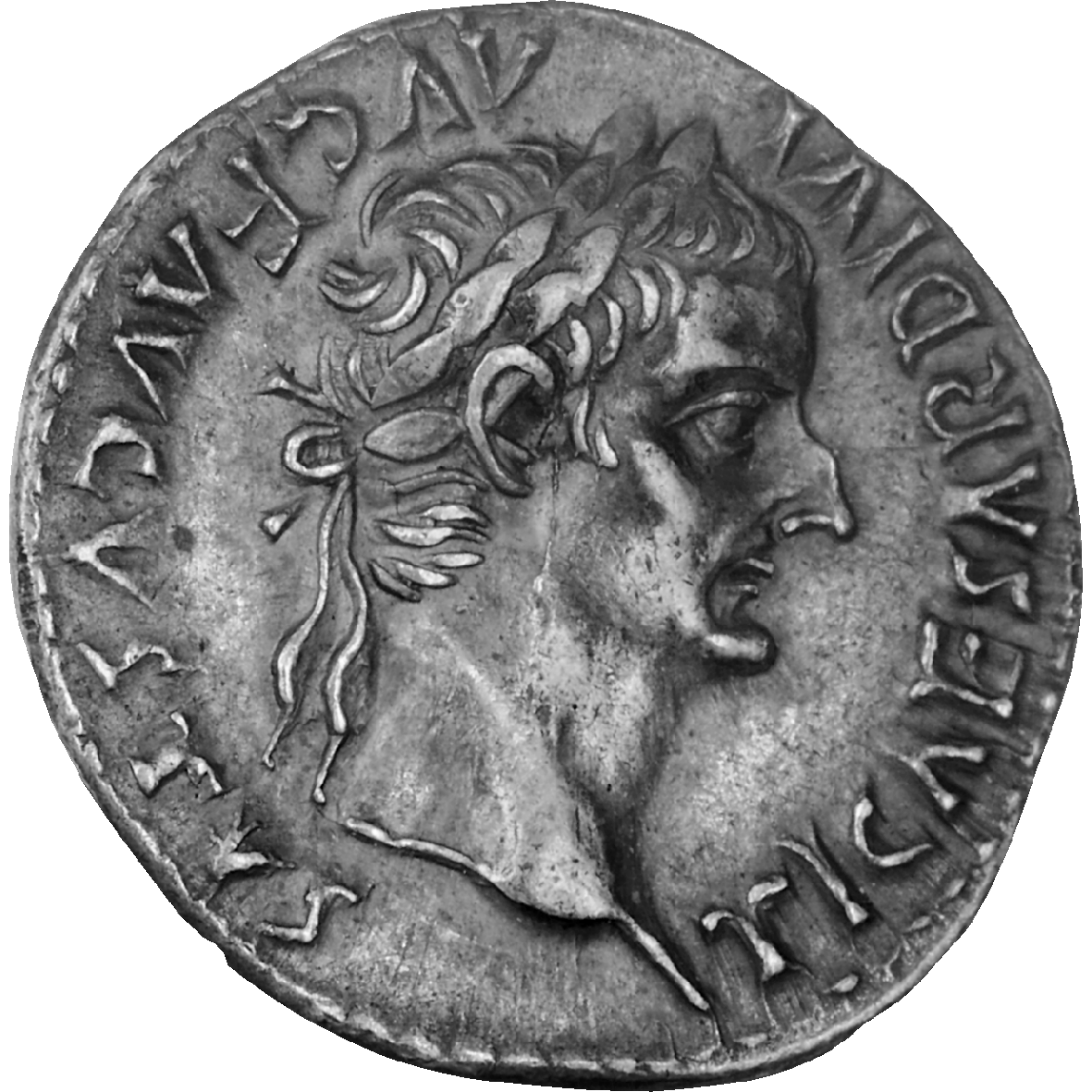 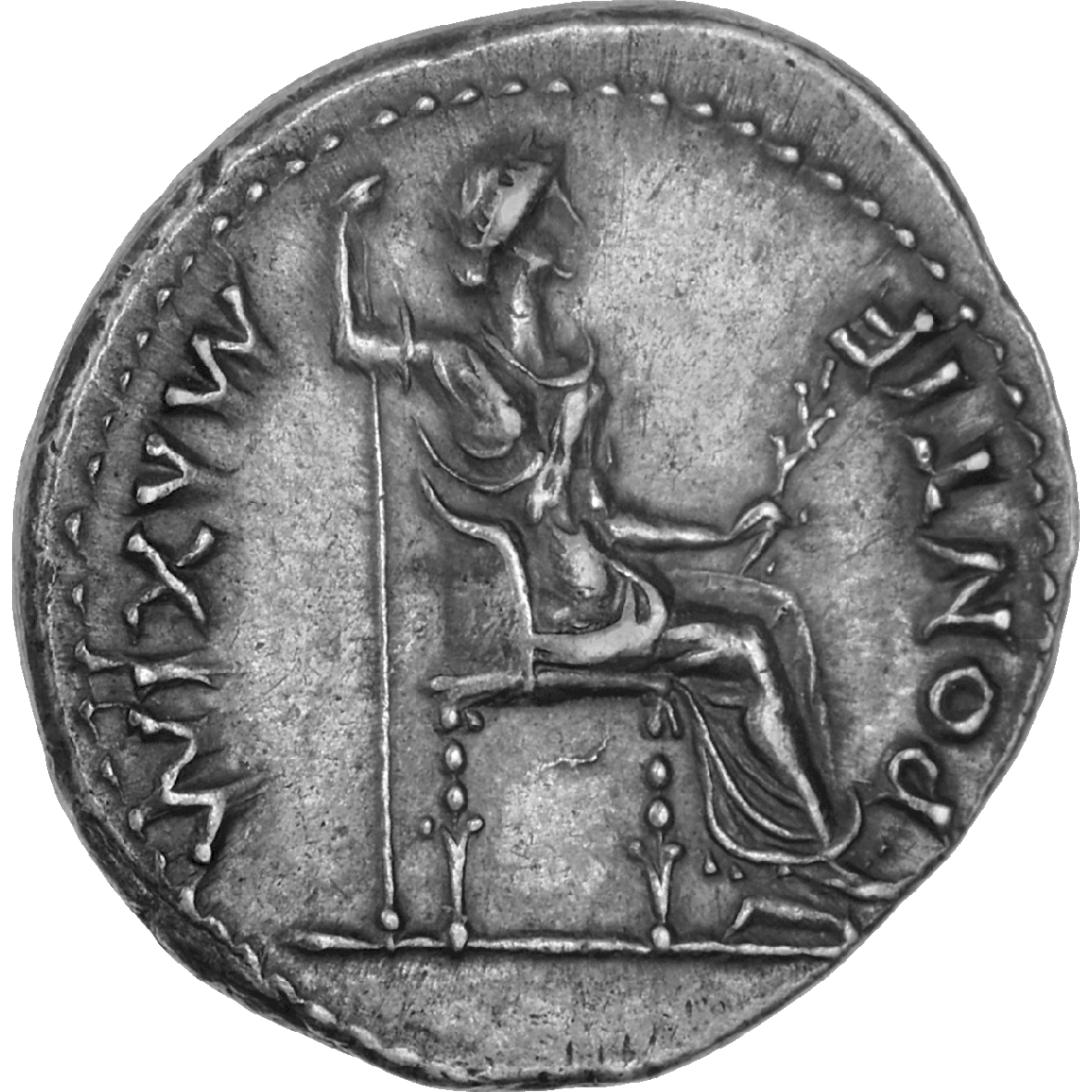 Tiberius (14-37) was the second Roman Emperor after his stepfather Augustus. His reign was one of the longest of the entire Roman Empire.

Legend has it that one day, Israeli scribes went to see Jesus to ask him whether Jews should or should not pay taxes to the Roman occupiers. Jesus asked one of them to show him a Roman coin that would be suitable for paying such a tax. When handed such a coin, he wanted to know whose name was on it. When answered that it was the name of Caesar, he responded, "Render unto Caesar the things which are Caesar's, and unto God the things that are God's."

The coin in question supposedly was a denarius with the portrait of Tiberius, as shown here.