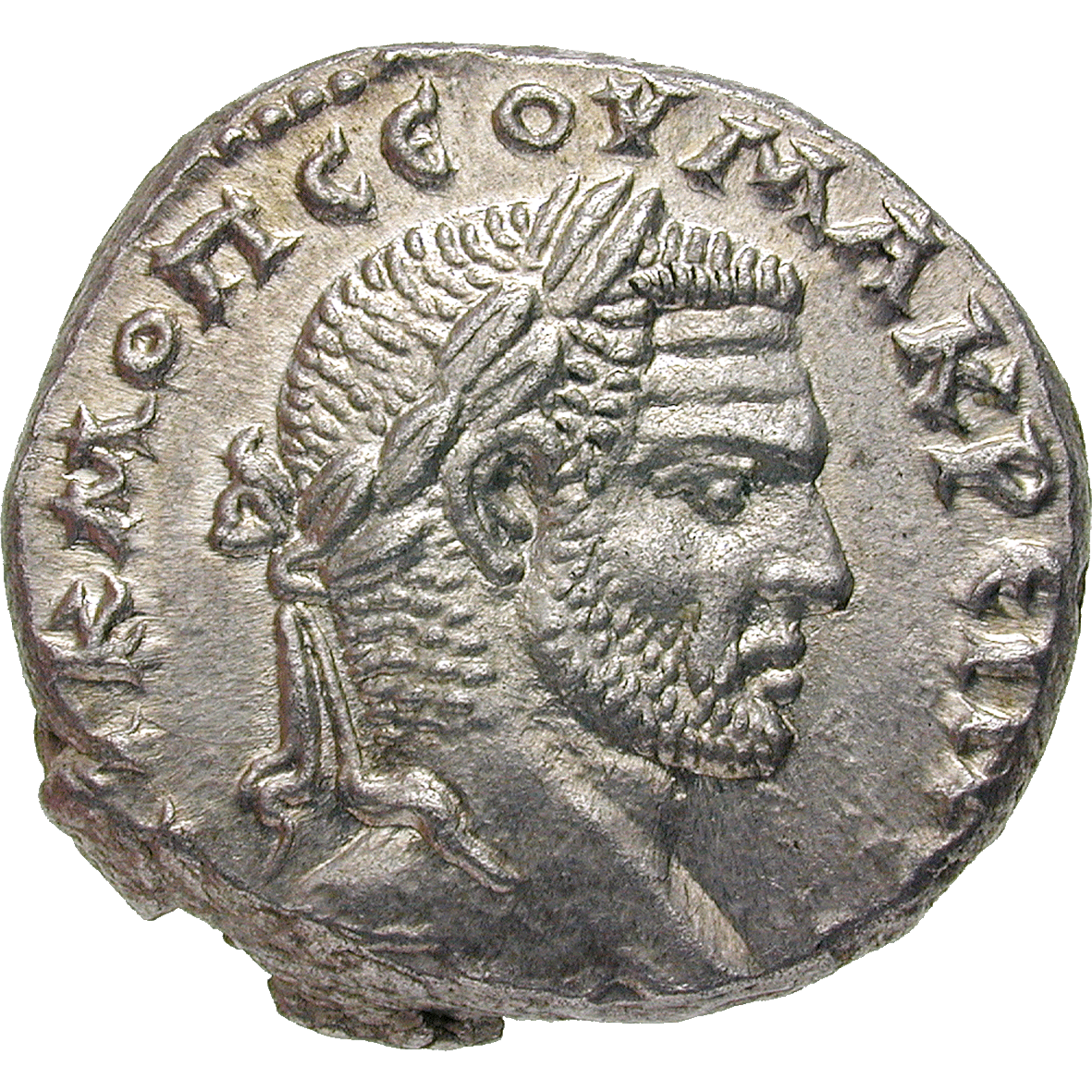 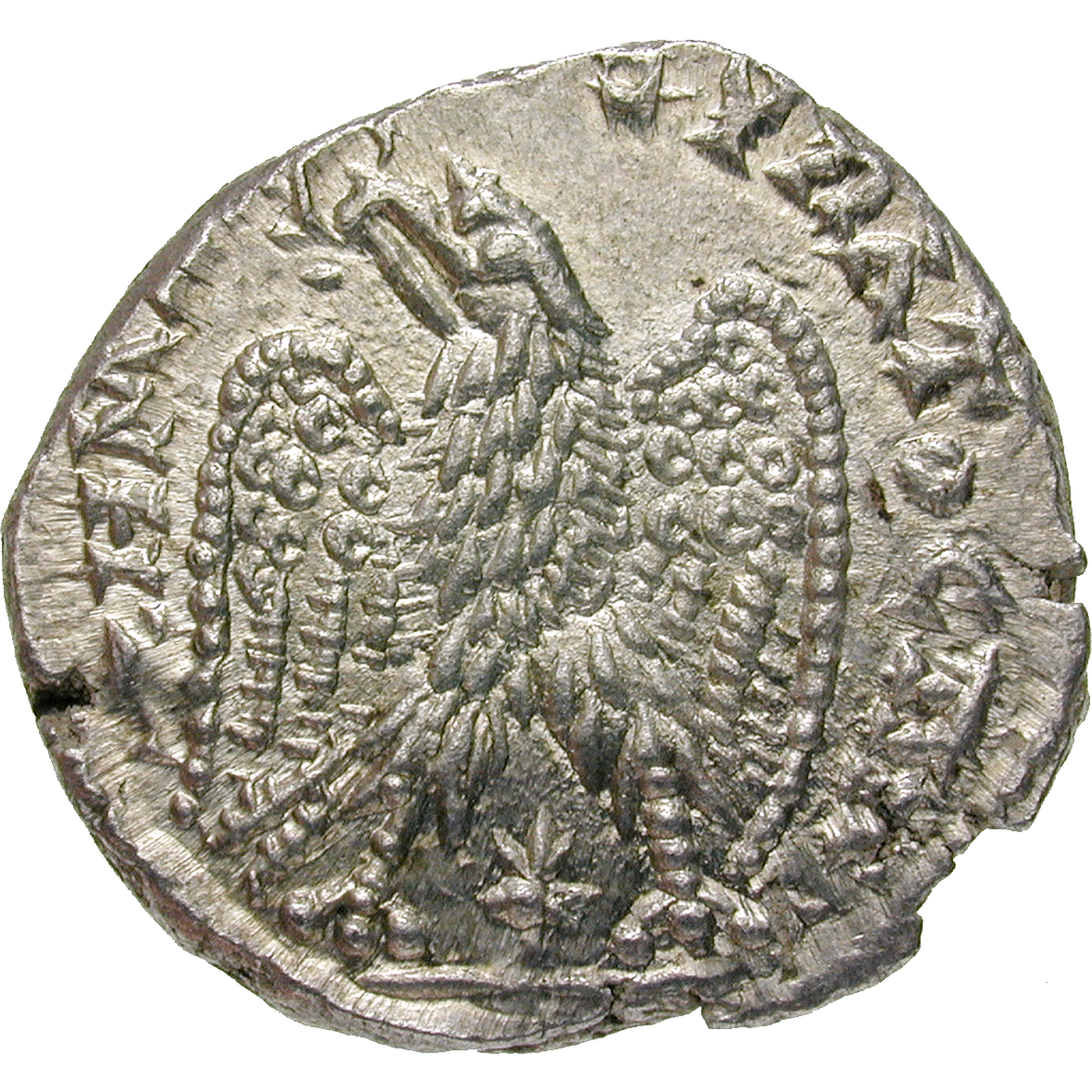 This Tetradrachm was minted in Antioch and shows a magnificent portrait of the Roman Emperor Macrinus (217-218). Antioch was an important mint since the money for the Roman troops in the east was struck here. The legend on this coin is in Greek, as the imperial coinage in the East was based on Greek denominations.

The coins of Emperor Macrinus minted in Rome show a youthful man with a soldier's haircut and a short beard. Yet, since Macrinus resided in Antioch, the coins struck there depicted him most probably more lifelike, with longer hair, a curly beard and a furrowed brow.