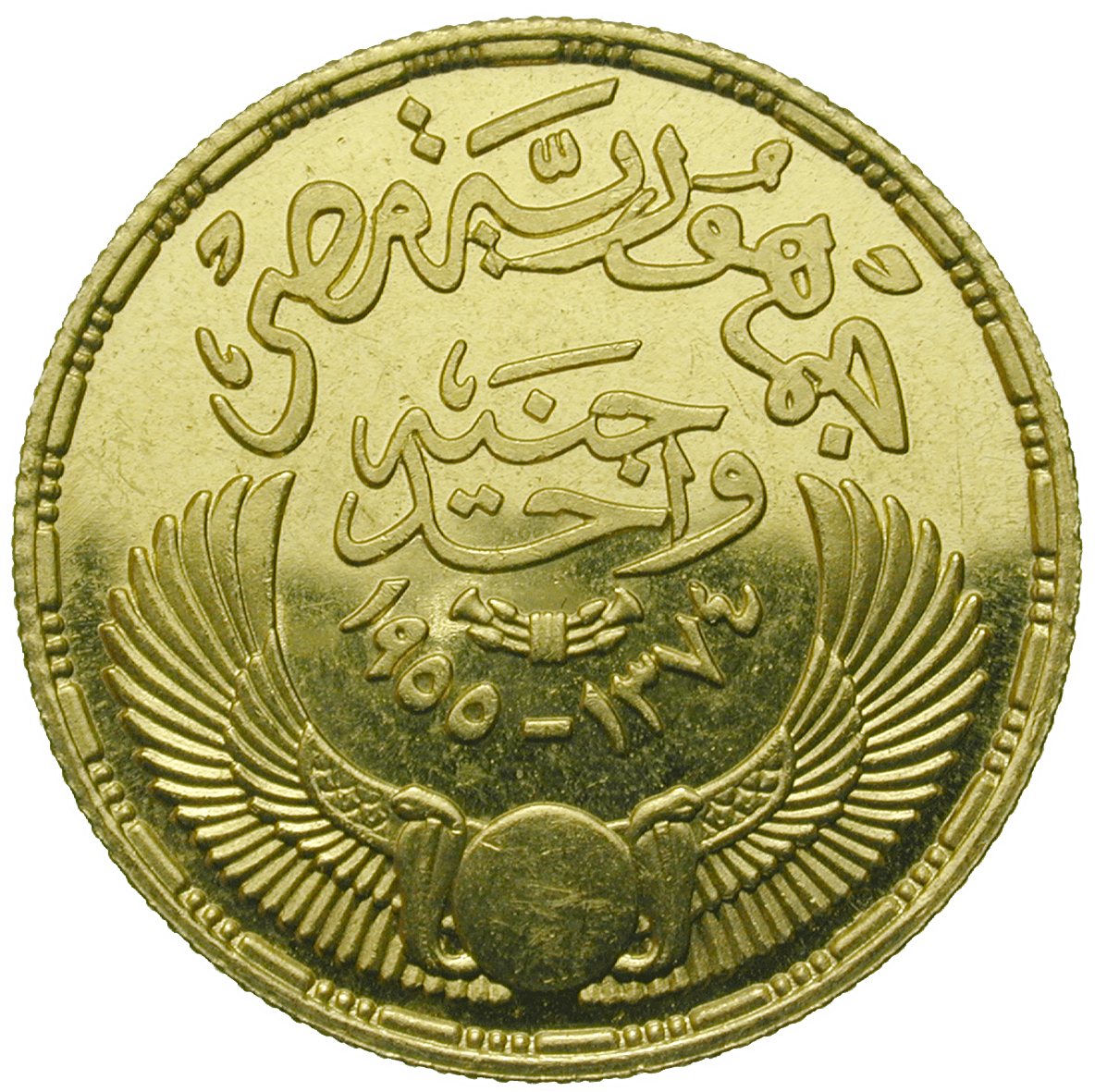 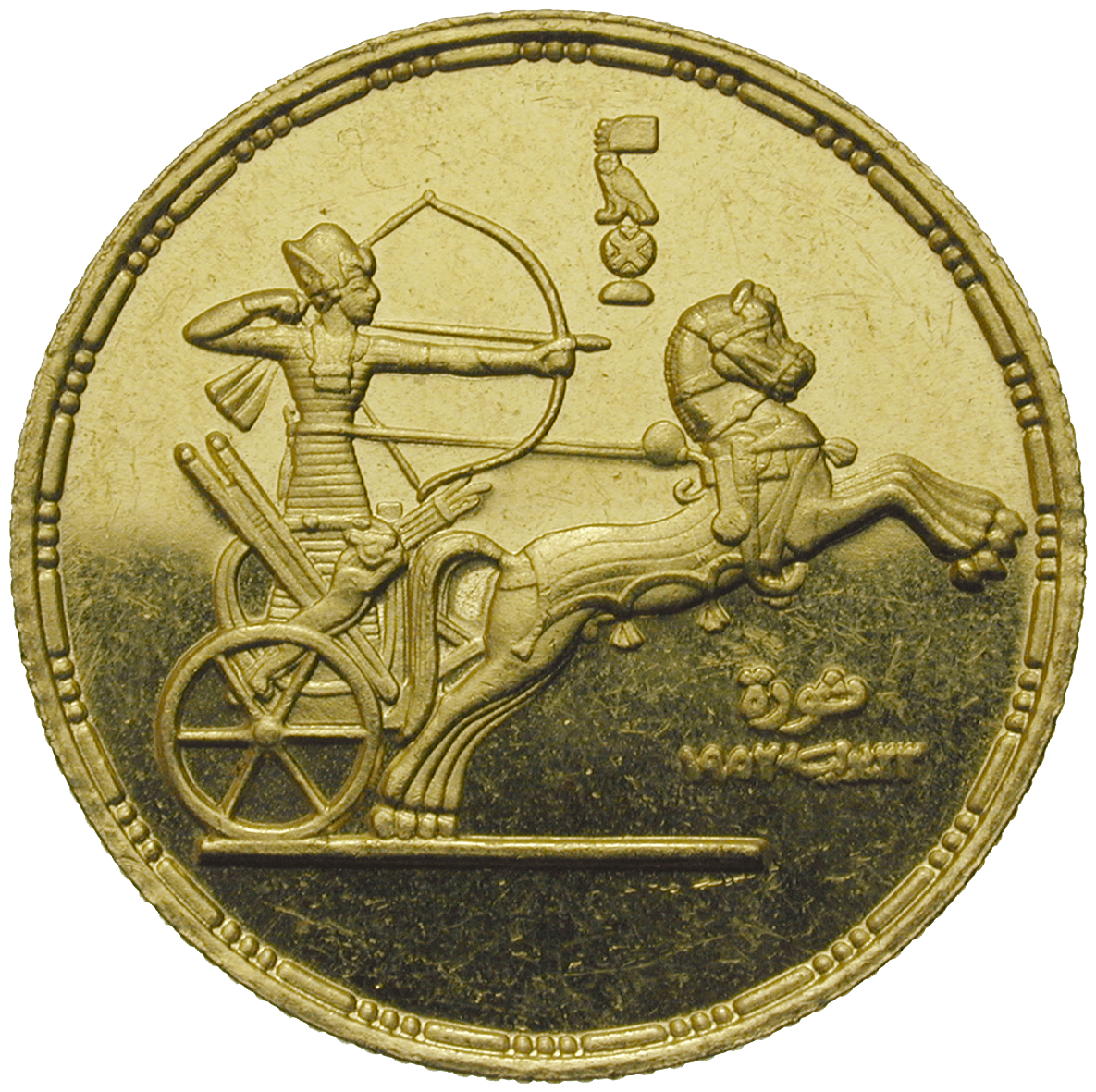 That Egypt minted pounds in English fashion is due to the European imperialism of the 18th and 19th centuries. The decay of Turkish power during that time led to an increase of European influence in the former Ottoman countries. In 1882, the British army occupied Egypt and turned the land on the Nile into a British protectorate (until 1922). Then, the Kingdom of Egypt was declared, and in 1952, Egypt became a republic. Before the British exertion of influence, the Egyptian currency was the piaster (quirsh), which was divided into 40 paras. 100 piasters equaled one pound. After the British protectorate, in 1922, the ban of depictions on Egyptian coins was rescinded. And since the declaration of the republic, Egypt has minted commemoration coins in pounds; piasters circulate as legal tender. This commemoration coin for the 3rd anniversary of the revolution depicts on the obverse Arabic letters over a winged eye and on the reverse an archer on his war wagon.