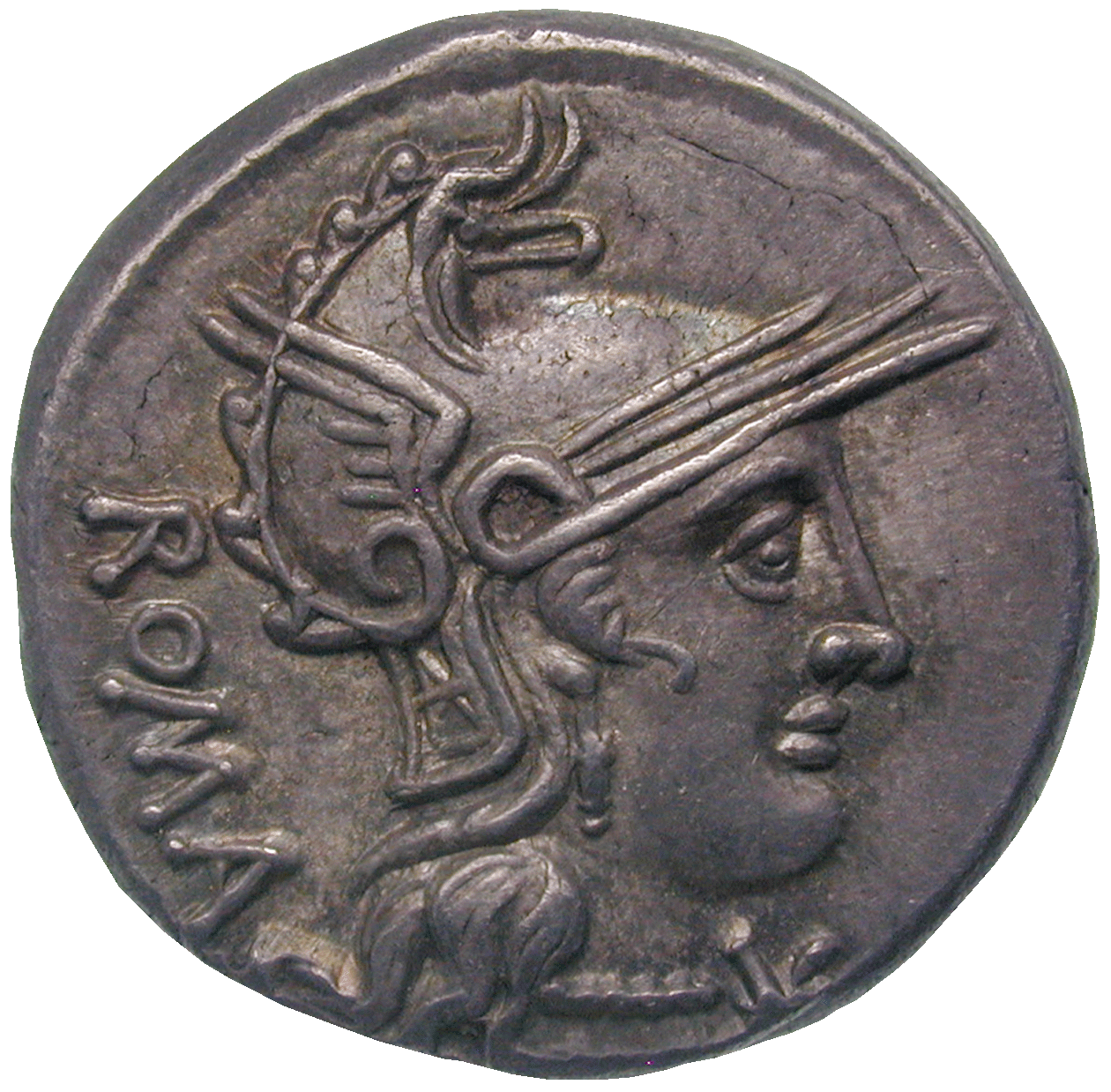 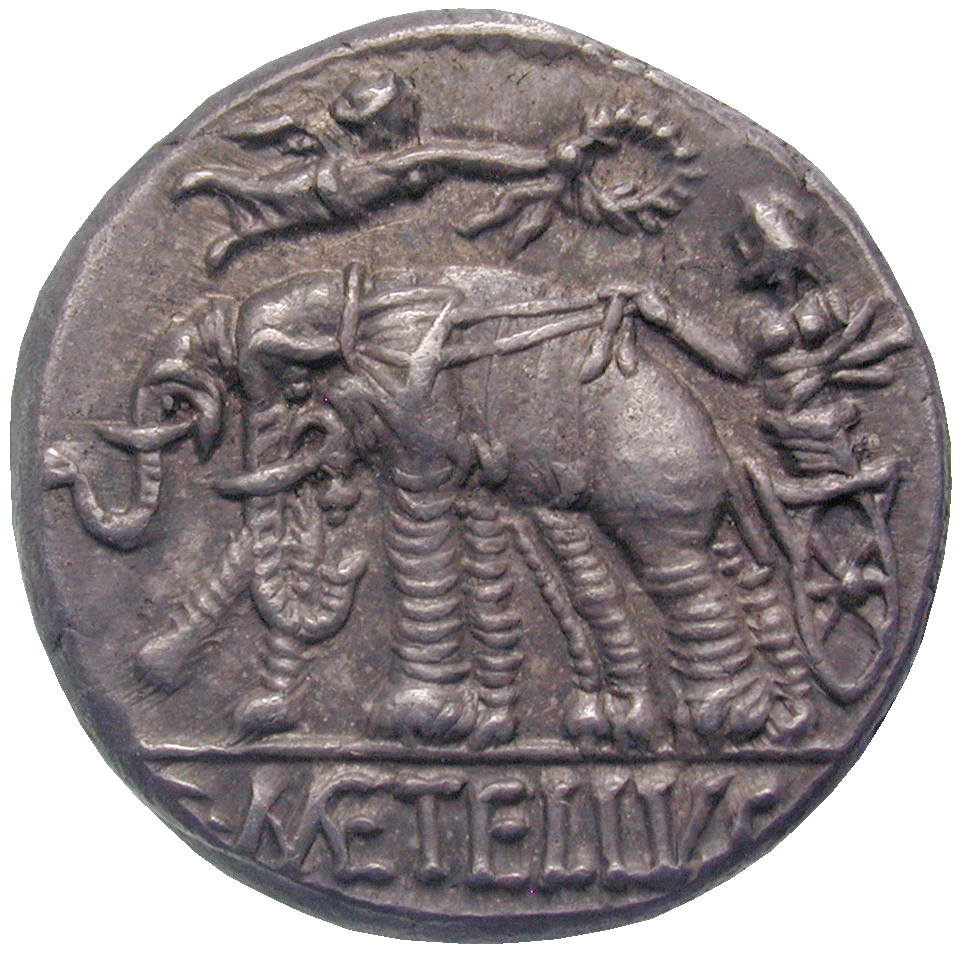 The issuer of this denarius was supposedly Gaius Caecilius Metellus Caprarius. In the year 125 BC he was one of three Roman moneyers, one of the lower offices in the cursus honorum, the sequential order of public offices typically held by Roman patricians. Latest in 117 BC Gaius Caecilius was praetor, and in 113 BC consul.

The obverse shows the head of the goddess Roma. On the reverse is Jupiter driving a biga drawn by two elephants. Victoria, the goddess of victory, is approaching to crown him with a wreath. With this image, Metellus celebrated the victory of his ancestor Lucius Caecilius Metellus over the Carthaginian commander Hasdrubal at Panormos (today's Palermo in Sicily) in 251 BC. In the process, the elephants of the Carthaginians were seized.