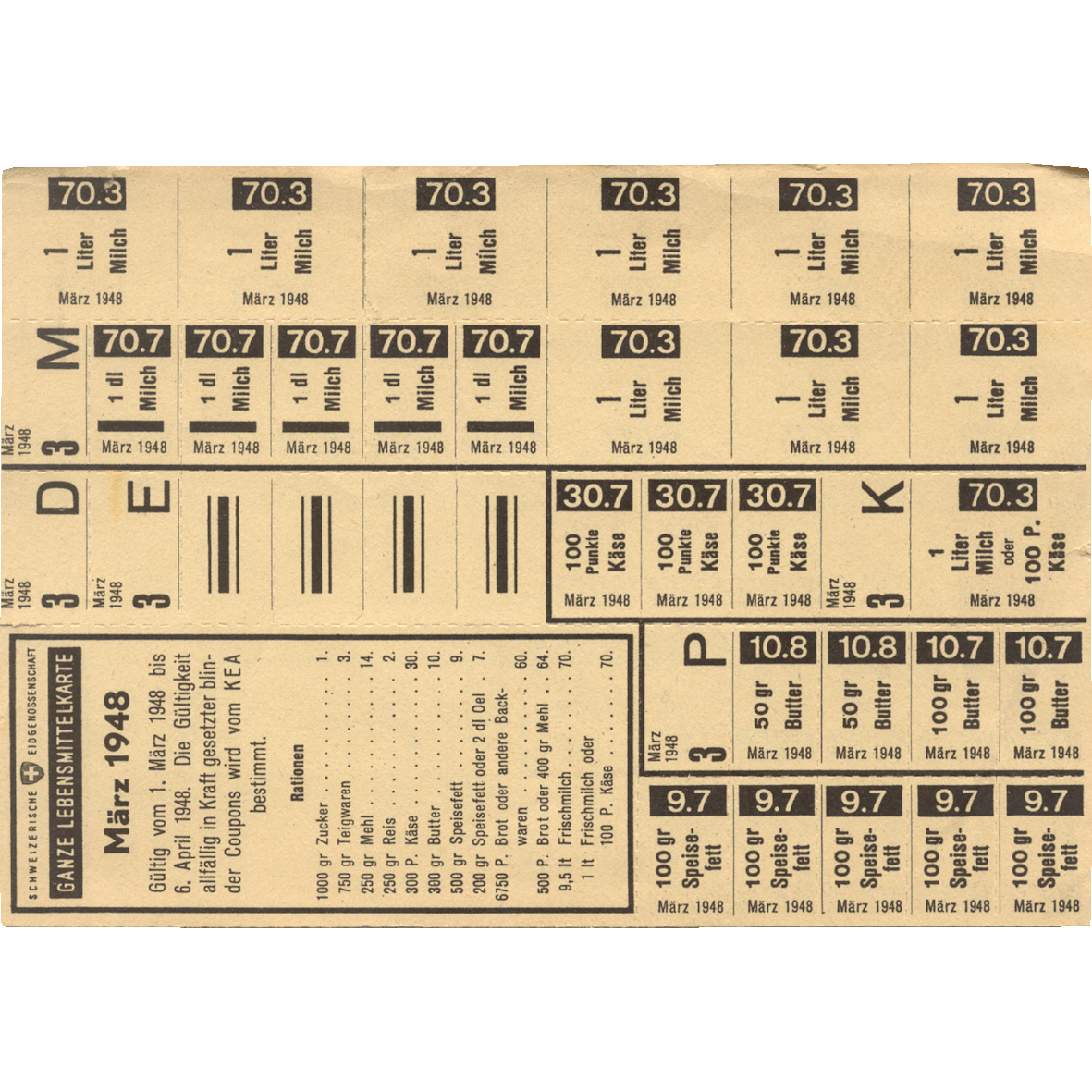 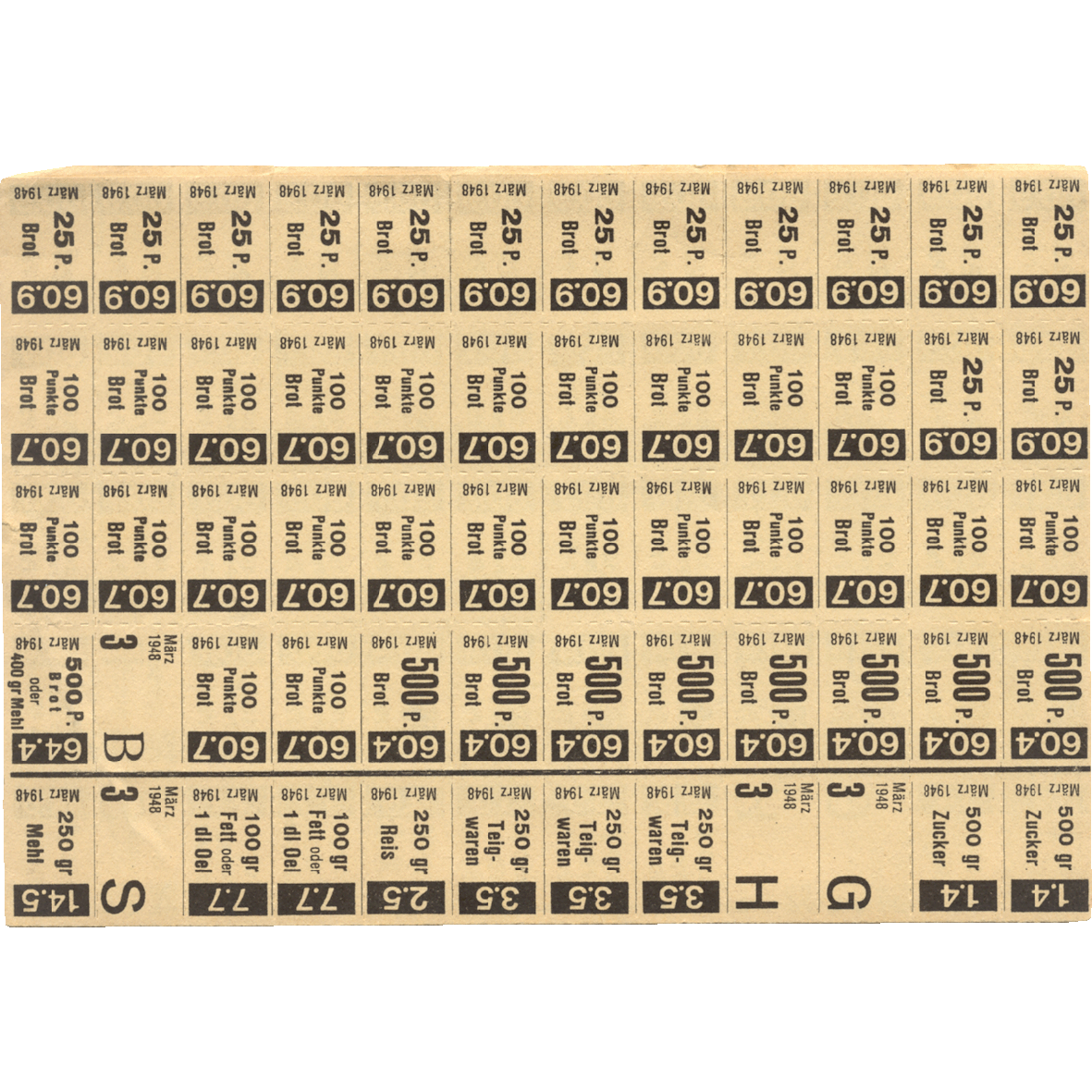 The Swiss Federal Council managed to secure the supply of food for the Swiss population during the Second World War (1939-1945). The government had learned from the First World War (1914-1918) and made economic dispositions long before the outbreak of the War. Hence, from October 1940 to June 1948, foodstuff and other important consumer goods were rationed in Switzerland. The population was given food cards, from which single coupons could be torn; these entitled the owner to buy a certain good. This food ration card dates from March 1948 and contained coupons for the purchase of cheese, milk, butter, bread, lard, flour, pasta, rice and sugar.