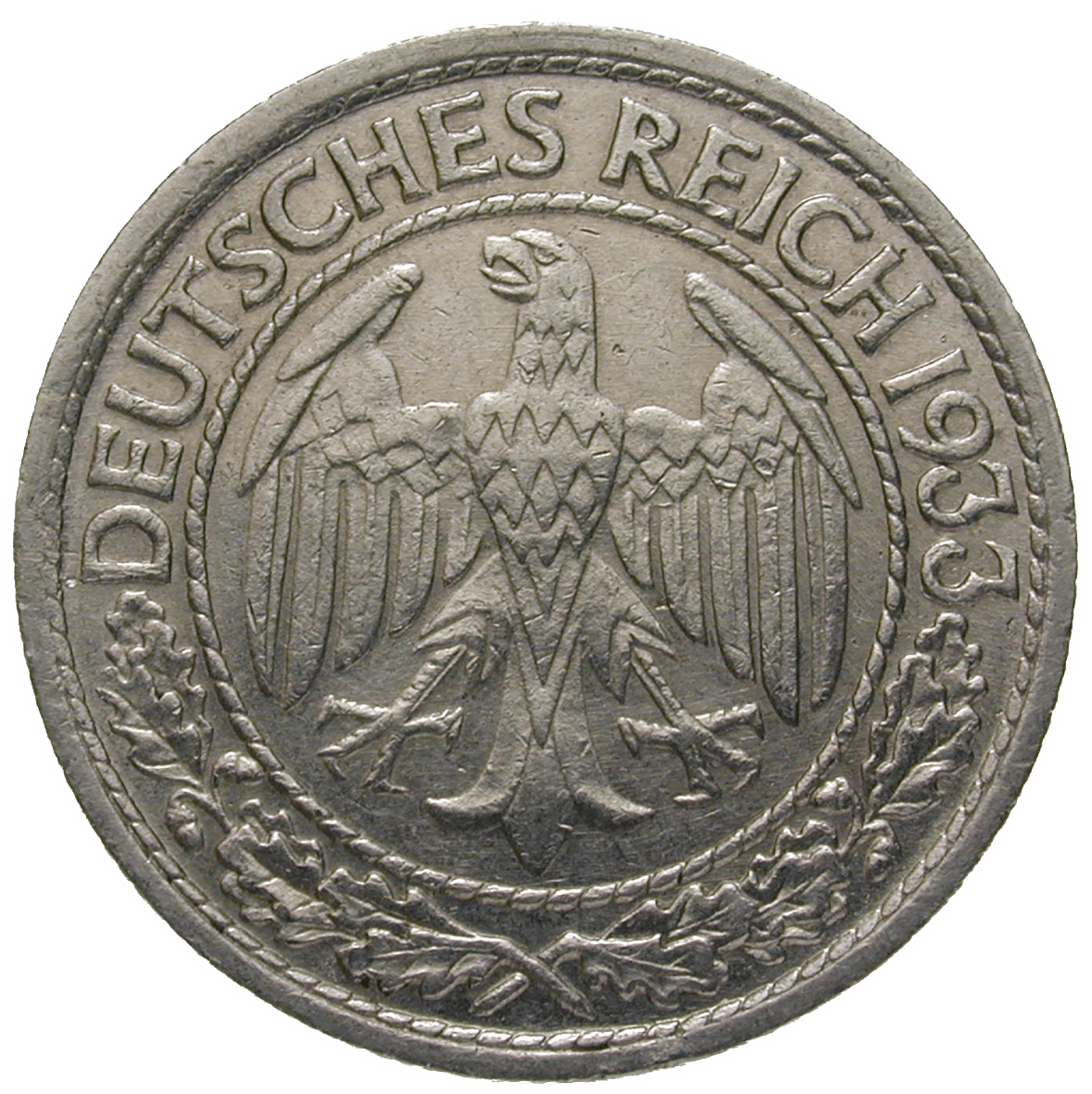 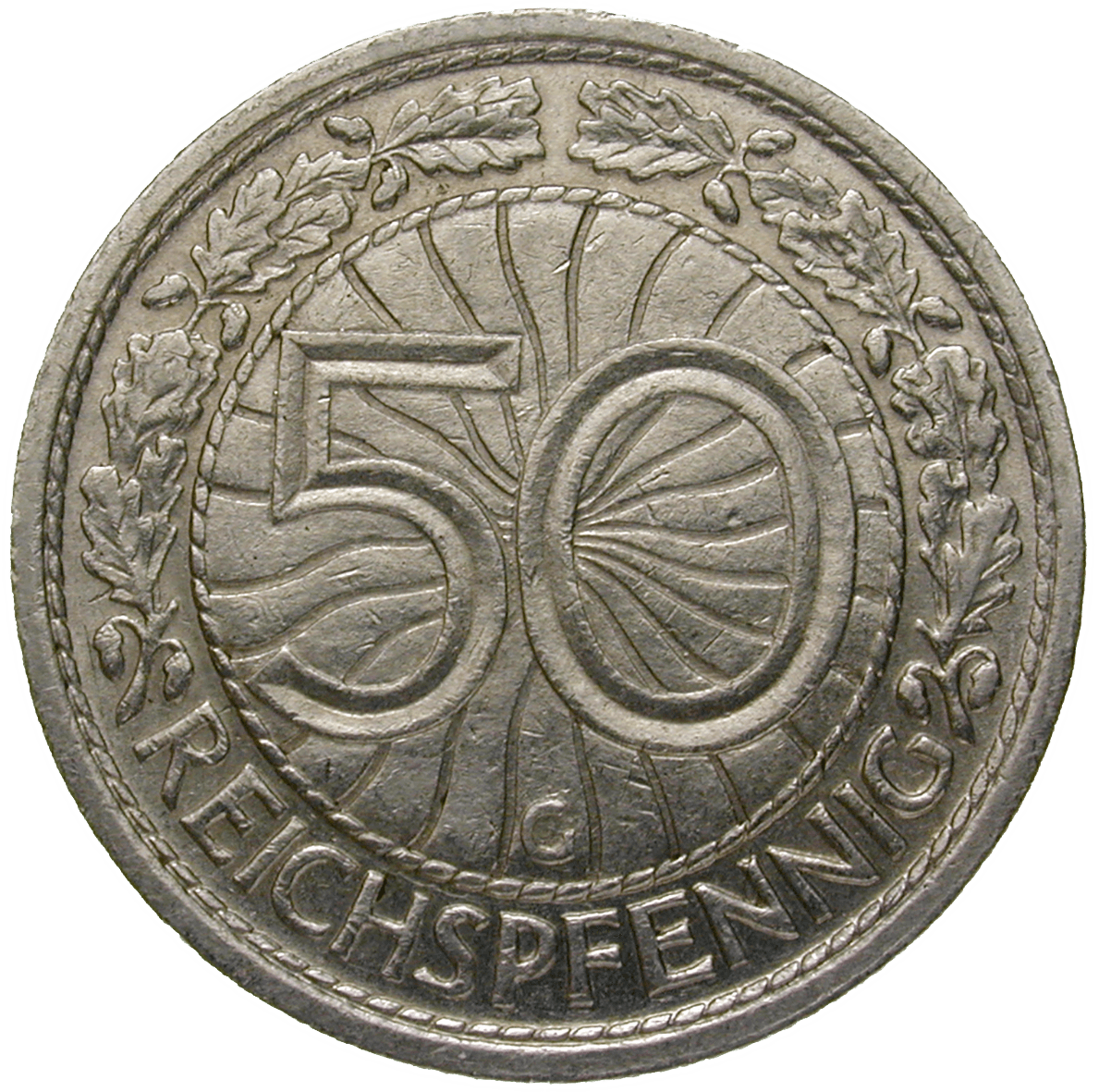 The Great Depression, which began with the crash of the New York stock market in 1929, hit Germany gravely. In January 1933, ten percent of the German population was without a job. The resulting misery and discontent among the population helped national socialism to quickly come to power. That year Adolf Hitler, the leader of the National Socialists, became chancellor. That was the end of the Weimar Republic and its money – this 50-pfennig-coin belongs to one of the last republican issues.