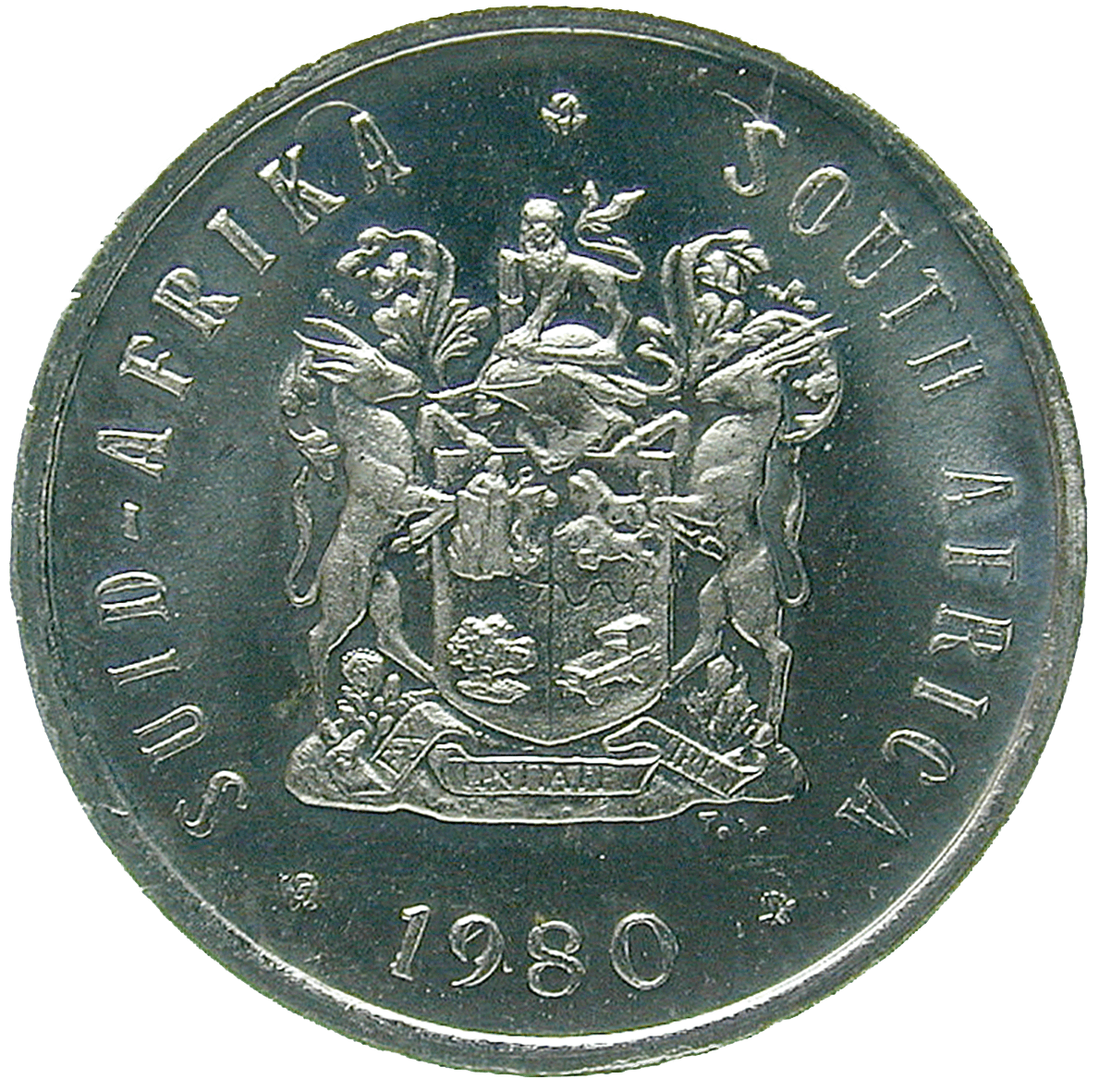 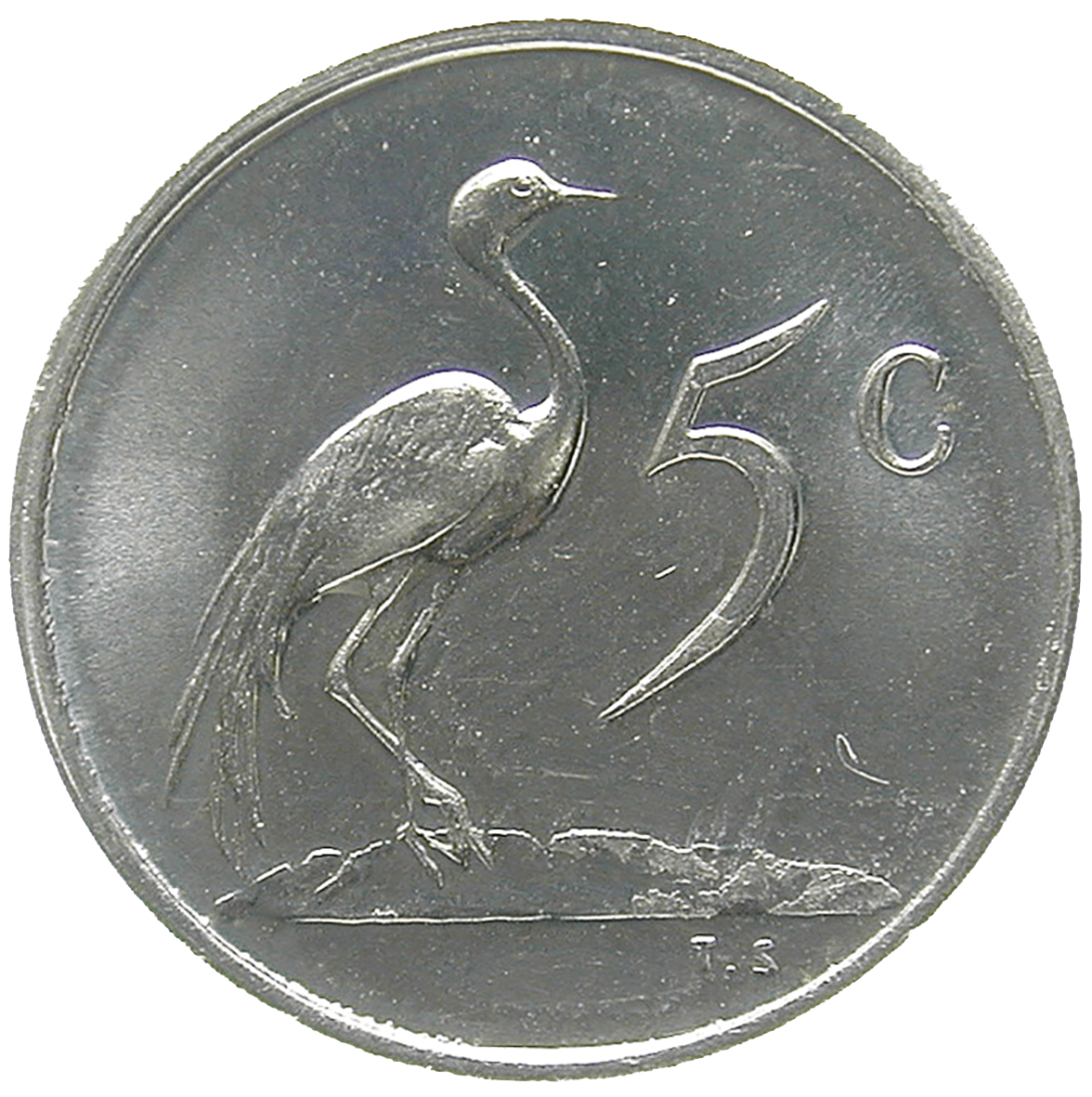 In 1899 the Second Anglo-Boer War between Great Britain and the South African Boer republics broke out. The Boers pursued an initially very successful guerrilla tactic that inflicted many British casualties: they carried out sneak attacks in small parties, and then withdrew rapidly. The Brits, on the other hand, took draconic measures by using the policy of "scorched earth," burning down all Boer homesteads and farms and destroying their crops. To prevent the Boers from resupplying at their homes, about 120,000 Boers – mostly women and children – were forcibly moved into concentration camps. In the last year of the war, the Boers of the Transvaal minted gold coins. On the run from the overwhelming British forces they had struck 986 pieces of so-called veld ponds – coined by hand on a makeshift mint set up in the fields. The obverse of the veld ponds bore the intricated letters ZAR (Zuid-Afrikaansche Republiek) and the date 1902, while the reverse denoted the value EEN POND. Of these very rare coins many forgeries are in circulation today – so be aware of "bargains"!