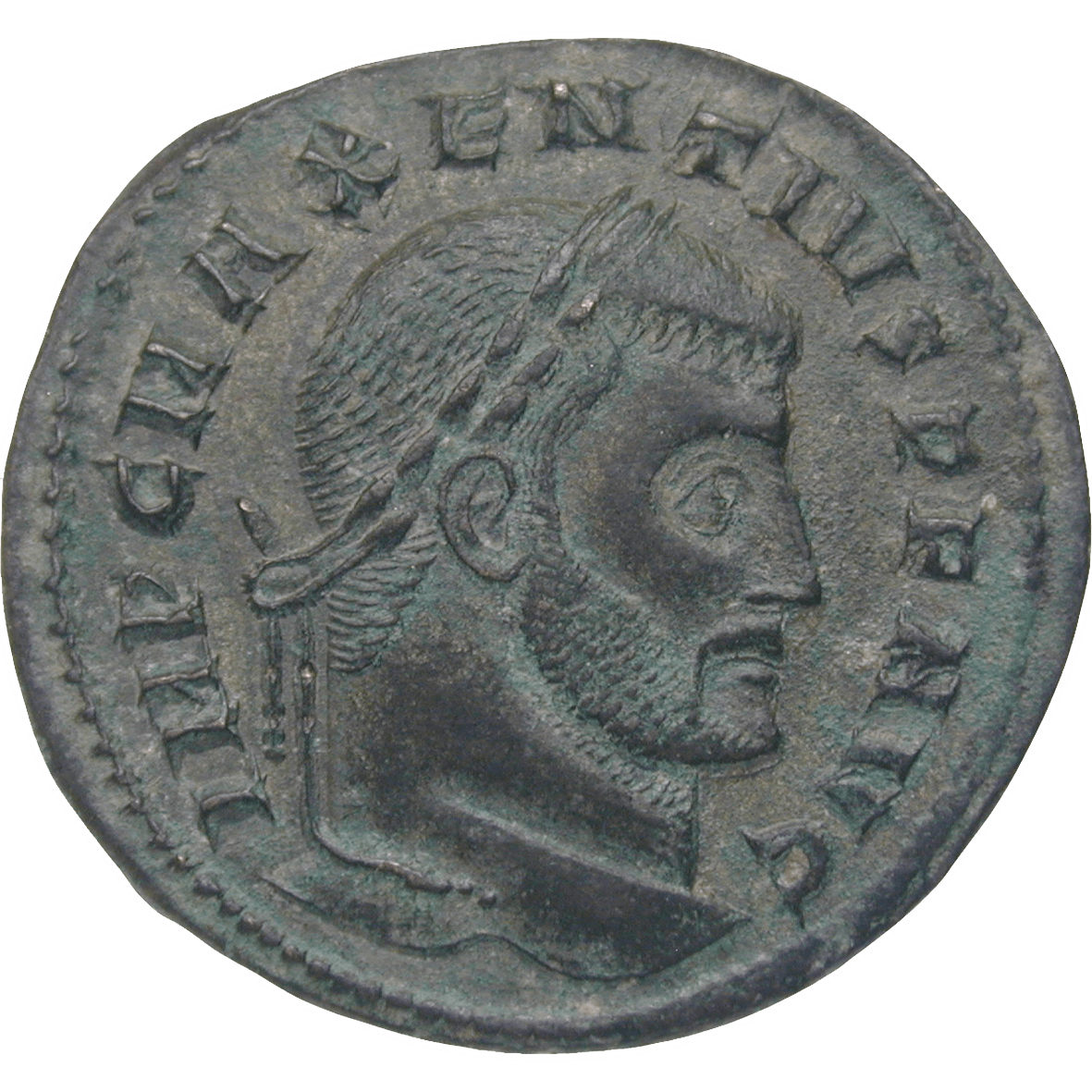 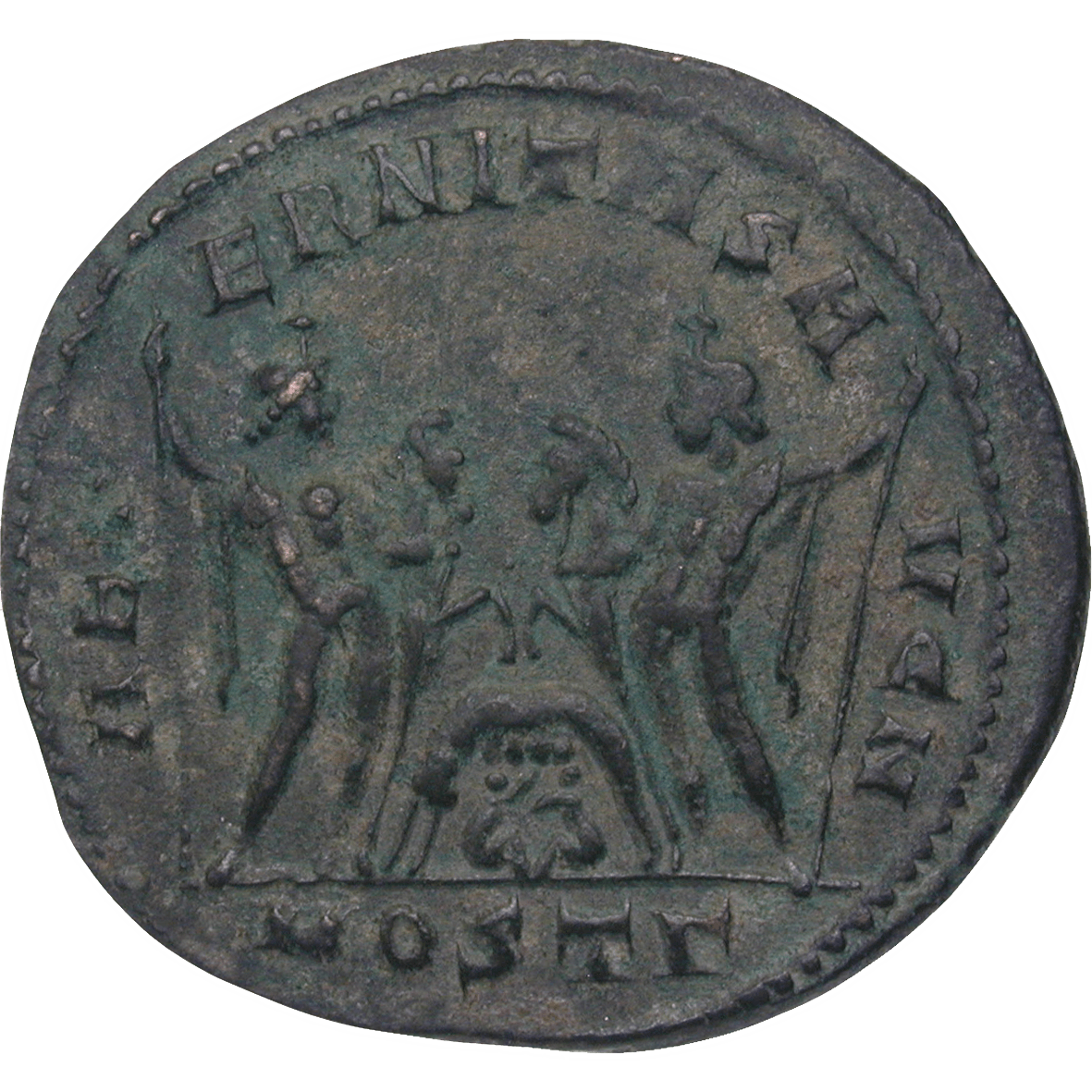 The Romans took it for granted that gods interfered with every-day-life. The divine twins Castor and Pollux, they regarded as saviors in battle and, as a constellation in the sky, as navigational help for sailors.

This copper coin of Emperor Maxentius (386-312) shows the brothers with their horses. Between them, the Roman she-wolf is feeding another Roman twin pair, the babies Remus and Romulus, the legendary founders of the city of Rome.