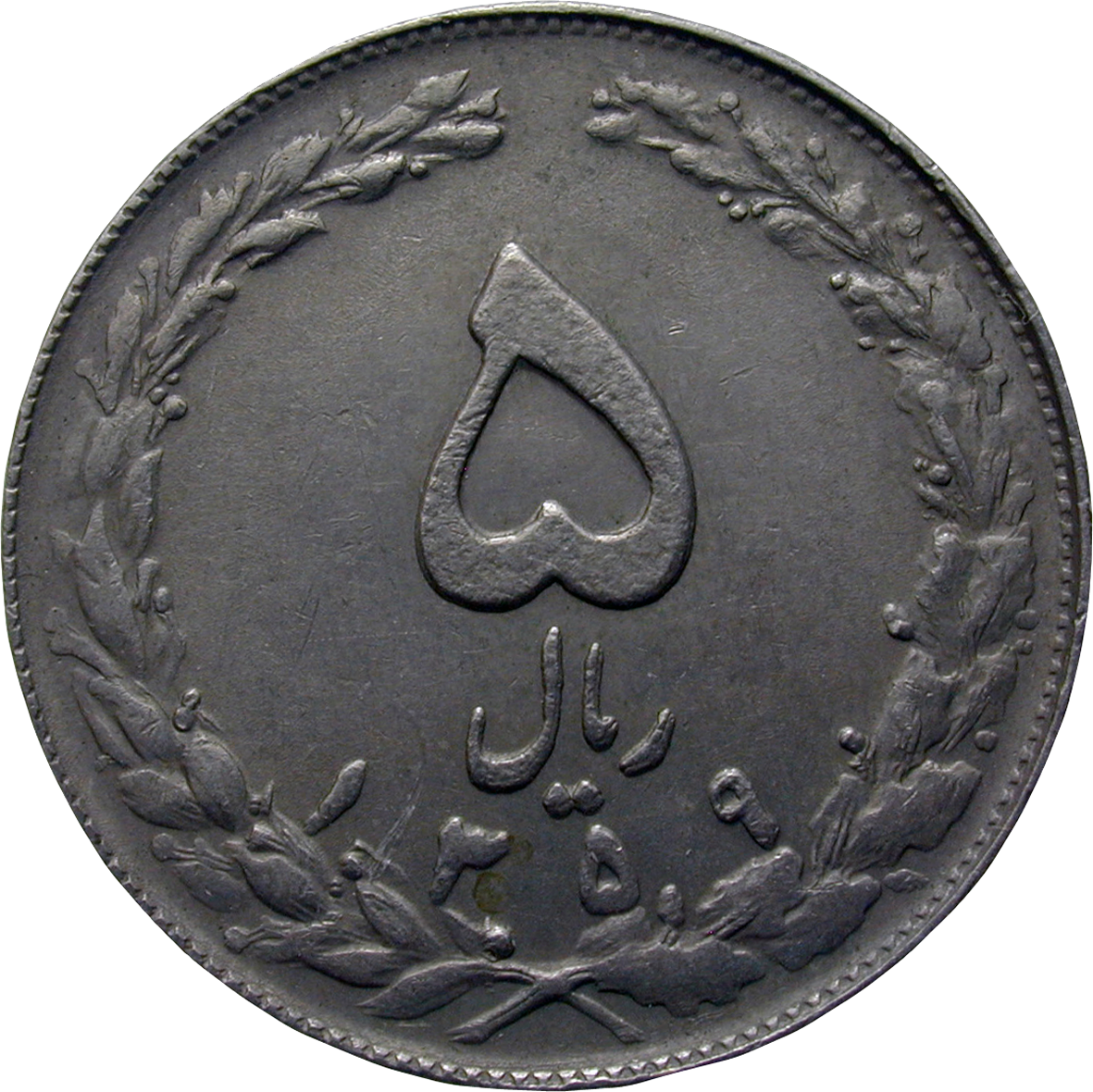 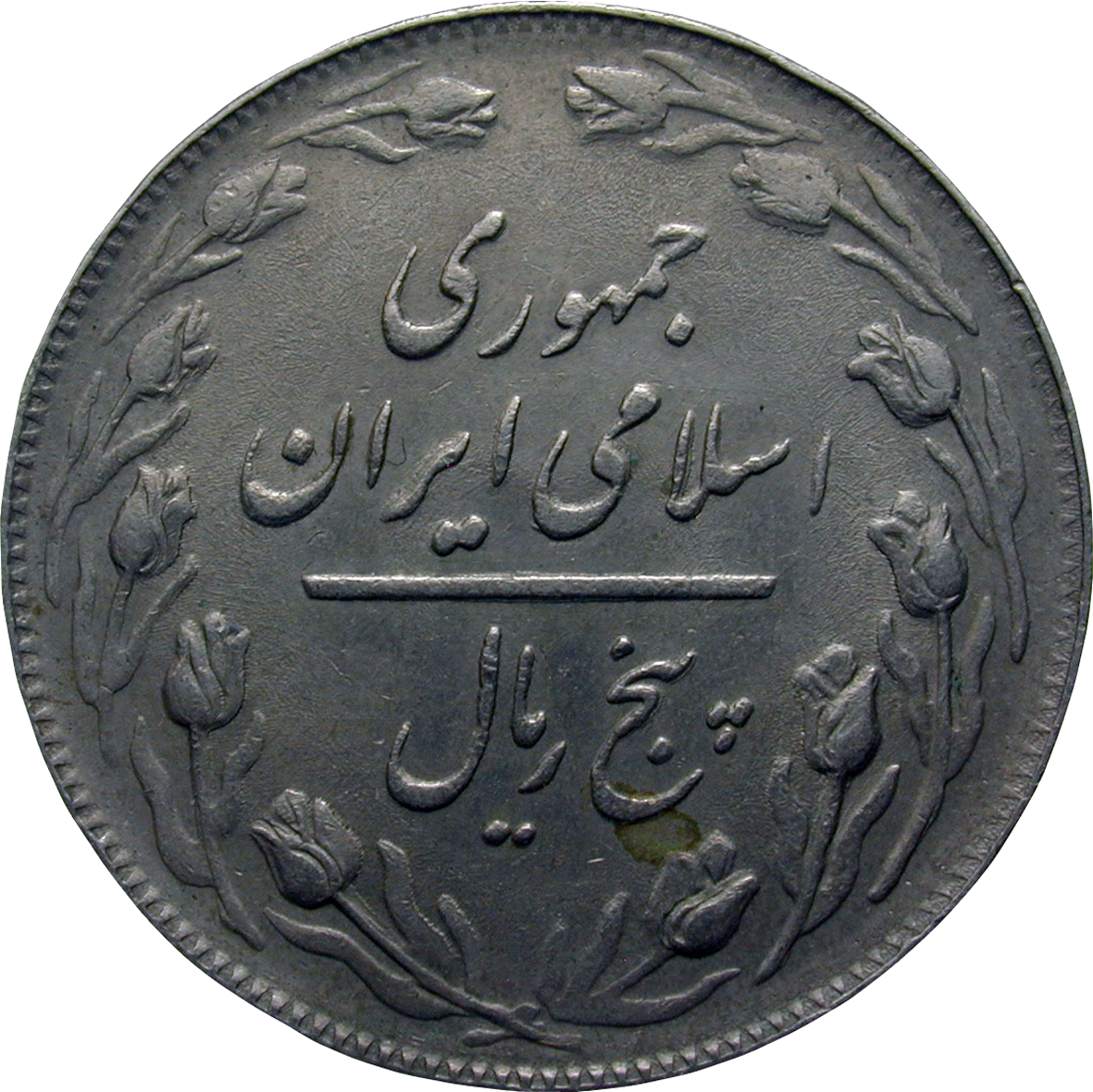 The calendar of most Muslim countries begins with the emigration (known as the Hijra) of the Prophet Muhammad from Mecca to Medina. For dates between January 1st and March 20, 622 years have to be subtracted, and for dates between March 21st and December 31st, 621 years have to be subtracted from the Western Gregorian calendar. This calendar is known as AH-calendar in the western world, as Anno Hijri calendar. In Iran, on the other hand, the Iranian or Persian calendar is in use. It begins in the year 621/22, just as the AH-calendar. Unlike the AH-calendar, however, which is based on the moon, the Iranian calendar is a solar calendar. It is known in the West as SH-calendar, as Solar Hijri Calendar. This coin was minted in 1359 SH, in 1981/81 of the Gregorian calendar thus.