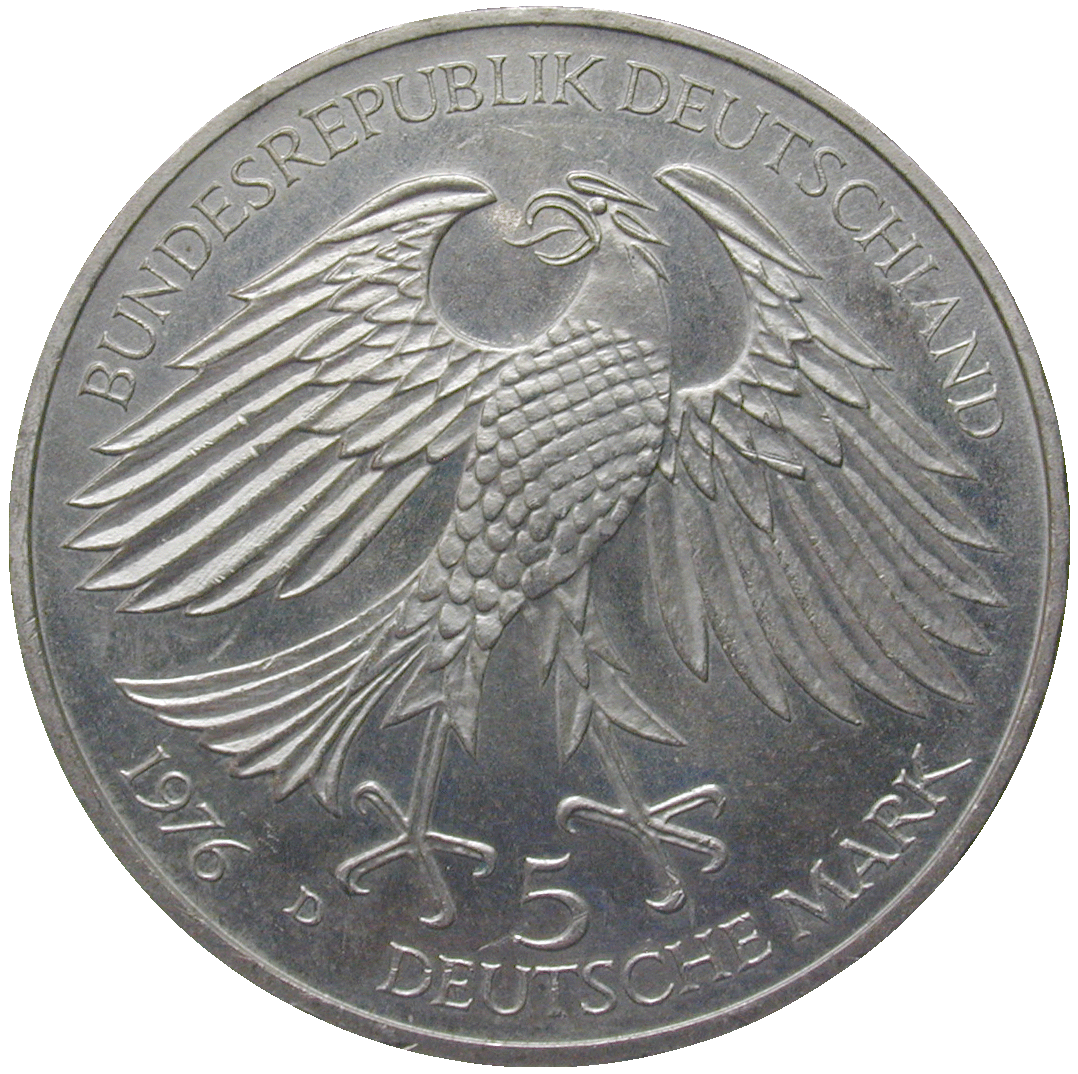 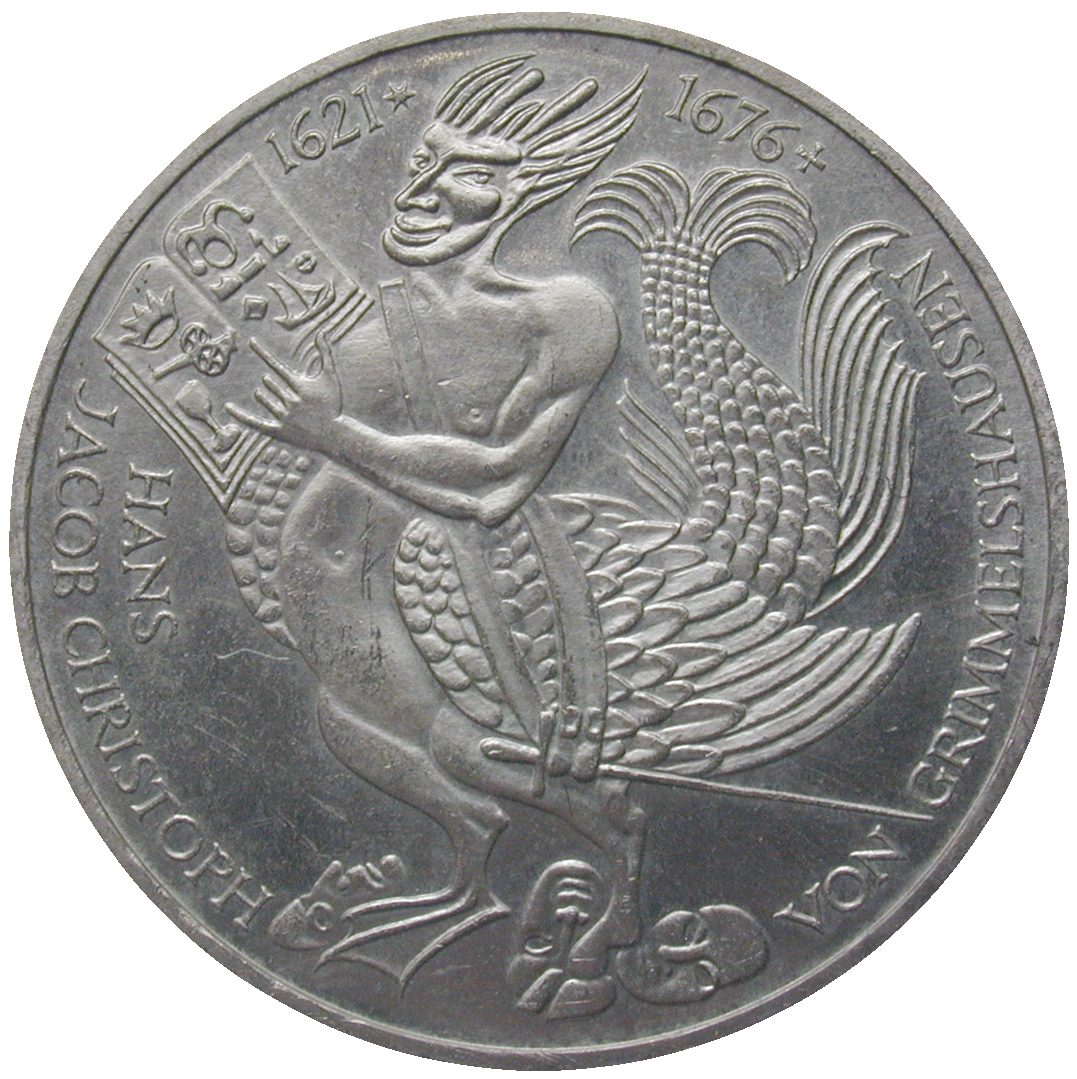 A mythical creature with a fish tail, wings, a goat's hoof and a duck's foot reading a book – a curious image on a German coin. The caption sheds a light on the picture: "HANS JACOB CHRISTOPH VON GRIMMELSHAUSEN, born 1621, died 1676," it reads. The picture is a representation of the front page of Grimmelshausen's "Simplicius Simplicissimus" (in German "DER ABENTHEURLICHE SIMPLICISSIMUS"). The adventure story was inspired by the horrors and devastations of the Thirty Years' War (1618-1648) – hence the horrible creature. The coin is a commemoration issue on the 300th Anniversary of the author von Grimmelshausen (*1621, †1676).