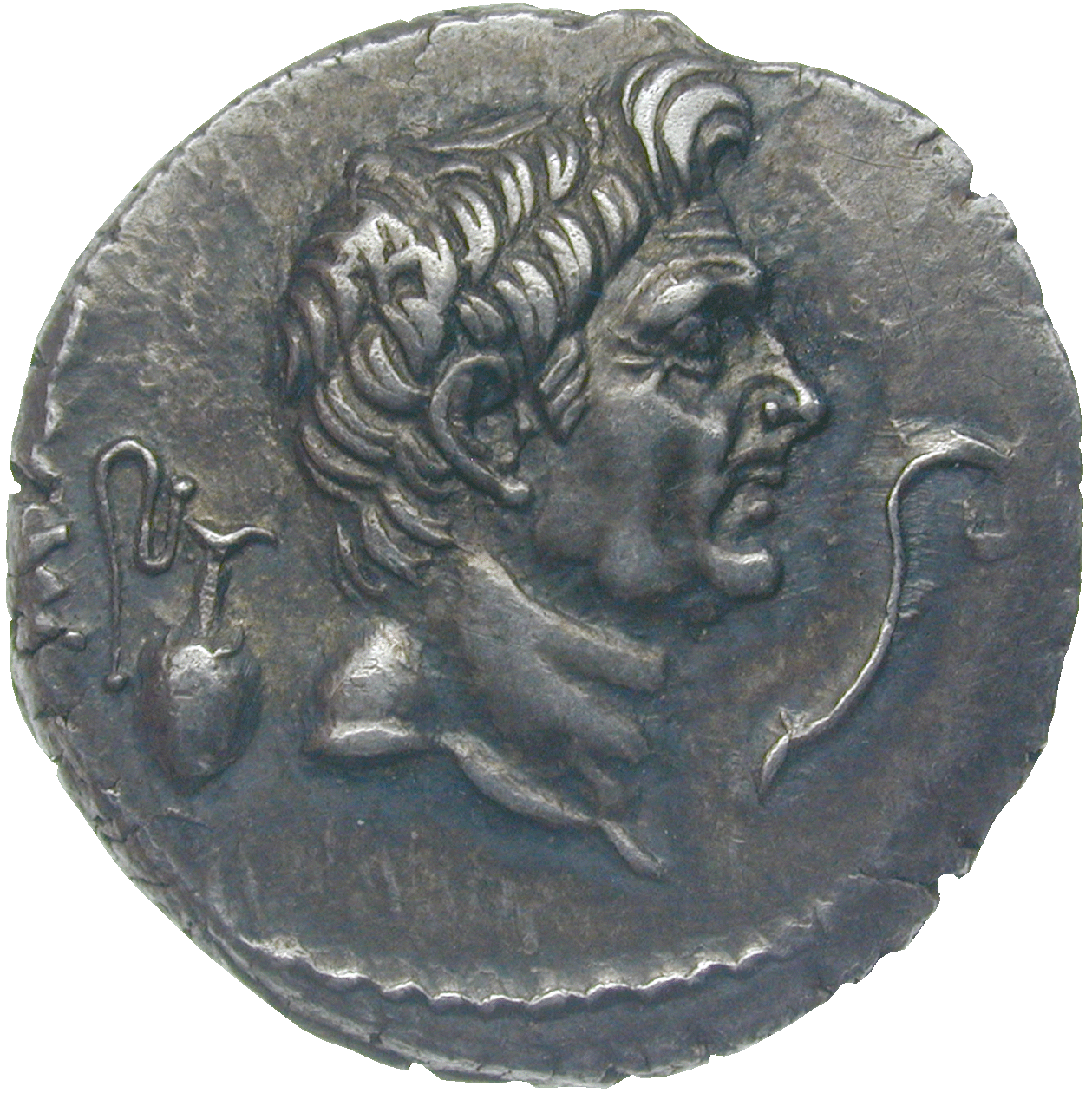 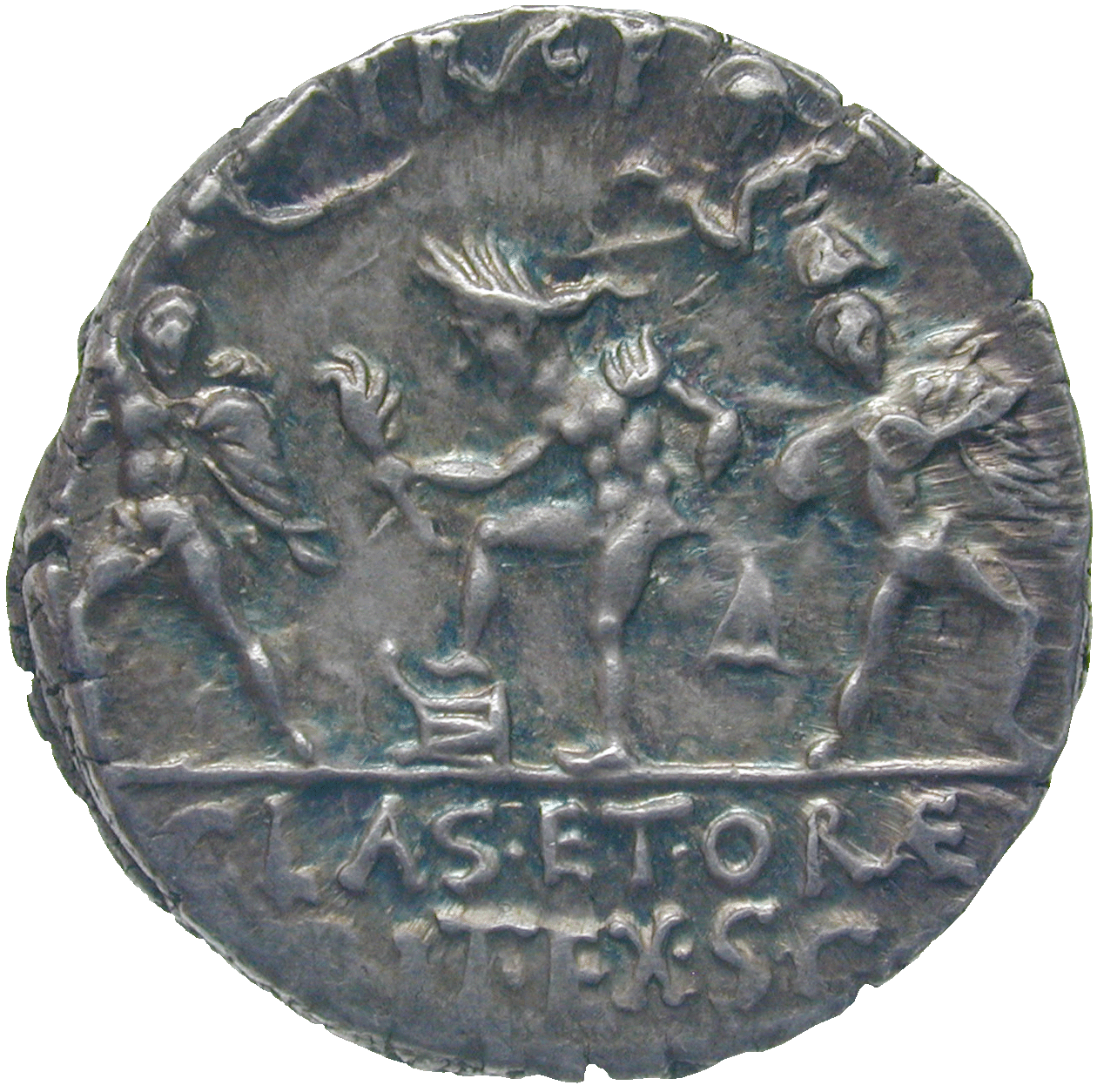 This Roman denarius was issued between 42 and 40 BC by Sextus Pompeius. The obverse depicts Sextus' father Gnaeus Pompeius Magnus with a pitcher and a staff. These items were symbols of the Augurs, a position that Pompey the Great had held.

The reverse shows Neptune, the god of the sea, placing his foot on a prow. On either side stand the Katanean brothers, one bearing their father on his shoulders.

Neptune alluded to the fact that the Senate had made Sextus Pompey 'Praefetus classis et orae maritimae,' a 'commander of the fleet and the sea coast.' In this function he was to secure the shipping of grain to Rome, since he held power over the sea routes to Italy from his position in Sicily.

The image of the Katanean brothers stood for Sextus' father, or rather for his son's fidelity towards him. According to that well-known Roman legend the two brothers had not rescued gold, silver or household stuff during an outbreak of Mount Aetna, but instead saved their old parents lives. With this heroic deed, they became a symbol for the Roman virtue of pietas, of duty towards parents, particularly to the father.