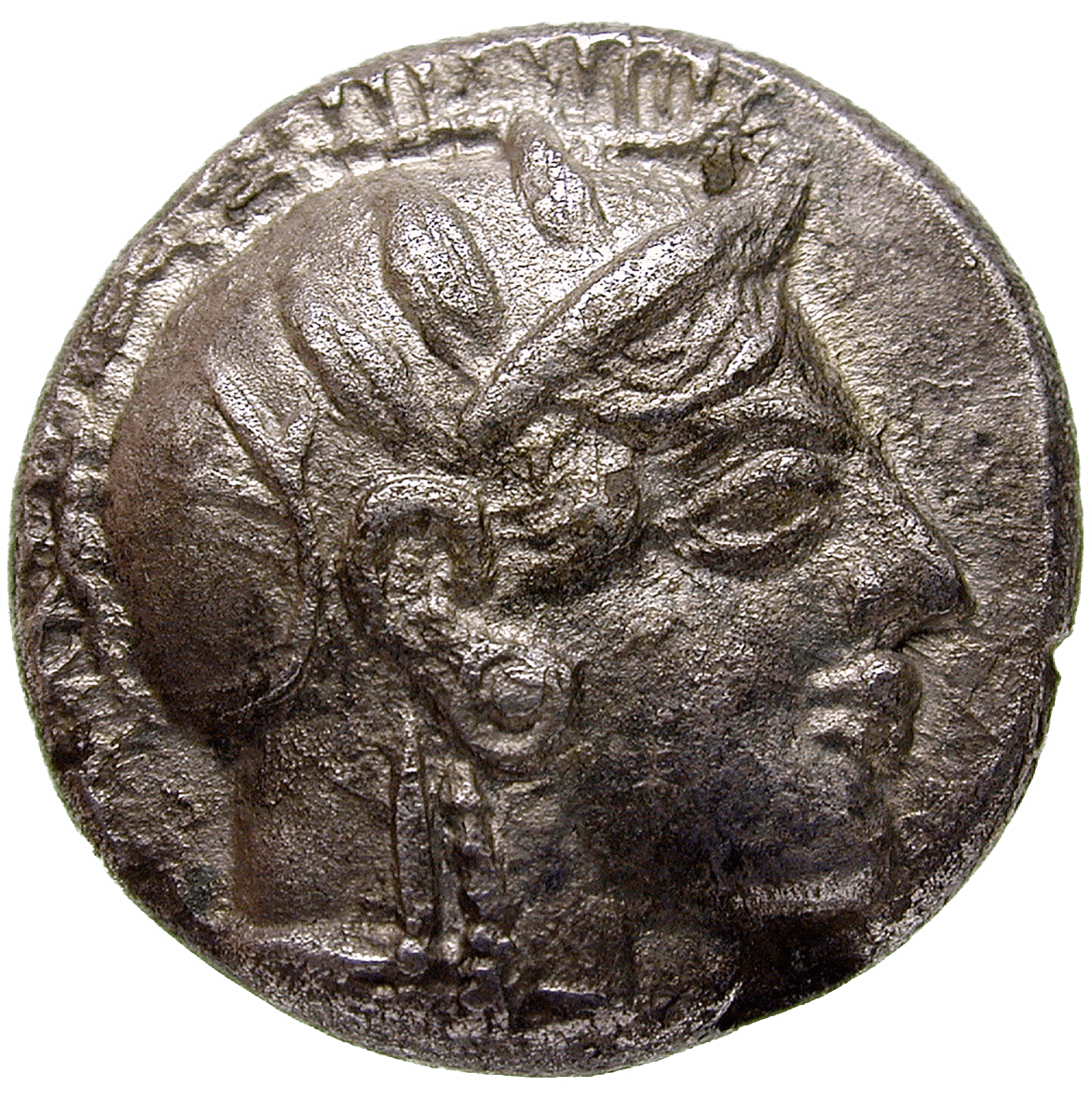 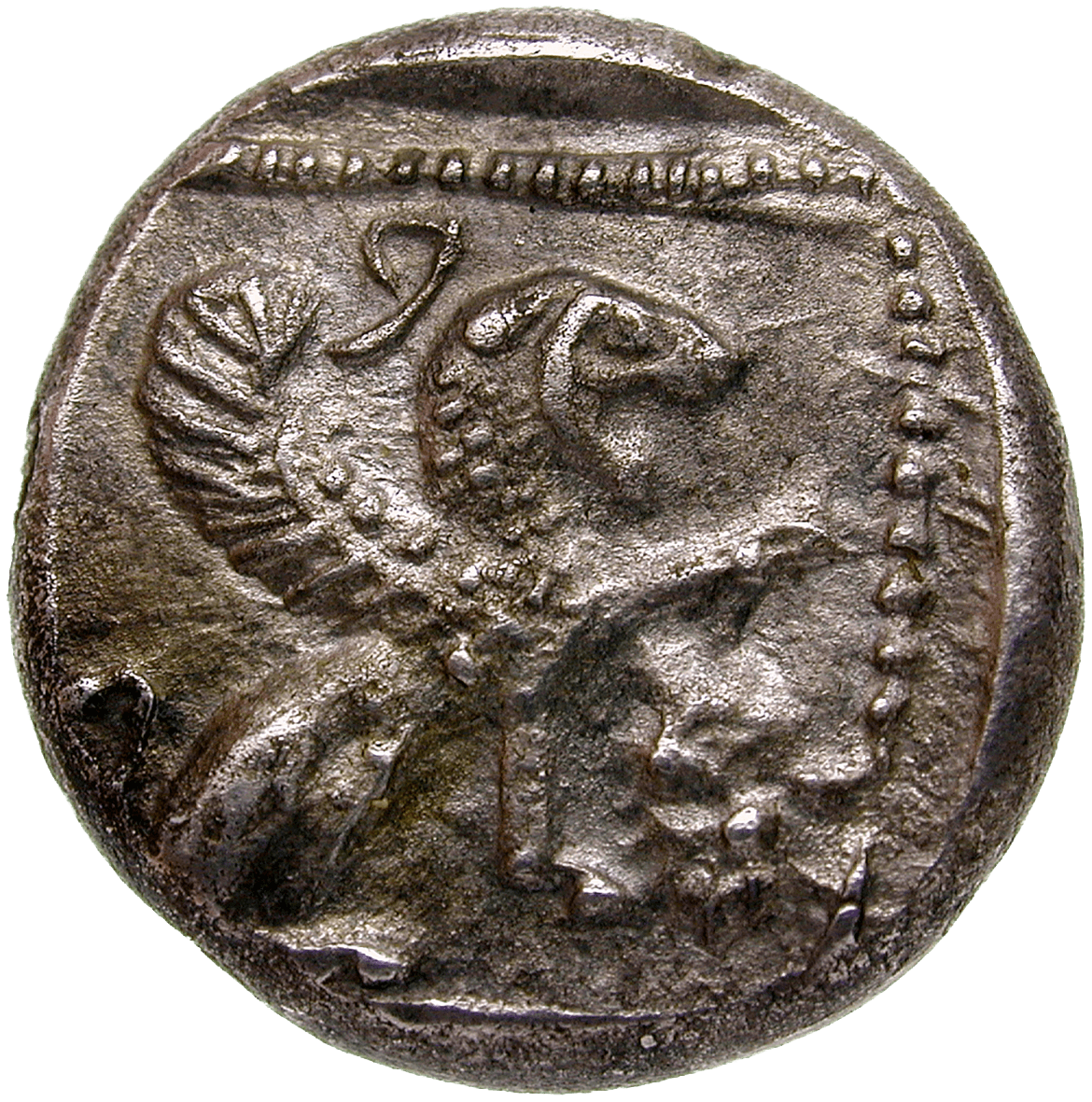 This drachm supposedly derives from Gaza, one of the oldest cities of the world. Toward the end of the 6th century BC, the Greeks established a trading post in Gaza. At that time, the first Greek coins found their way to Palestine. Around 420 BC, Gaza began striking its own coins. They were modeled after the Athenian tetradrachms, which played a key role as trade money within the Persian Empire. Later, independent coin motifs emerged. The obverse of this drachm from the first half of the 4th century BC still features the typical Athenian motif of the goddess Athena. The reverse depicts a winged lion, a Persian theme.