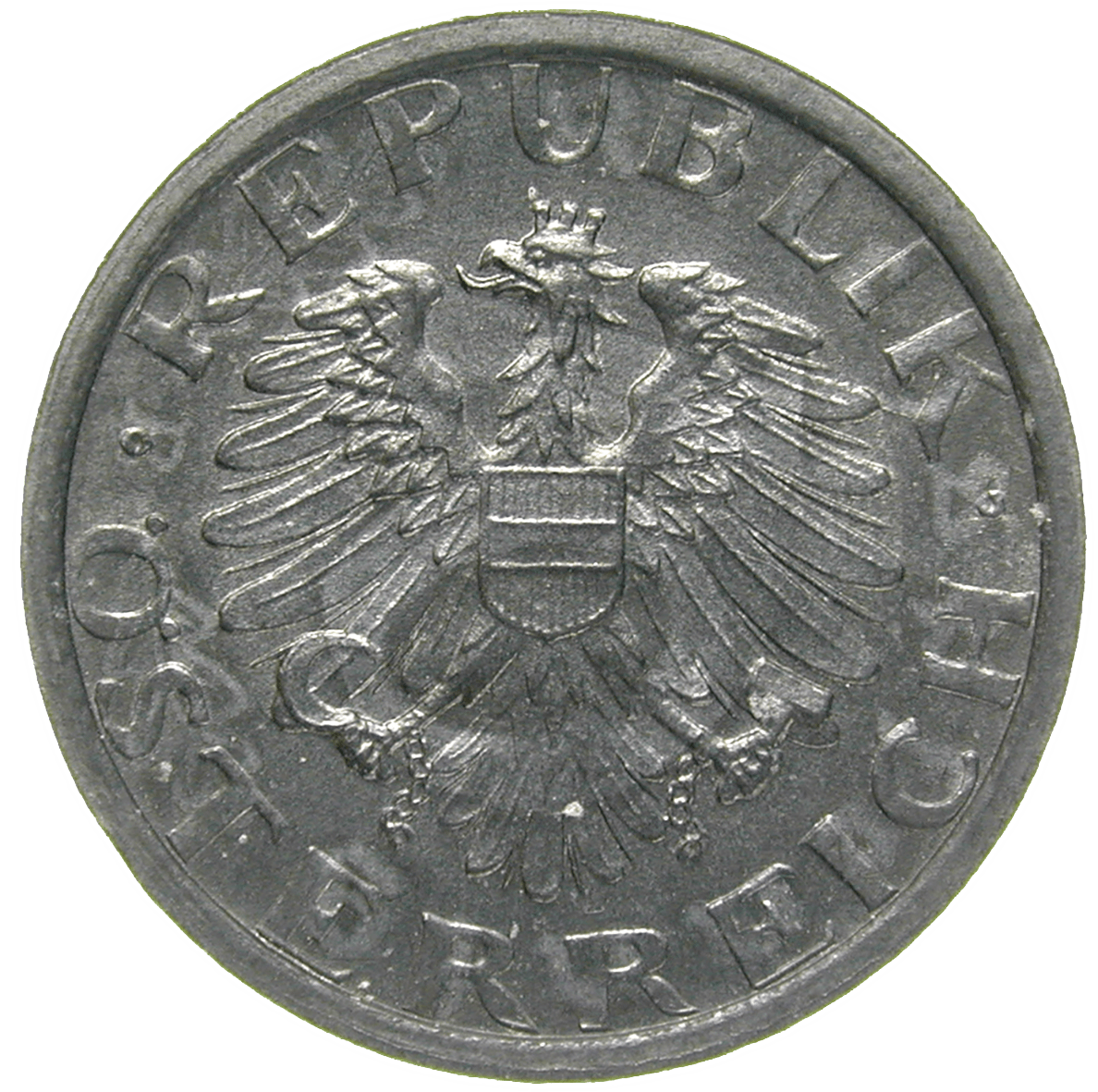 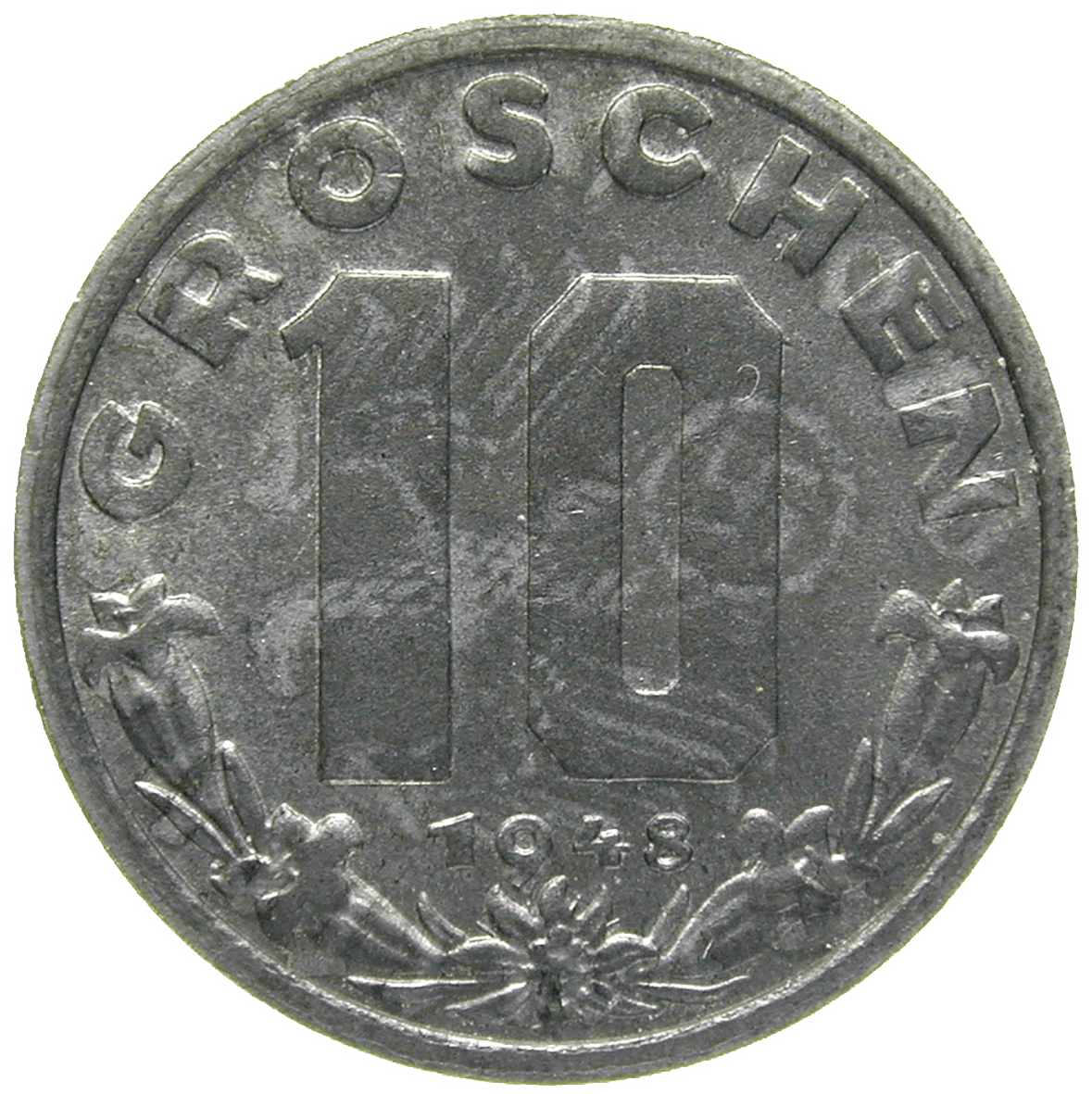 During the occupation of Austria by Nazi Germany, the German reichsmark was the currency of Austria as well as Germany. Germany surrendered on 9 May 1945. After the establishment of the Second Republic of Austria, large numbers of old reichspfennig pieces were overstruck as 1, 2 and 5 Austrian groschens, since it was impossible to mint new coins fast enough. However, the underlying designs from the Nazi period were still to be seen on many of these overstruck coins, as can be seen particularly clearly on the reverse of this coin. Such pieces are extremely rare today.