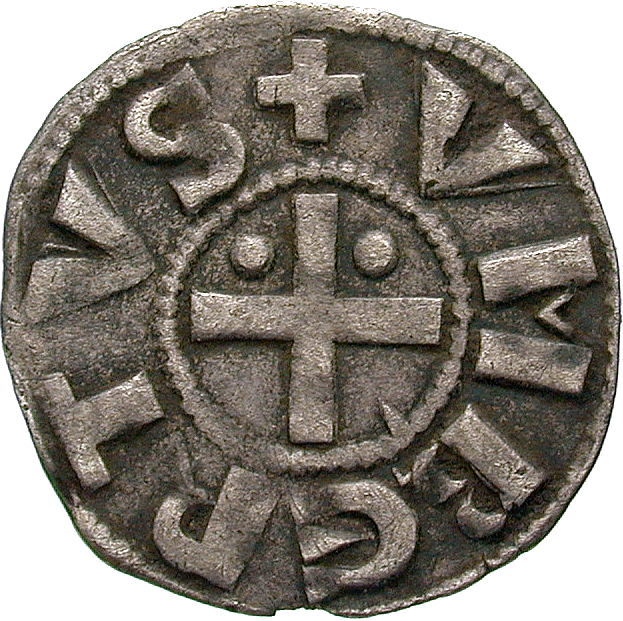 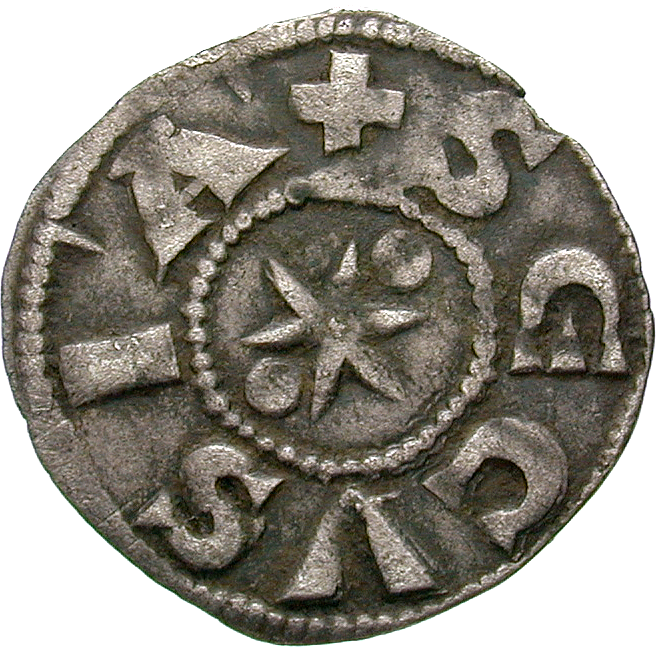 The name on the obverse of this pfennig is VMBERTVS, written around a cross. On the other face it says SEGVSIA. The coin was struck in Susa under the rule of Humbert II, Count of Savoy. Susa is a small town in Italian Piedmont. In Celtic and Roman times it was an important hub on the transalpine routes connecting southern France to Italy. Then it lost importance until 1035, when Adelaide of Susa, Countess of Turin, intermittently moved her residence to Susa. Humbert II, nicknamed 'The Fat', was Adelaide's nephew. After the death of his father in 1080 he bore, among others, the title of a Margrave of Susa (until 1103).