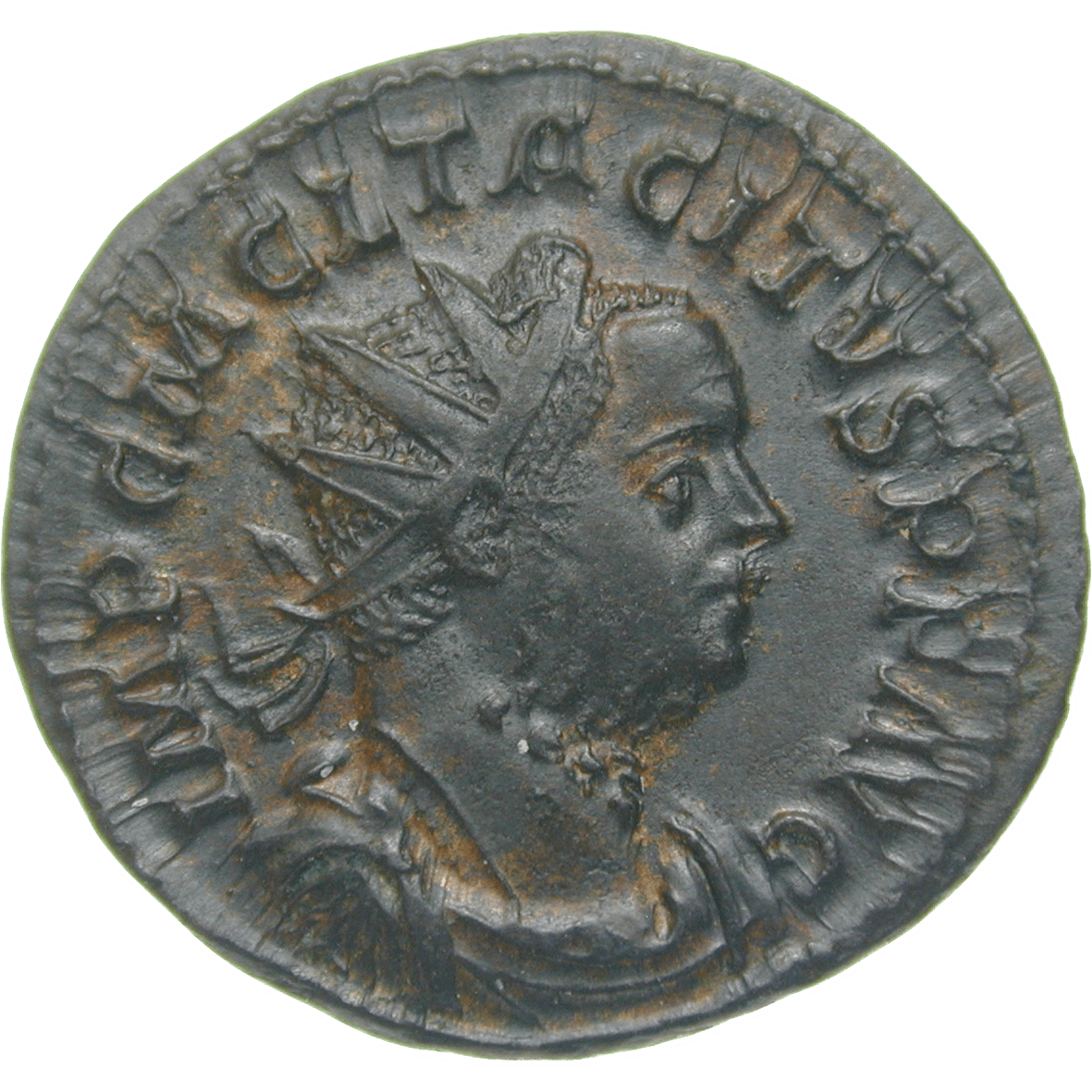 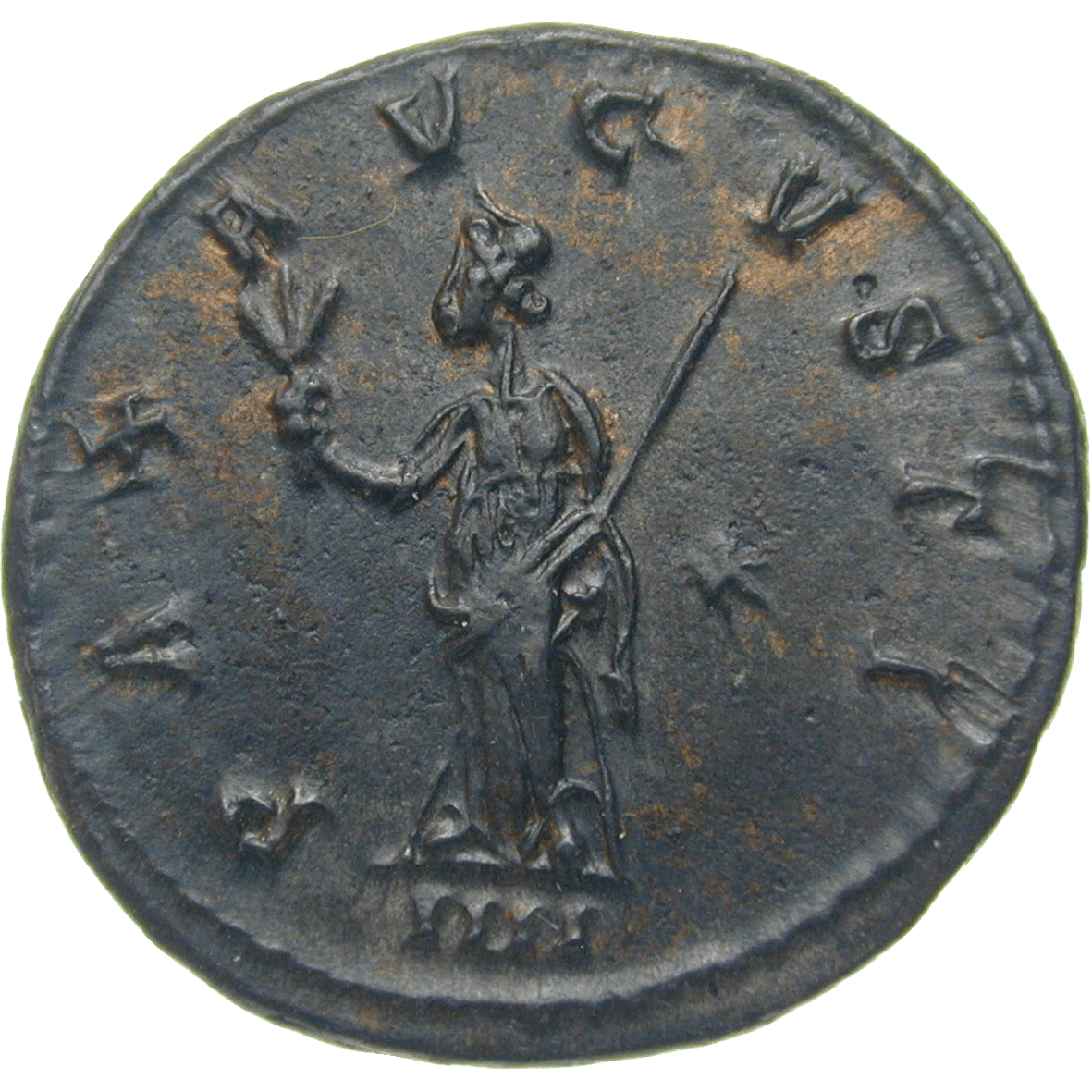 Augustus, the first Roman emperor, had himself celebrated as terminator of the Roman civil wars. In 10 BC he introduced the cult of Pax, the goddesss of peace, and built the Ara Pacis Augustae, the altar of Augustan Peace. It was the beginning of the Pax Romana, an inner peace lasting for about 200 years. The empire still had to be secured along its borders, of course. But within, cultural and economic life flourished and the Romans felt that they were save from outer threats.

In the critical 3rd century, however, enemies repeatedly invaded the Empire. The Pax Romana now seemed to the contemporaries like a long-lost Golden Age. This is why the topic appeared repeatedly on the imperial coins of that time.

On this antoninianus of Emperor Tacitus (275-276 AD), Pax is depicted on the reverse. The goddess of peace holds a sceptre and a palm leaf. The obverse shows the image of the emperor himself.