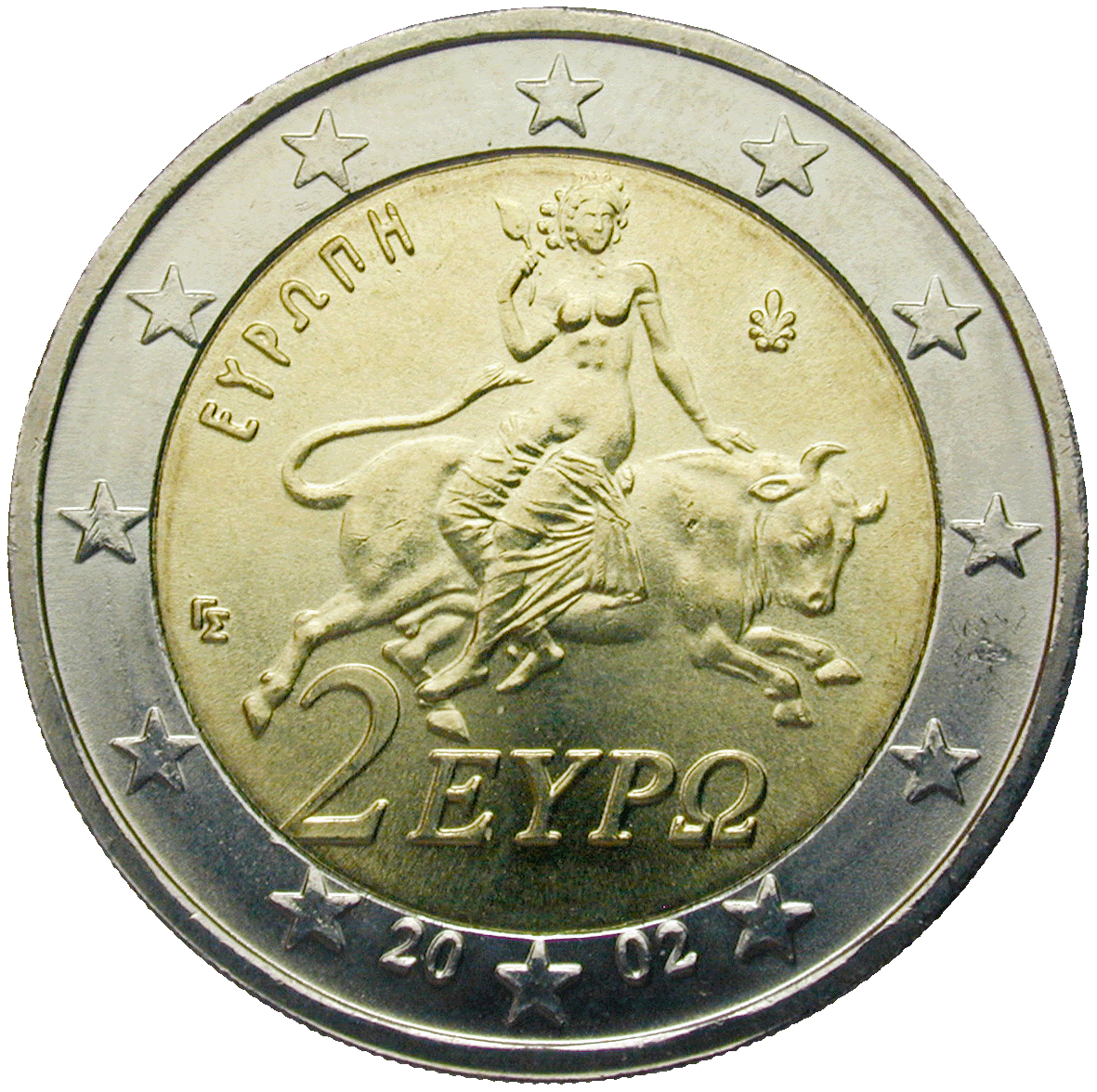 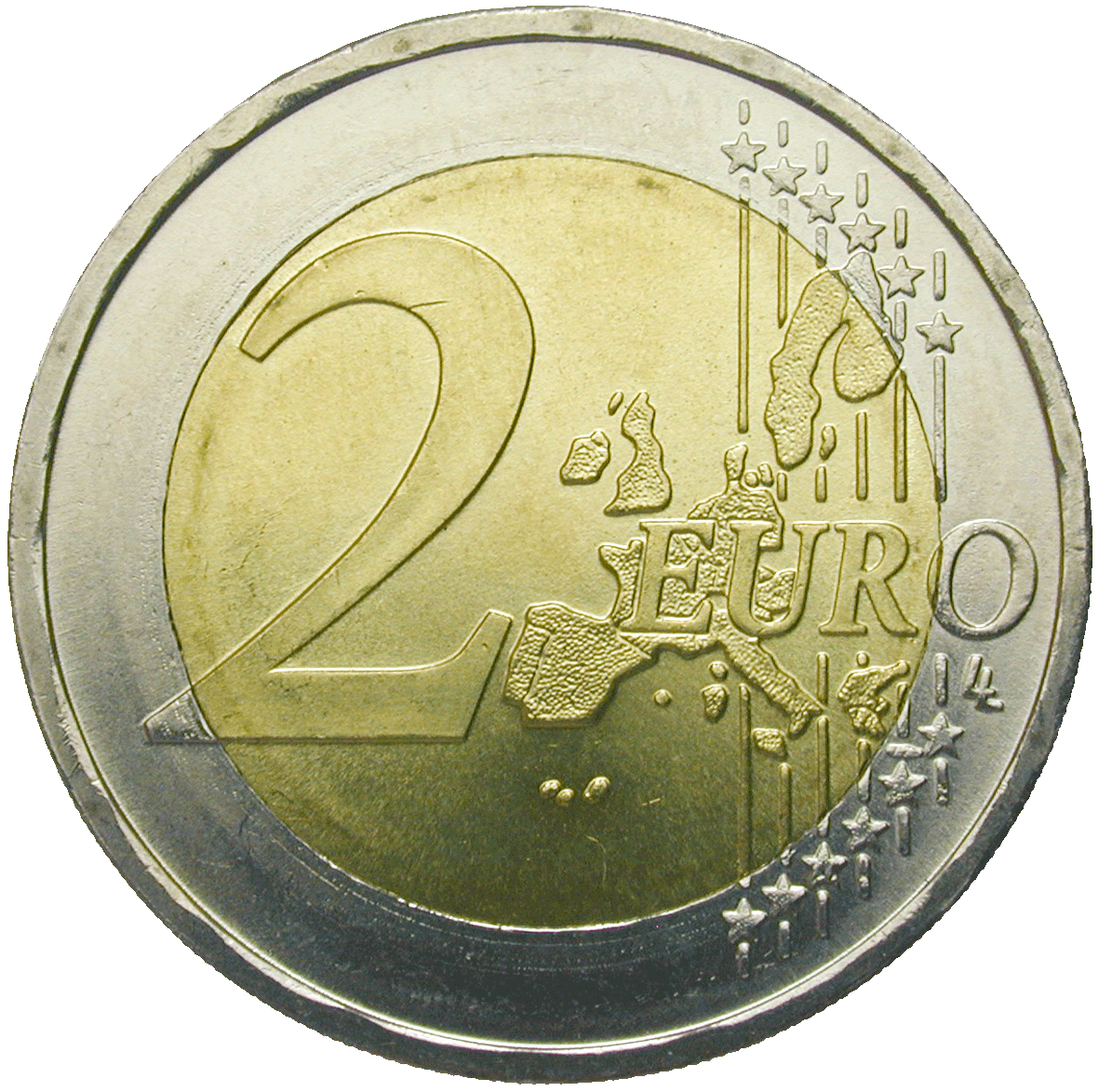 This 2-euros-coin depicts the abduction of Europa by Zeus in the form of a bull. According to Greek mythology, Zeus falls in love with Europa and decides to seduce her. He transforms himself into a white bull and mixes in with her father's herds. Europa sees the bull, caresses his flanks, and eventually gets onto his back. Zeus takes that opportunity, runs into the sea and swims, with Europa on his back, to the island of Crete. He then reveals his true identity. Europa becomes pregnant and the first queen of Crete. The European continent is named after her.