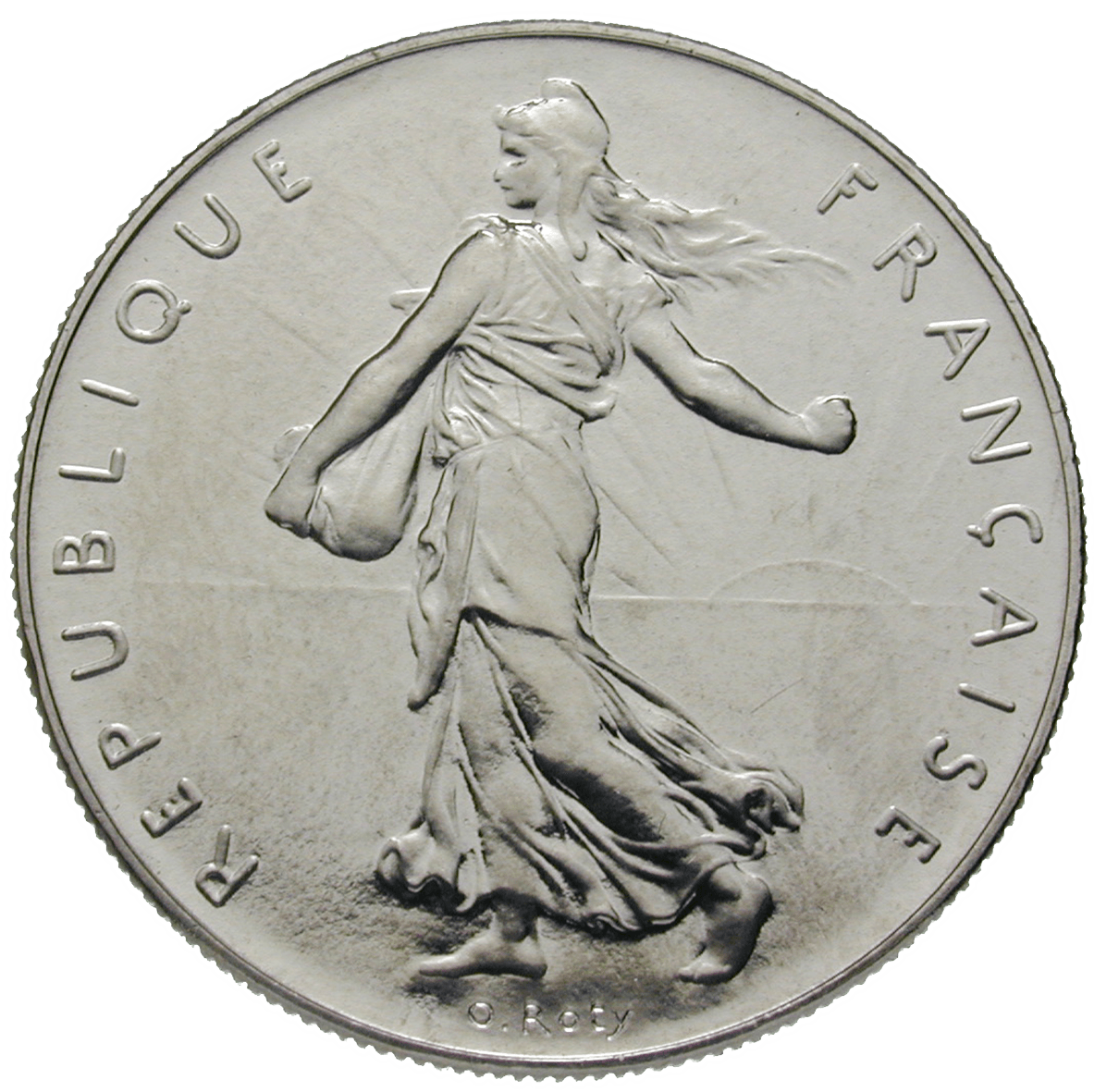 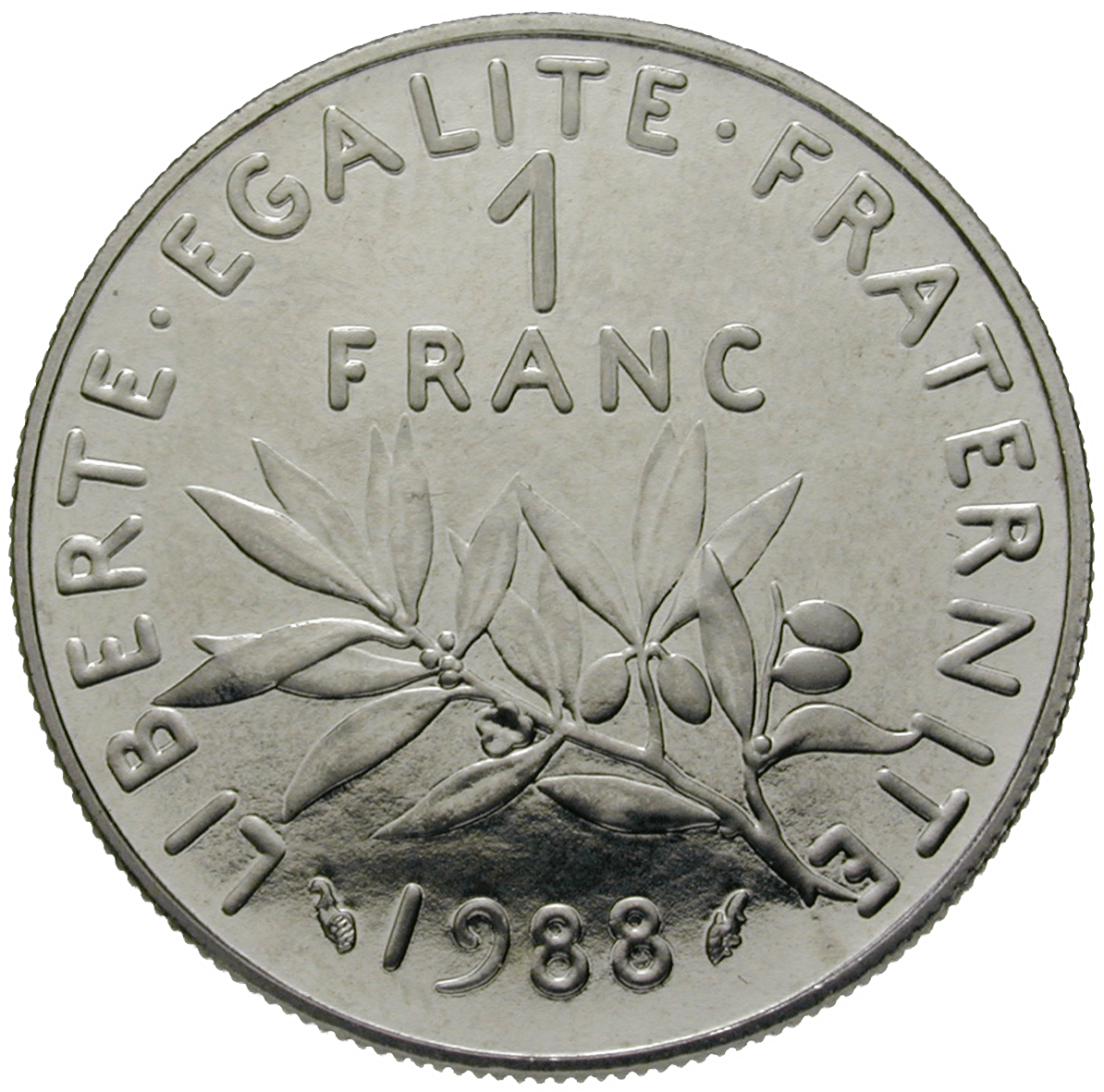 Since her first appearance in1897, the sower was the most popular coin image of the French franc currency. Nevertheless in 1920, the minting of coins with her picture was ceased. France suffered from inflation, and the government only issued minor coins over the next few years. The franc currency quickly declined. After a monetary reform in 1959 the sower reemerged. The old franc was devaluated and a new, heavier franc was instituted; 400 million new franc coins were put into circulation, all of them bearing the image of the sower. Since the new franc remained stable over the next decades, the French associated the motif of the sower with a strong and trustworthy currency again.