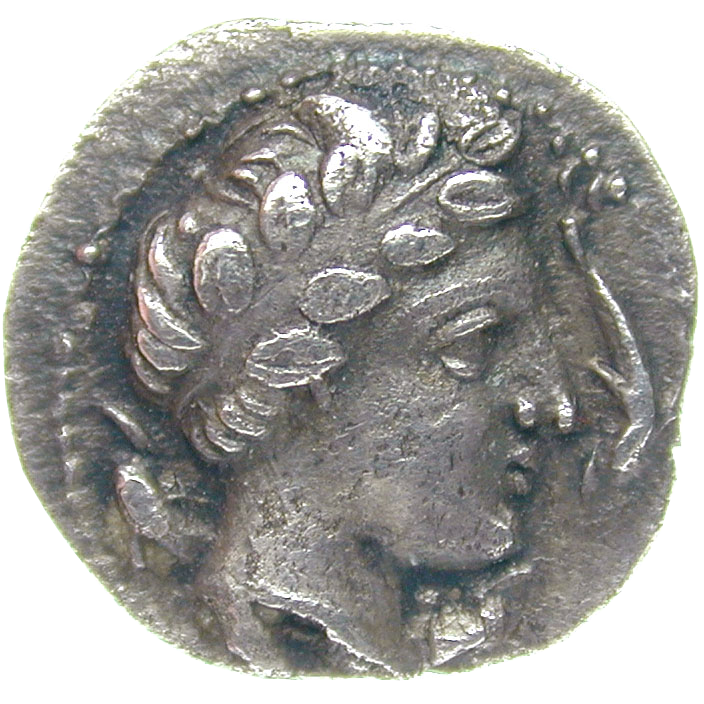 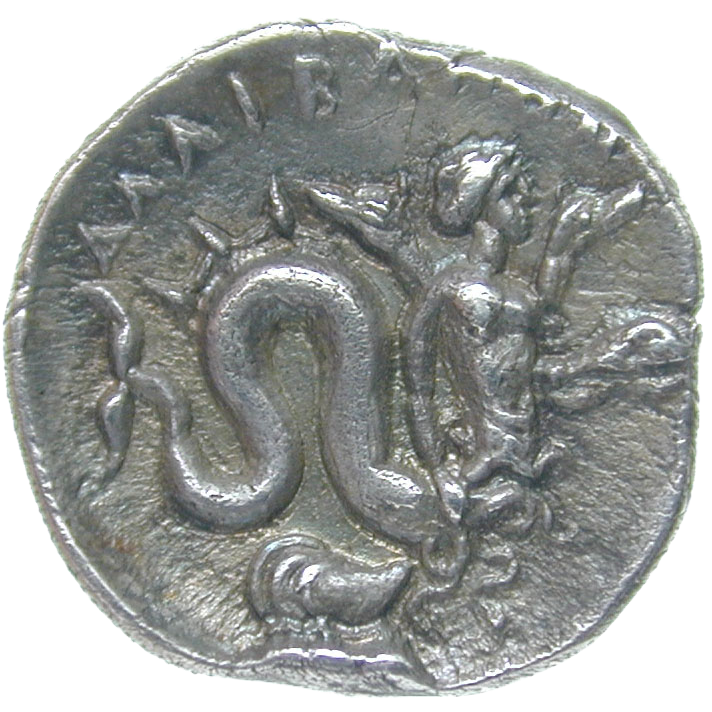 This Samnite obol depicts the head of the Greek god Apollo with a laurel wreath on the obverse. The reverse shows the sea monster Scylla holding a fish and an octopus. The Greek letters AΛΛIBA refer to the minting authority, the city of Allifae, of which the location is unknown.

Judging their stile, the coins of Allifae must have been minted sometime during the 4th century BC. But even this general dating is uncertain; our coin could just as well have been issued some time later.