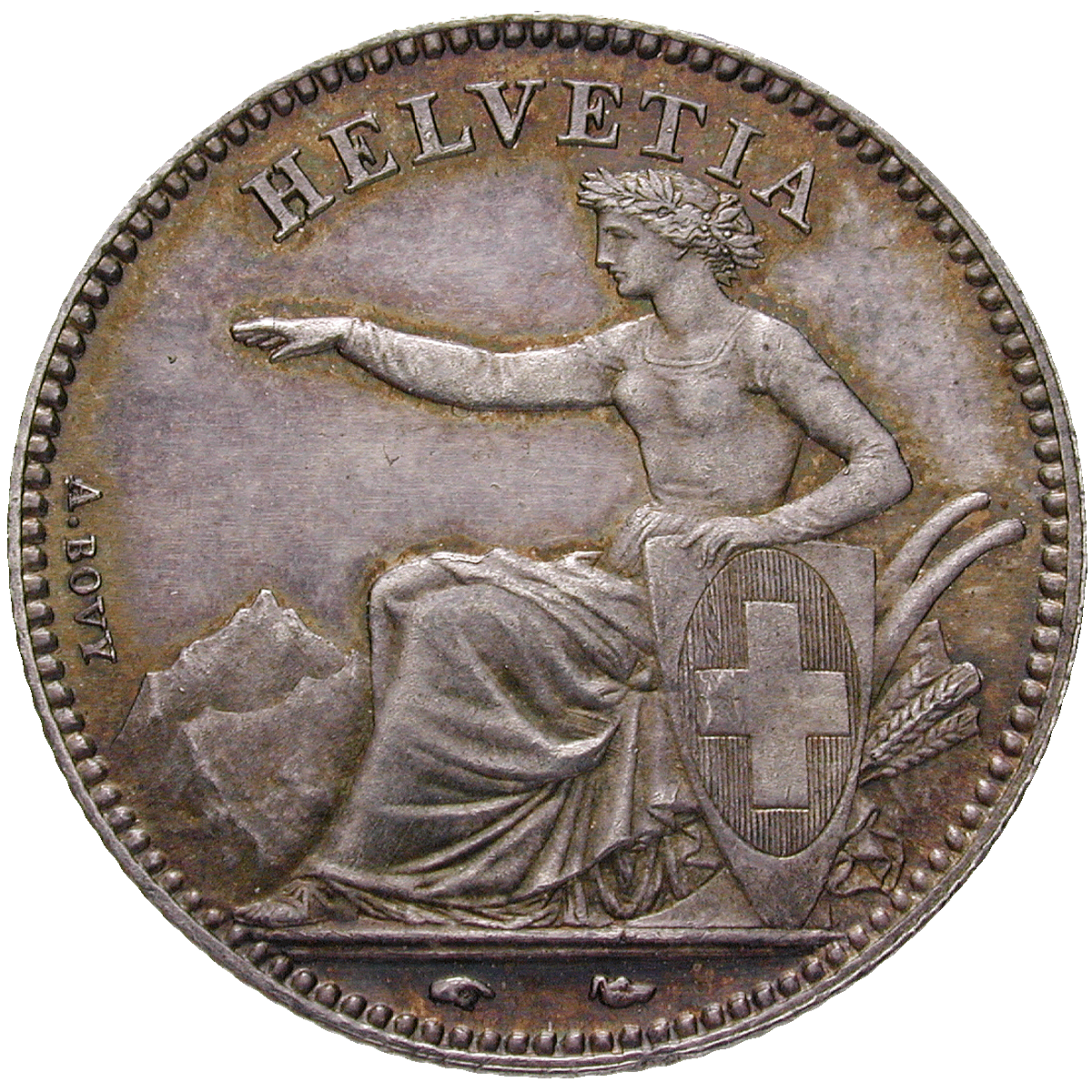 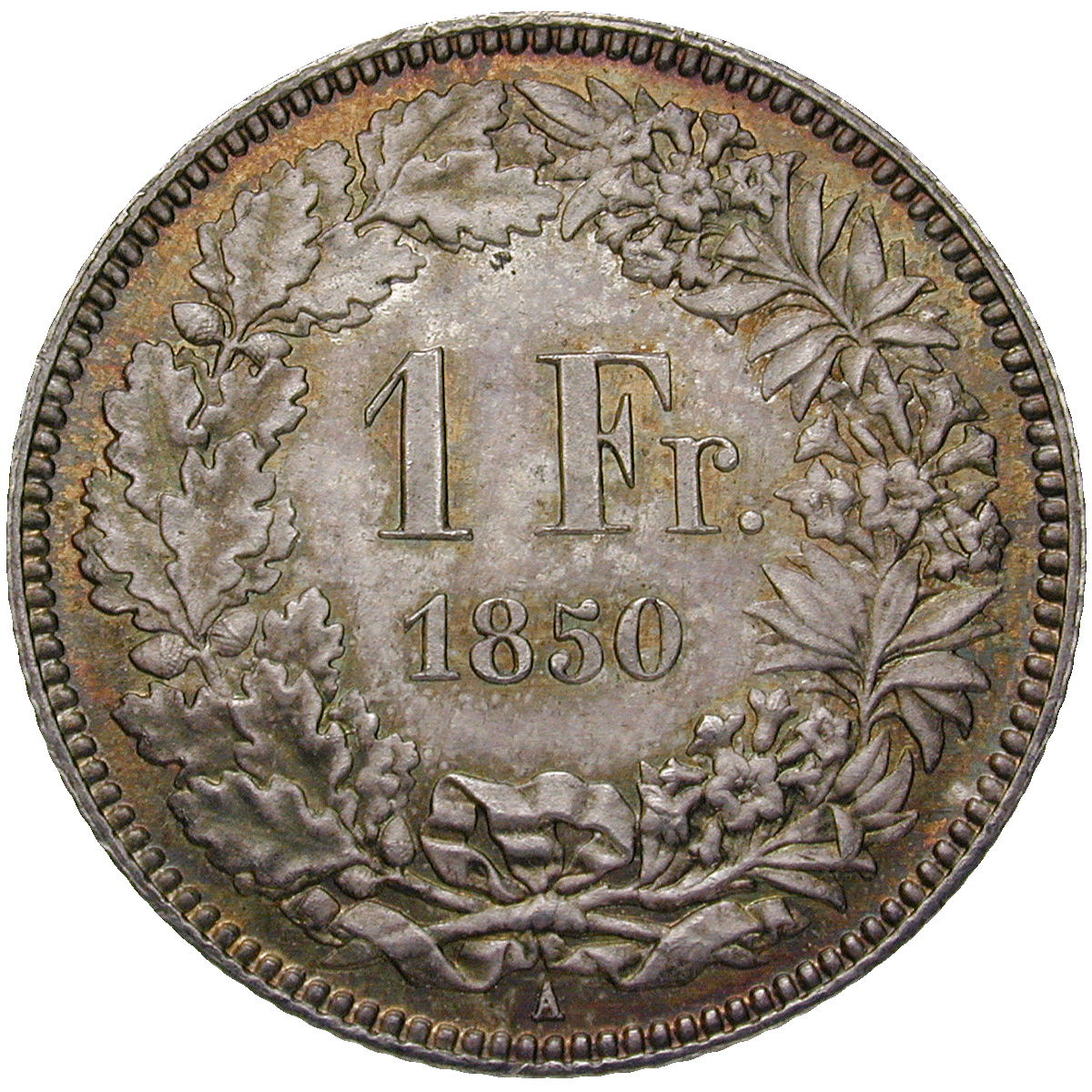 One of the most important inventions of the federal state was the new national symbol, the Helvetia. She was yet unfamiliar in Switzerland, although national personifications were characteristic for the time. Helvetia had sisters in many other countries – Germania in Germany, Britannia in Great Britain, Marianne in France or the American Miss Liberty.

In 1850, Helvetia was depicted sitting on the coins, but since 1874 she had to stand. And that is how she is depicted on Swiss coins still today.