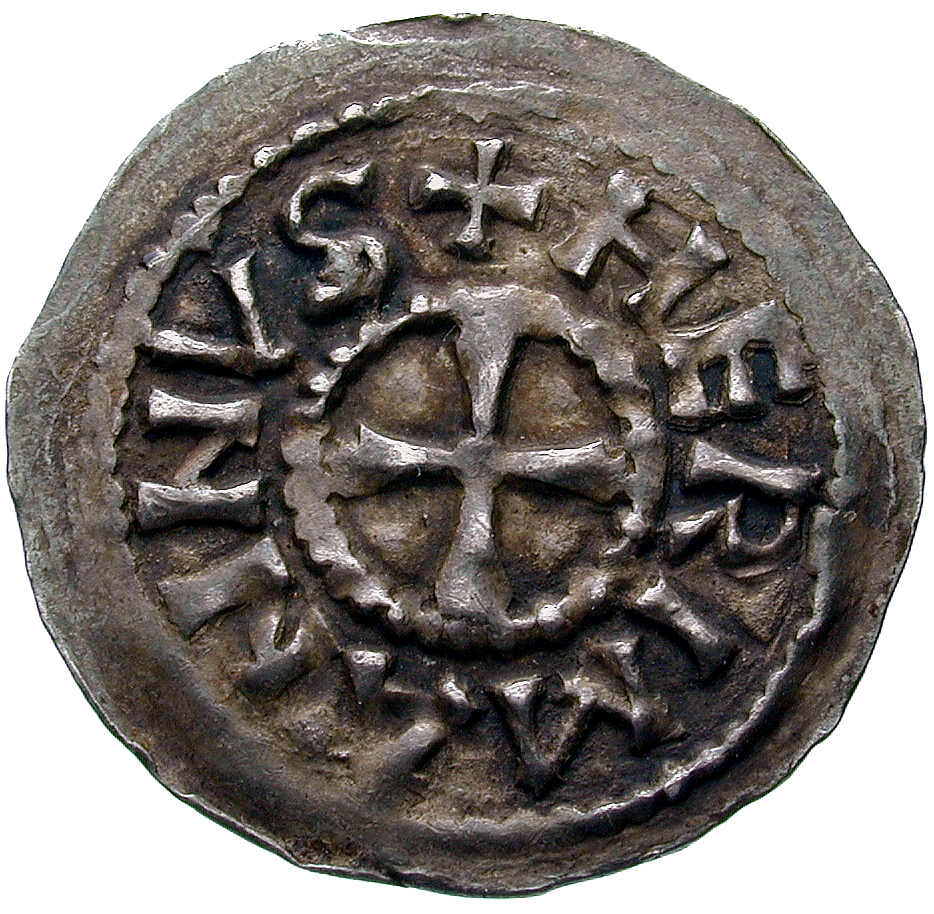 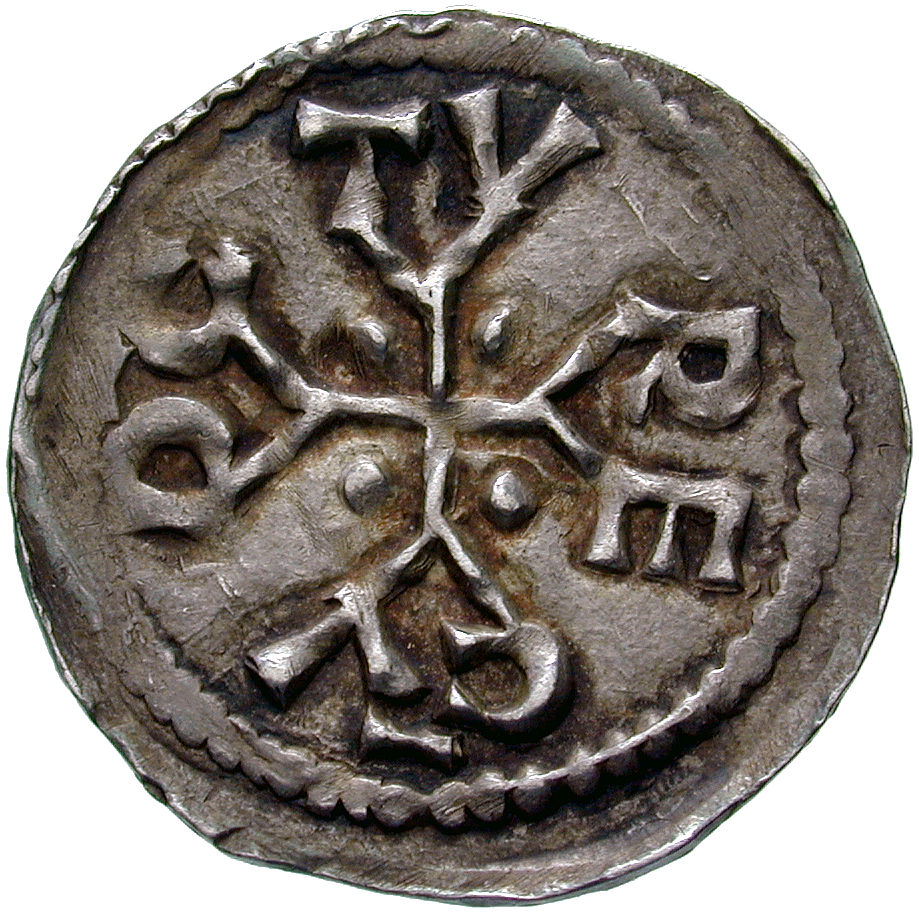 Coinage was introduced in Zurich in the course of the 9th century. As vicegerents of the East Frankish King Otto I, the dukes of Swabia had their own denars struck here. These early coins were considered reliable and thus used far beyond Zurich: Denars from Zurich have been found as far as Germany, Scandinavia, Poland and Russia.

This denarius was an issue of Herman I of Swabia (926-949). The obverse depicts the duke's name HERIMANNVS, and the reverse bears a monogram-like cross with letters. The inscription reads, DC TV RE CV (DC = dux comes, duke count; TVRECV = Zurich).