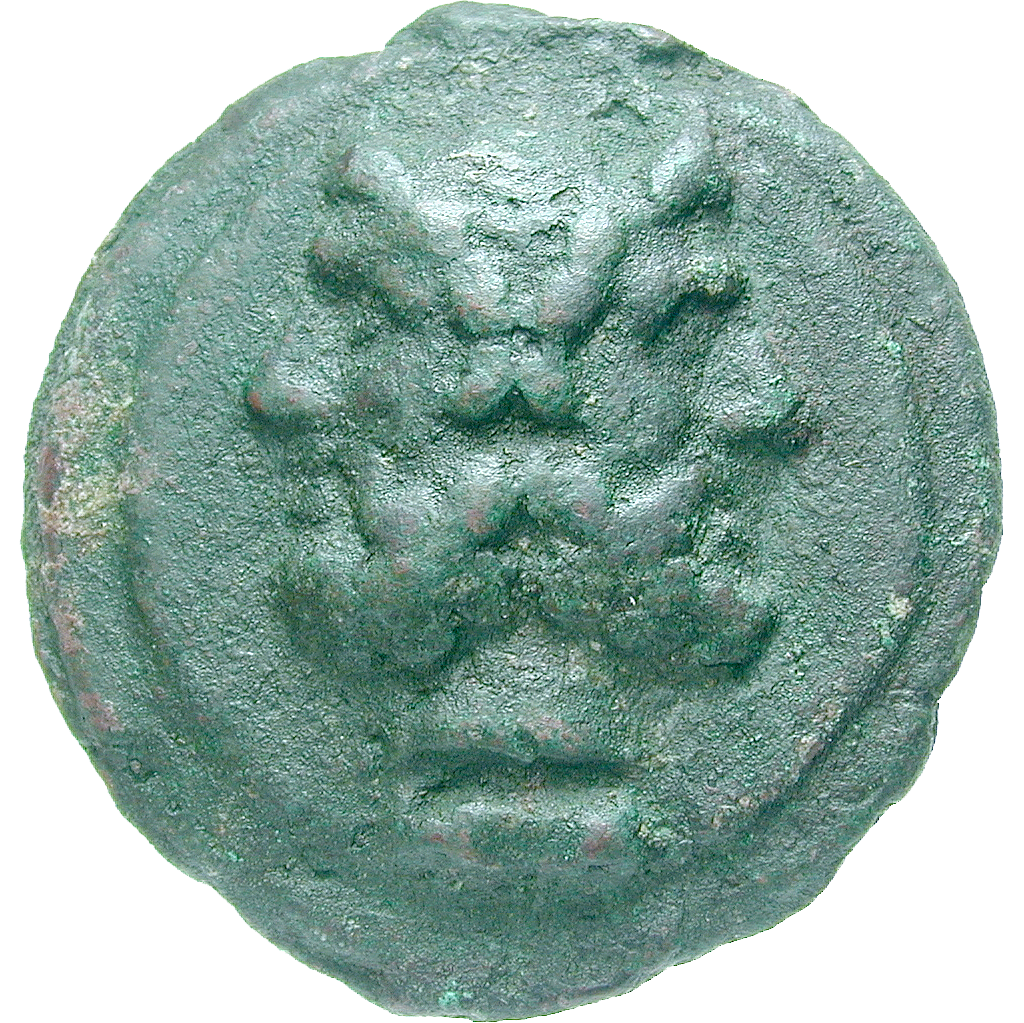 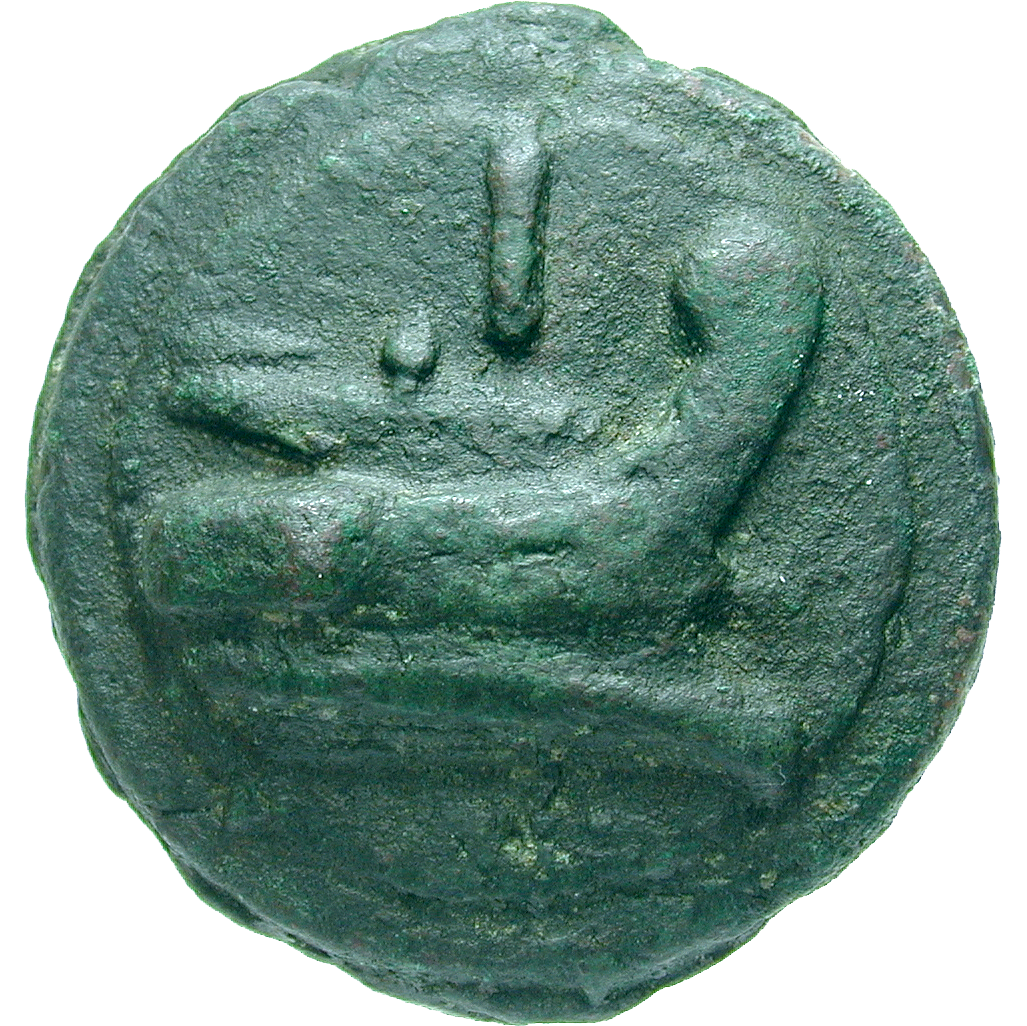 This coin is an as, the standard unit of the Roman coinage system. It has a weight of 265 grams, which made it quite unpractical for daily use. This, and the increasing demand of the Romans for bronze, caused the weight of the Roman bronze coins to drop considerably over the following centuries.

The early asses always showed the two-headed god Janus, who, as Roman legend had it, had thought men the use of money and of ships. This is why Roman bronze coins for a long time bore a prora, a prow, on their reverse.