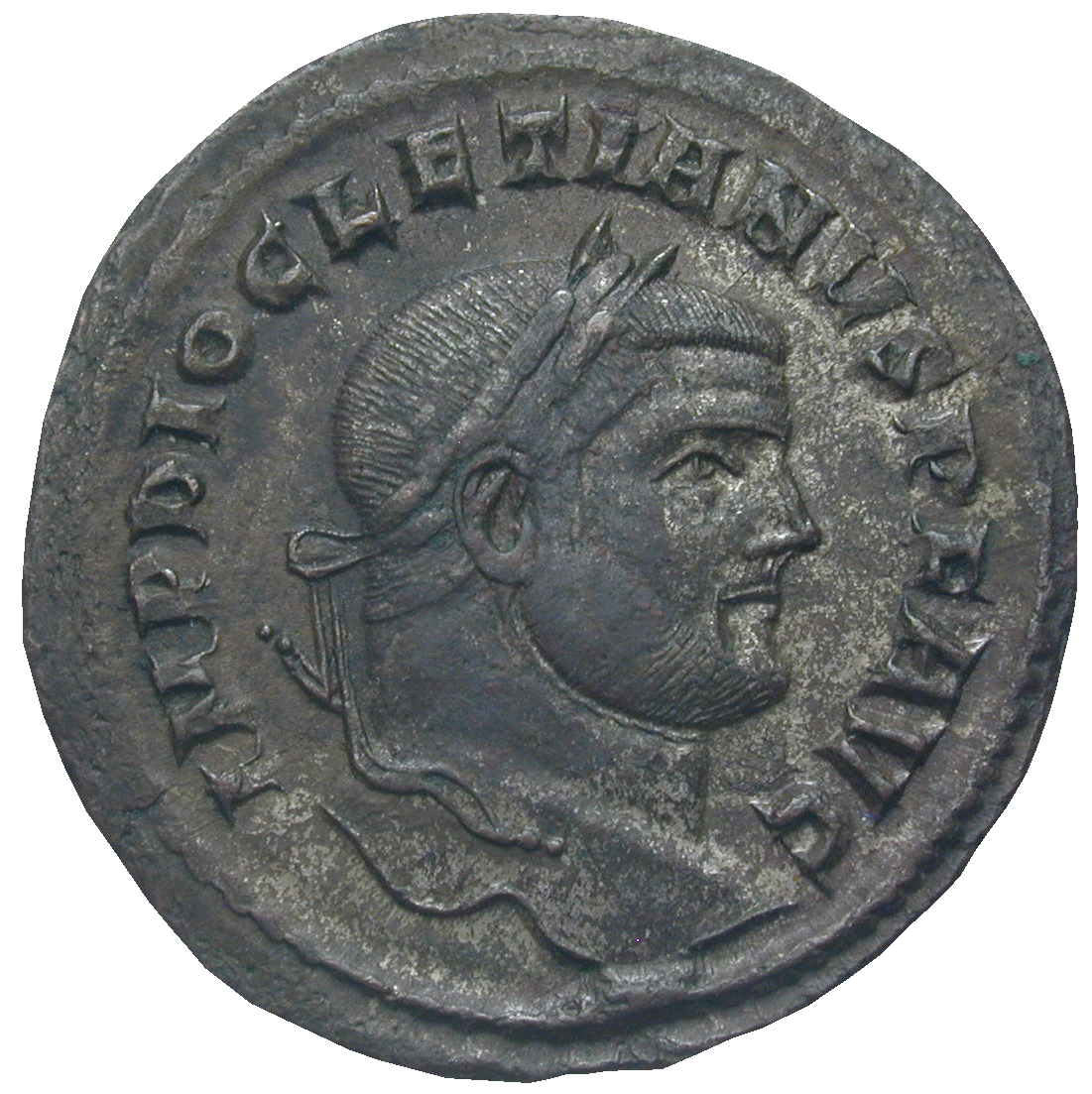 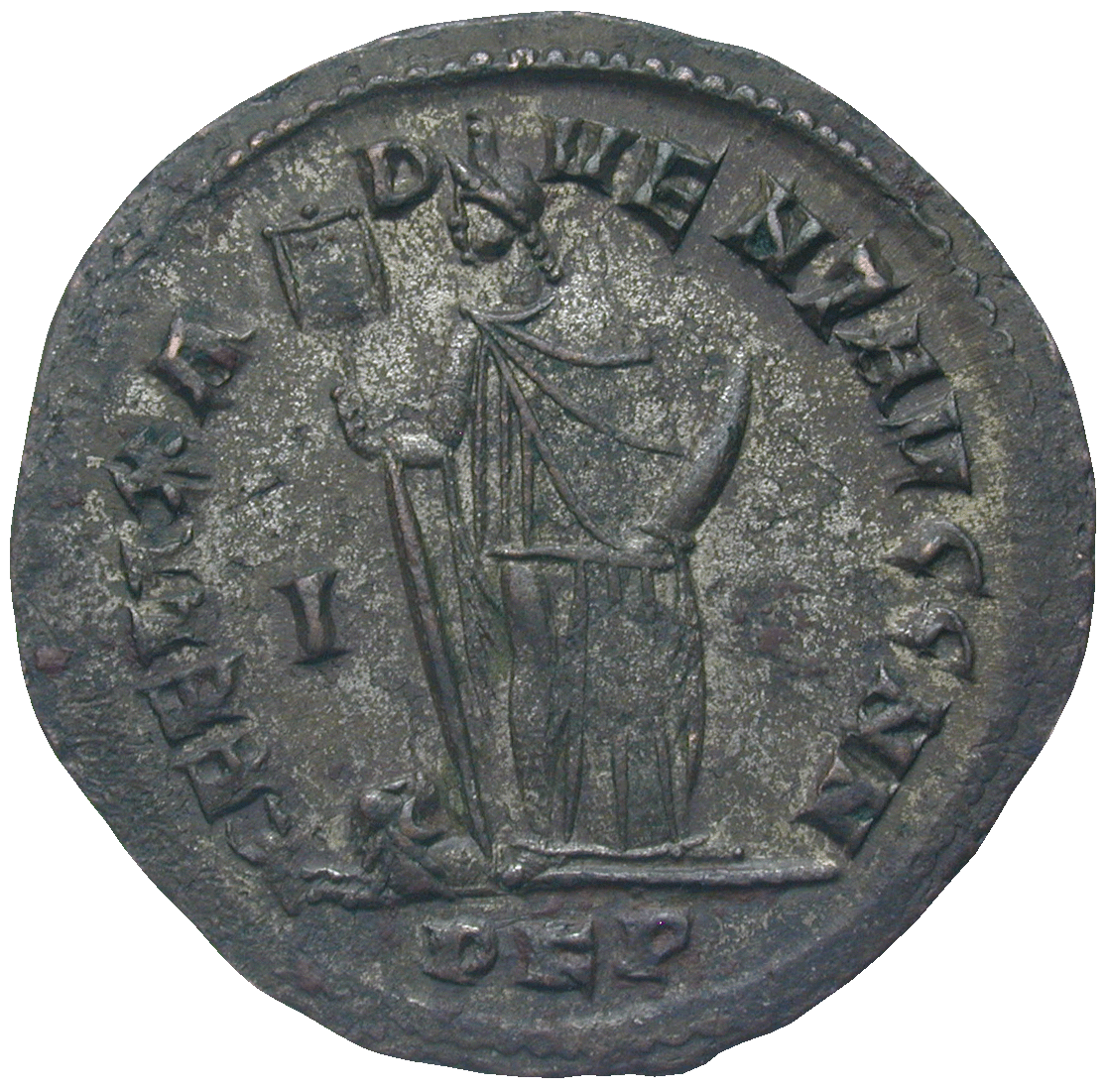 This follis was minted in Carthage between 297 and 298 AD. The obverse shows the portrait of Emperor Diocletian (284-305). On the reverse is the personification of Africa, holding a tusk in her left hand and a standard in her right. At her feet is a lion killing a bull.

The inscription reads FELIX ADVENTVS AVGVSTORVM NOSTRORVM, the fortunate arrival of our senior emperors. This refers to a victory that Maximian had won in Africa in those years. Nomadic tribes had invaded Roman territory, and the emperor had extinguished the problem by extinguishing the nomads – a brutal, but effective method.