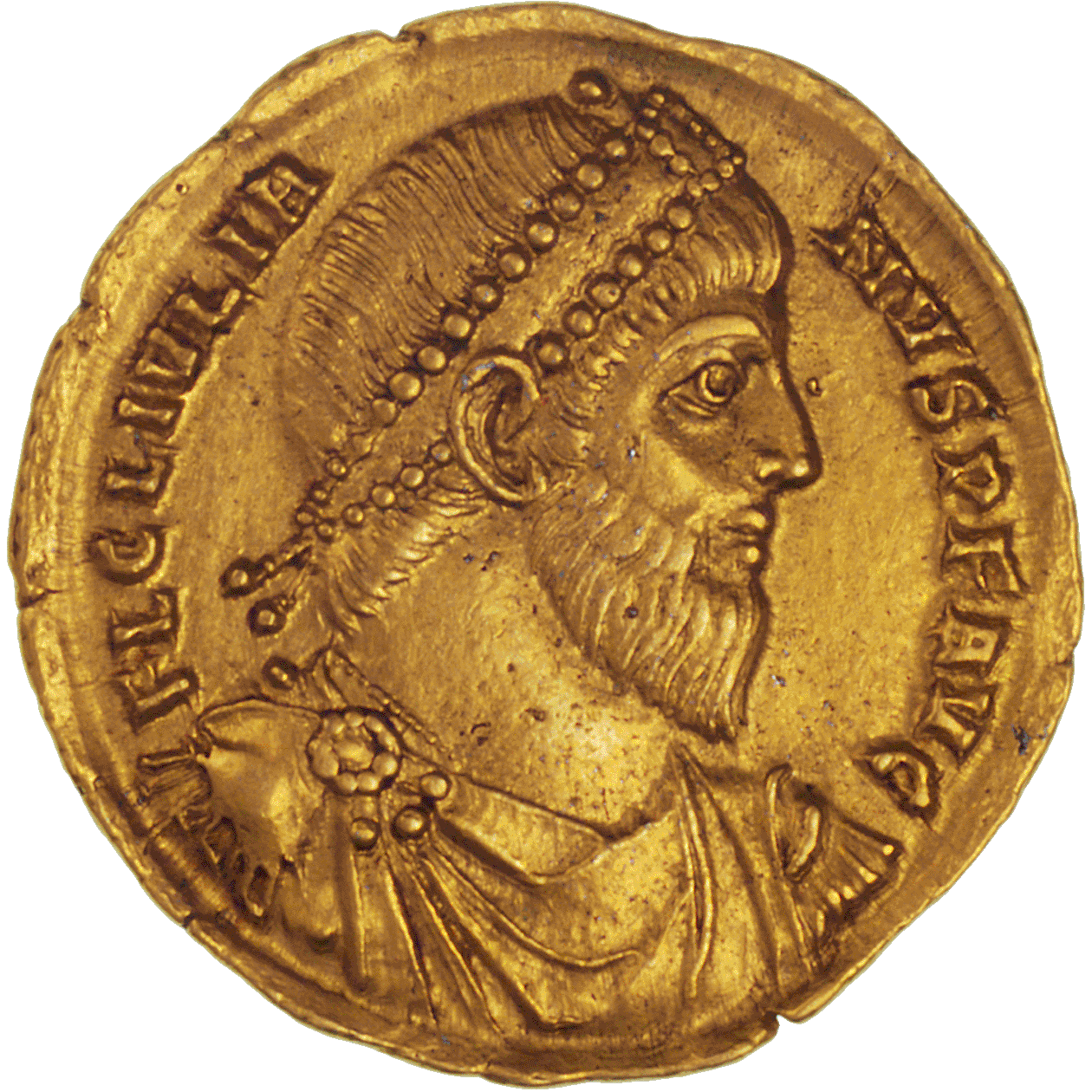 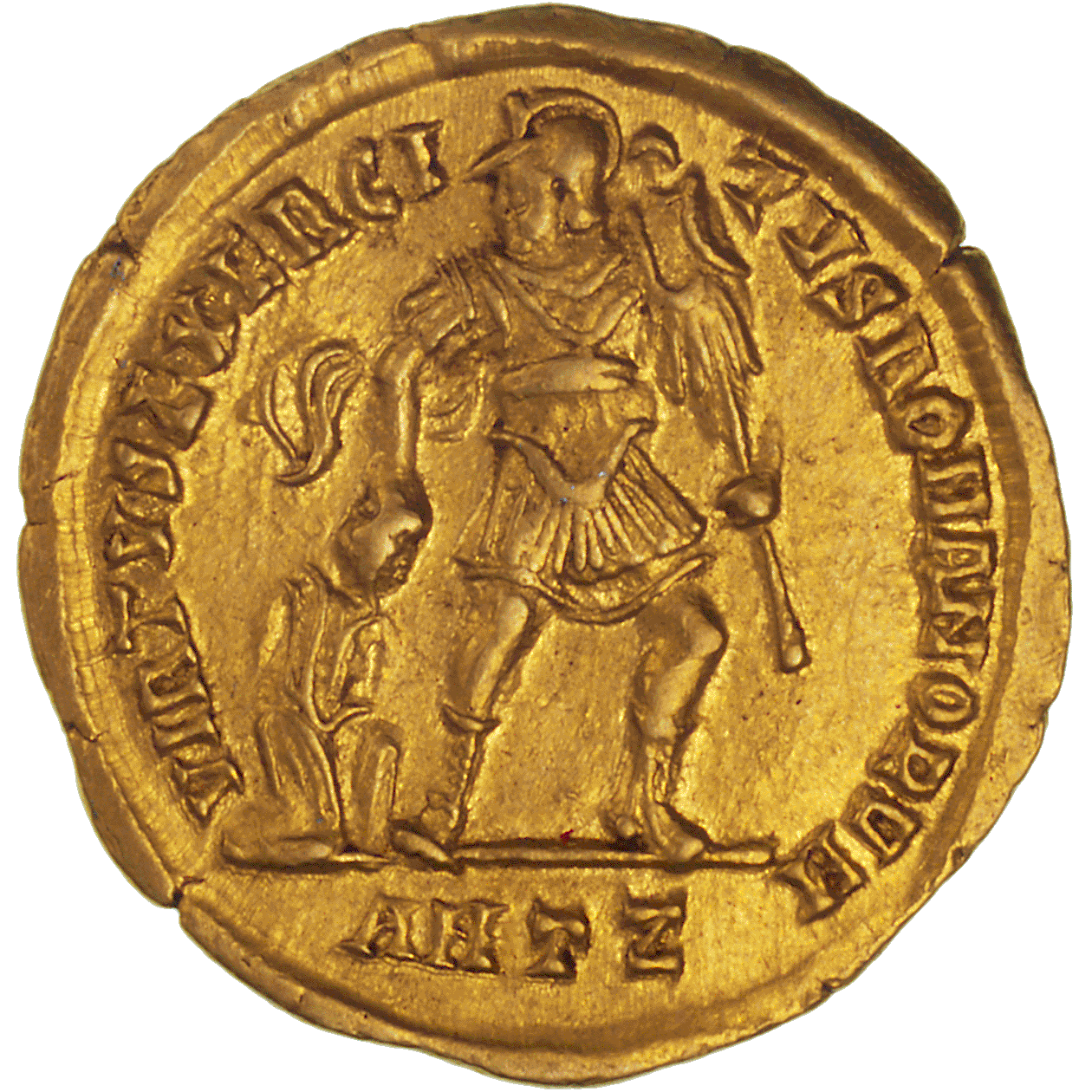 Julian II (360-363) was a successful military commander who waged one of the largest campaigns of Roman history against the Sassanid Empire. In order to prepare the army for this expedition, he spent the winter of 361/62 in Syria, where this aureus was struck. The coin anticipates future victories, the obverse bearing Julian's portrait, and the reverse depicting the emperor wearing a helmet, a tunic and carrying a trophy, whilst dragging a prisoner behind him by his hair.

Julian the Apostate fell in the course of the campaign against the Sassanids. With his death, the last hope for a renaissance of non-Christian faiths within the Roman Empire elapsed, even if the following emperors were relatively tolerant towards adherents of the old beliefs, at least until the time of Theodosius I (394 AD).