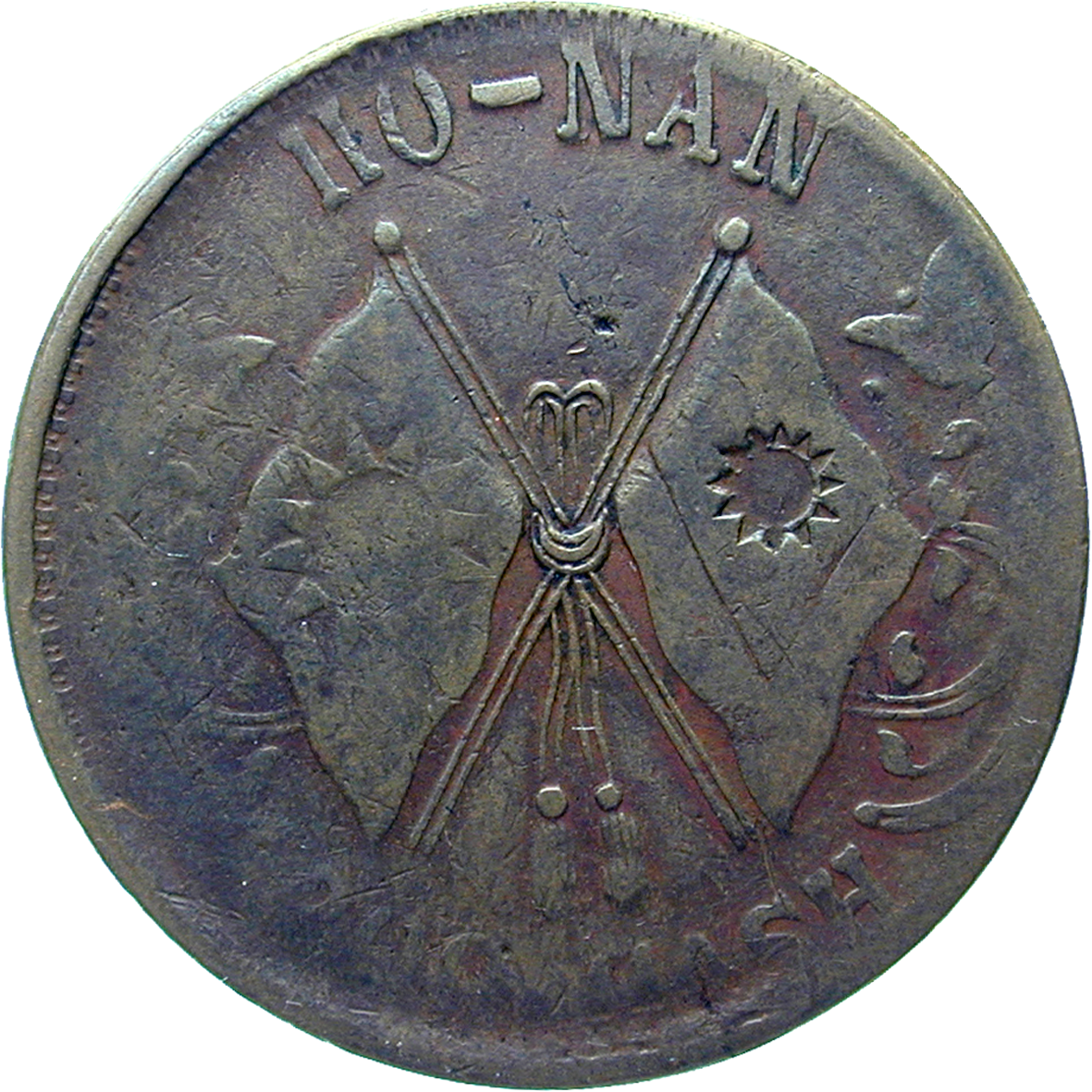 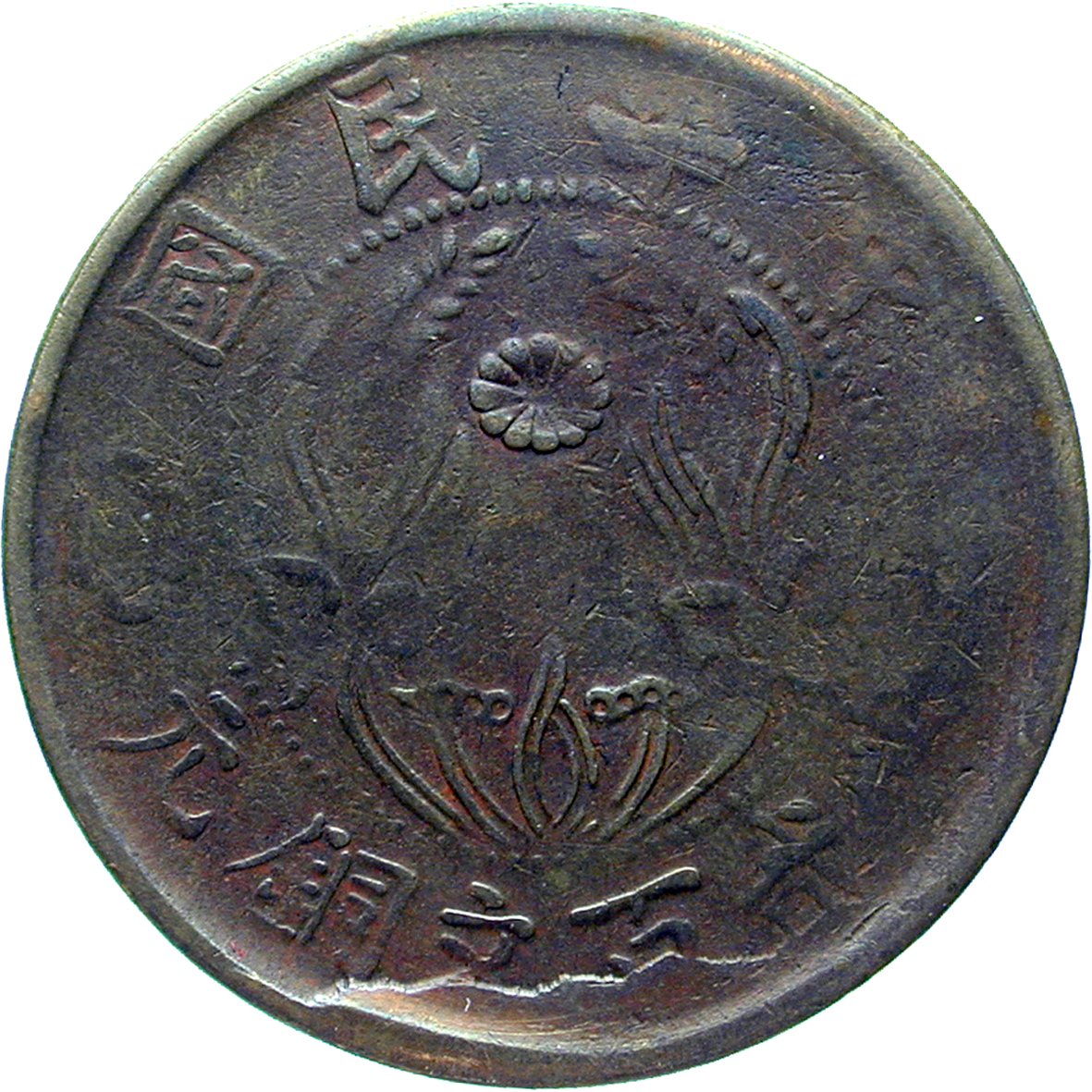 In 1926, after years of civil war, the Nationalist Party of the Kuomintang and the Communist Party of China joined forces. Two years later, China was a united country again. Until 1931, it gained part of its national rights back, that the colonial powers had been allowed to keep after World War I. From now on, China was allowed ti keep revenues from tolls, salt taxes and the post administration. This coin from the yeat 1928 was issued in that republican period.