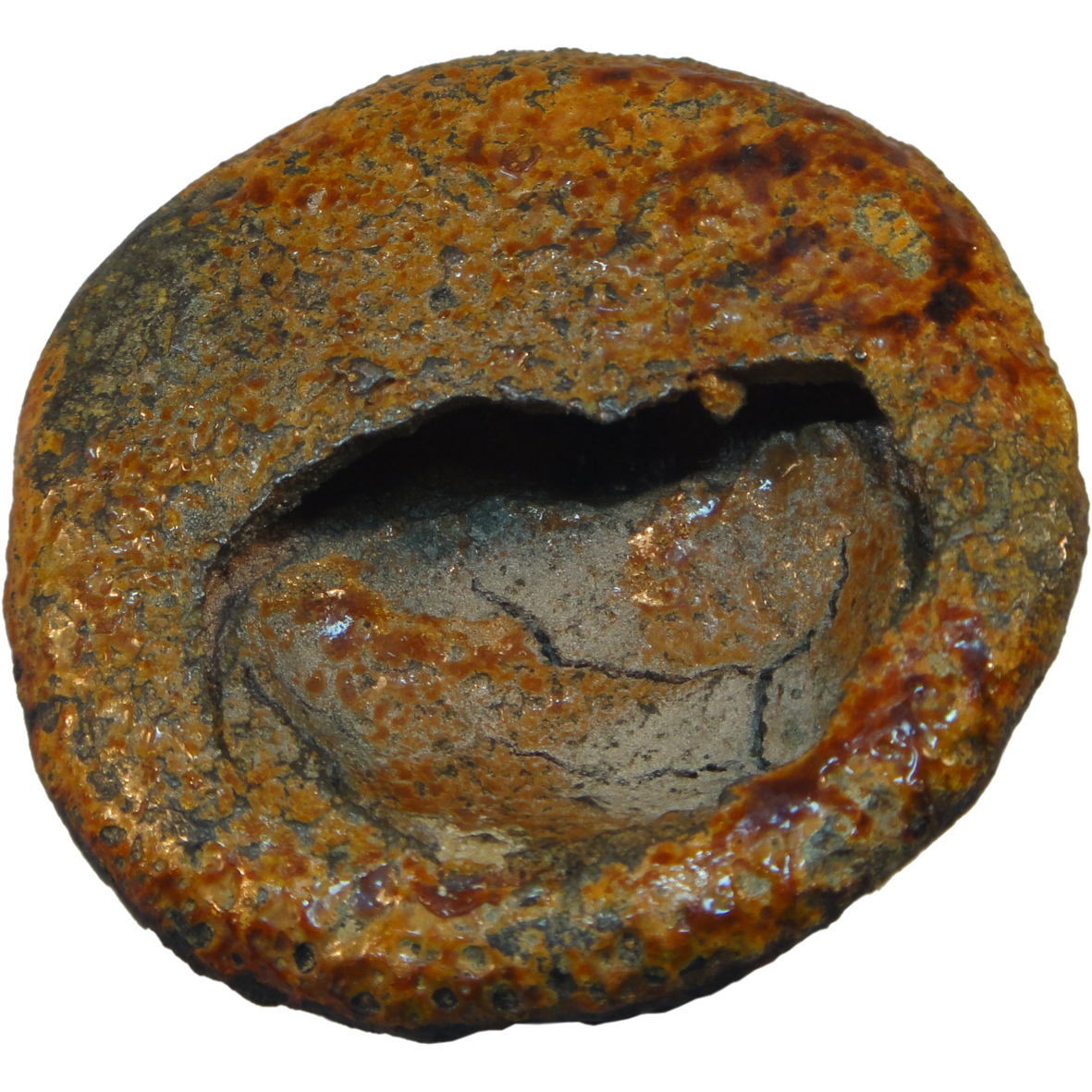 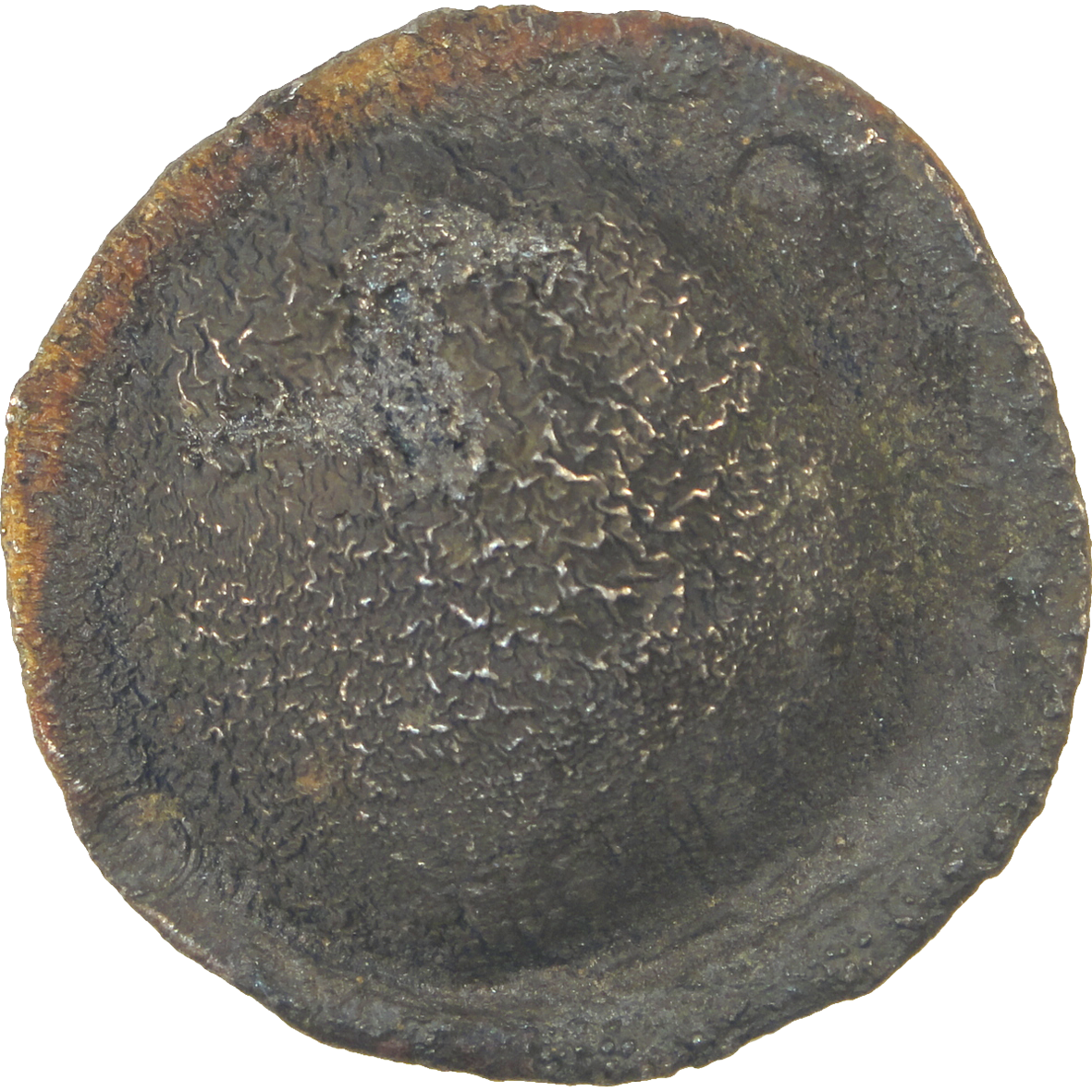 This ingot is tok money, a currency that circulated from the 17th to the 19th centuries in the Kingdom of Lanna (a state centered in what is now northern Thailand). Tok money was characterized by its domed upper side. Beyond that, tok came in different forms – this piece is called tok Chiang Mai, since it derived from the town of Chiang Mai in the north of Lanna. Tok Chiang Mai has a flat and yellowish-brown bottom, while the domed upper side is blackish, and sometimes, as on this piece, stamped.