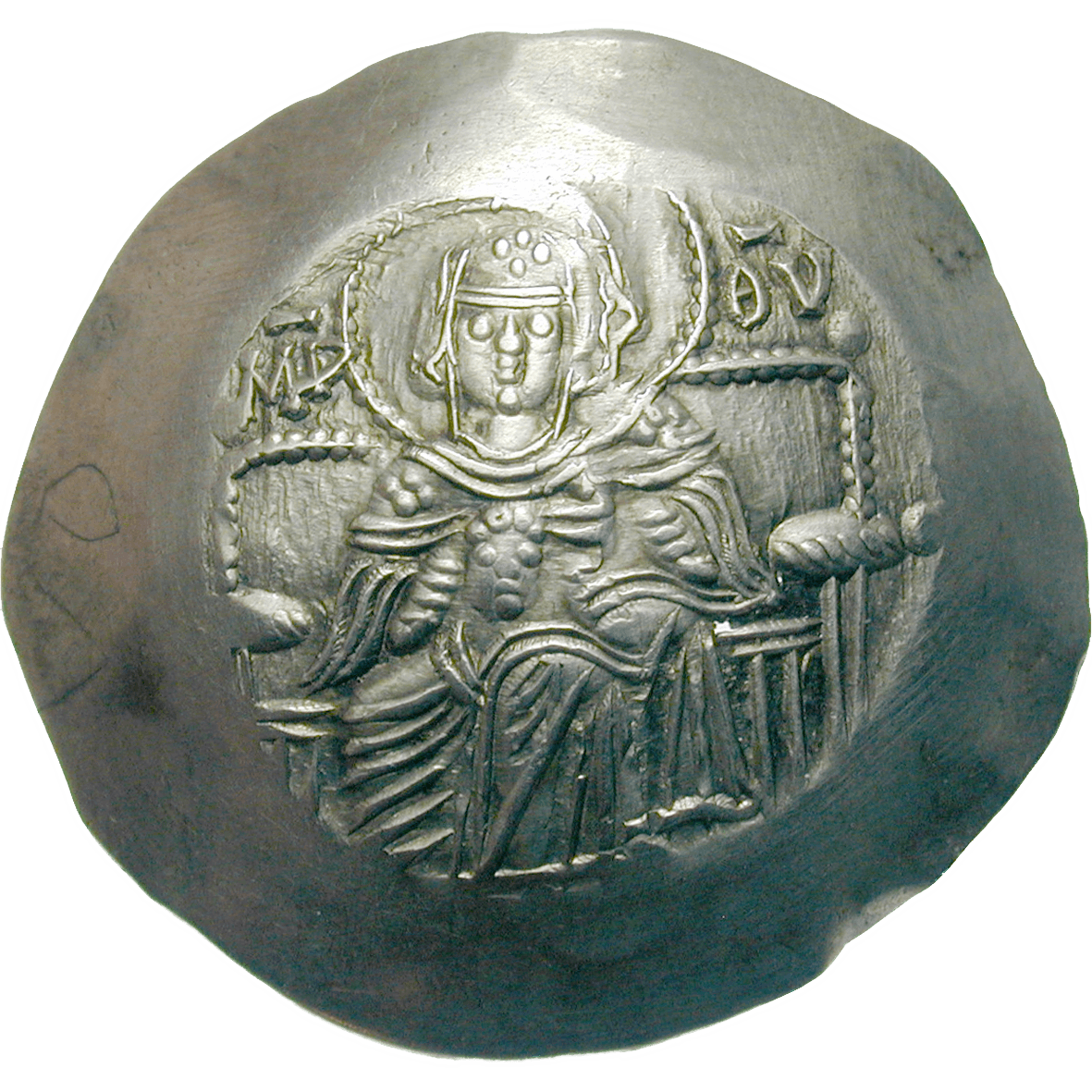 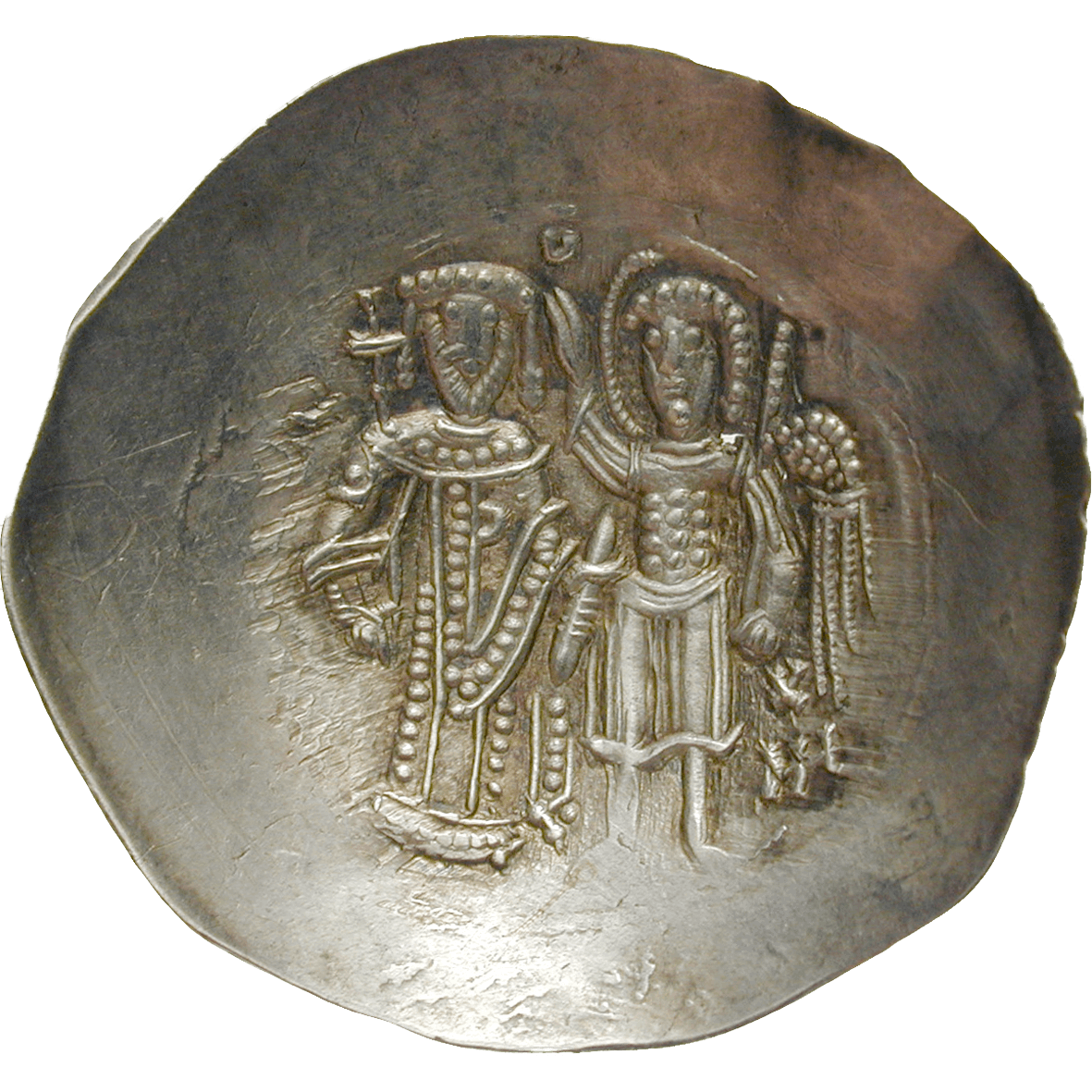 Isaac II came to power unexpectedly in 1185, after the mob of Constantinople had murdered his cousin and proclaimed him emperor. His reign was marked by invasions, usurpations, and other uprisings. In 1195 he was overthrown by his own brother, blinded and imprisoned. With the help of the crusaders from the Fourth Crusade, Isaac's son Alexius freed his father after eight years from the dungeons of Constantinople. Blind old Isaac ascended to the throne again, this time with his son Alexius IV as co-emperor. Their reign didn't last long, however. In January 1204 they were swept from power and killed. It had been the custom in Byzantium for a long time to depict the emperor on the reverse of the coin. Isaac is depicted on the right side of the face, a cross in his hand. At his left is the archangel Michael just about to crown him. The obverse shows the Virgin Mary on a throne, holding a medallion with the bust of Christ in her lap.