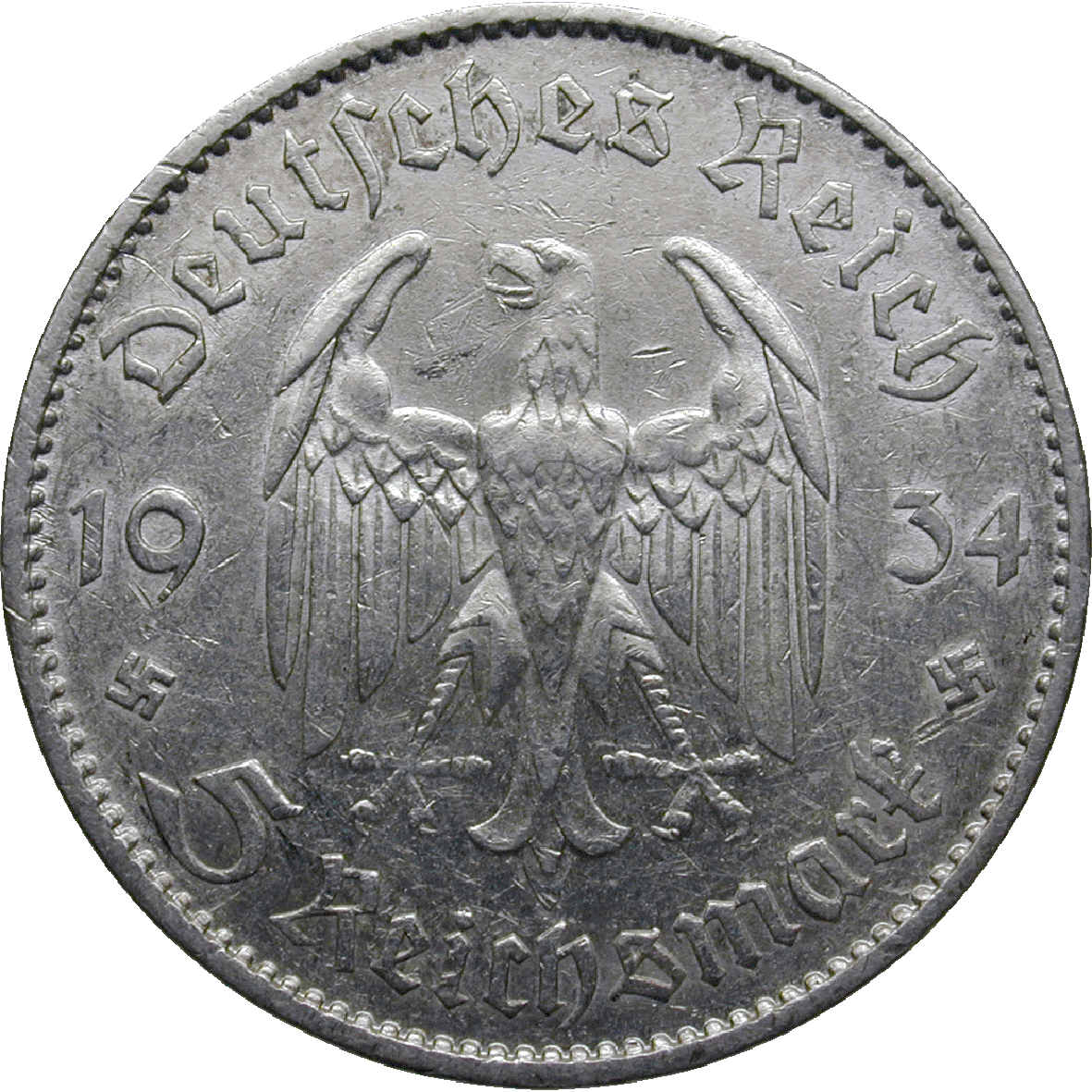 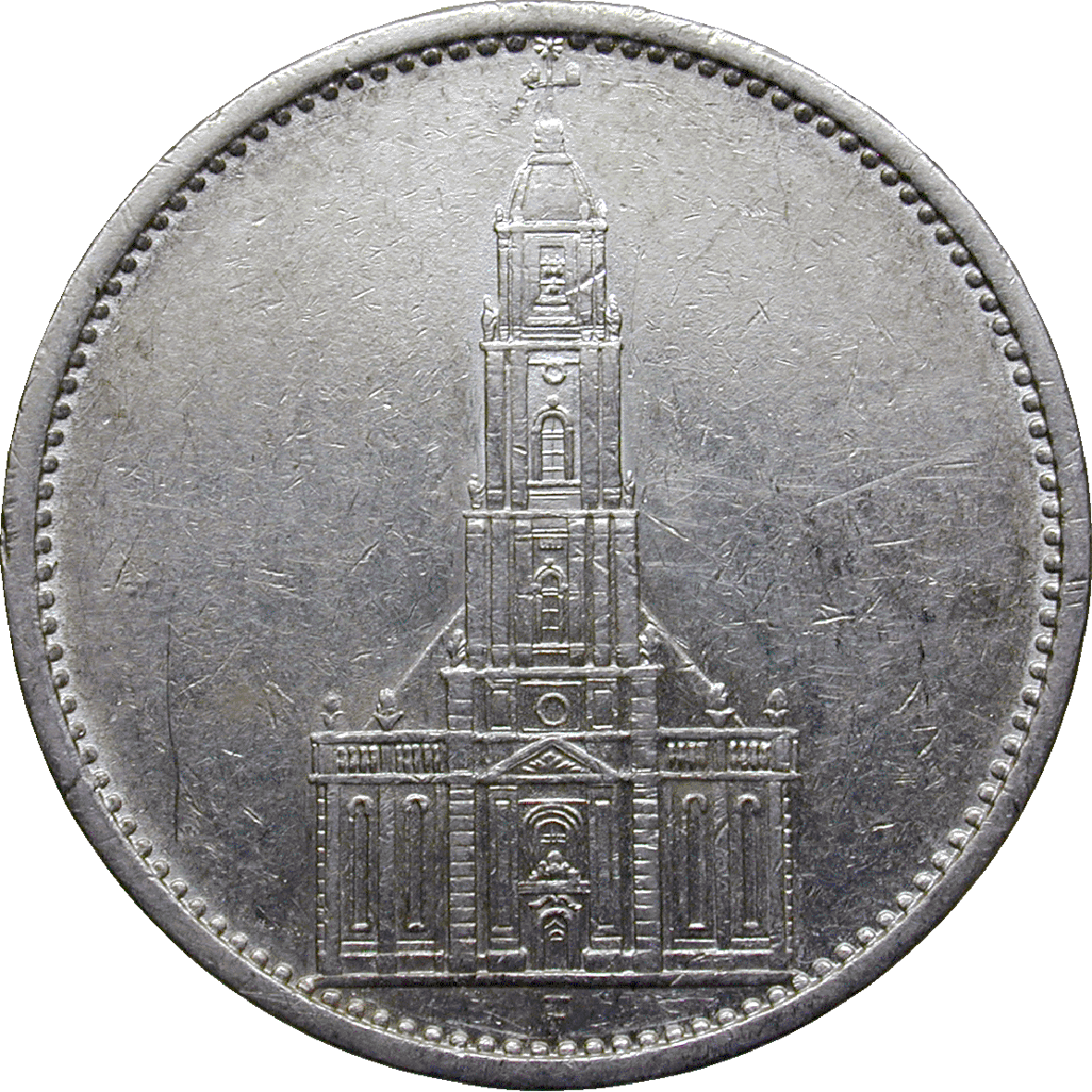 This coin was used for political propaganda during the Nazi period in Germany. Opponents of the regime used the surface next to the church tower for their own inscriptions. There are coins with the engraving 'Hitler peg out.' Others carry the inscription 'Red Front' and a Soviet star, or 'all Nazis are murderers ands arsonists.' At first, the German Reichsbank refused to exchange such coins, because German law did not allow for the redemption of altered coins. The Gestapo however, the German secret police, wanted these coins to be demonetized, because of their feared ill effect for the regime.